Die Toten Hosen and Kraftklub are among the German bands planning to rock Chemnitz on Monday. They want to send a message in view of massive violent far-right unrest in the eastern German city. 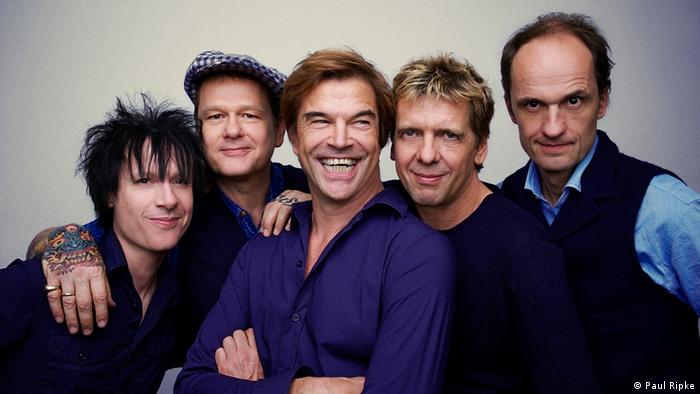 Several German bands are headed to Chemnitz for a late afternoon open air concert on Monday, taking a stand against racism, violence and xenophobia.

The eastern German city has been the scene of protests and far-right violence over the last week.

The line-up for Monday's free concert under the motto #WirSindMehr ("We are more") includes Germany's Die Toten Hosen.

Along with the popular punk rock band, rappers Marteria & Casper, K.I.Z, Feine Sahne Fischfilet as well as local bands Trettmann and Kraftklub are performing on the square at the Karl Marx monument.

Opponents of far right to hold concert in Chemnitz

The concert was initiated by Kraftklub, who came to fame with a hymn to their hometown of Chemnitz.

In a joint statement, the participating musicians paid tribute to the thousands of people took to the streets in Chemnitz to face off the far-right throngs. "We celebrate every one of you," they wrote. "We can't simply leave the streets to this racist mob without a reaction, and hope many more people will come along."

"We want to show all the people who were attacked by neo-Nazis that they are not alone," they said and urged people to head to Chemnitz.

Within hours after the concert was announced, many thousands of fans reacted on Facebook, promising to be there.

Check out our Spotify list to discover the participating bands.

Bands playing at the #WirSindMehr concert