Rioting in Chemnitz was reminiscent of how the 1938 Kristallnacht pogrom unfolded in Nazi Germany, says historian Wolfgang Benz. Friday marks the 80th anniversary of the Night of Broken Glass violence against Jews. 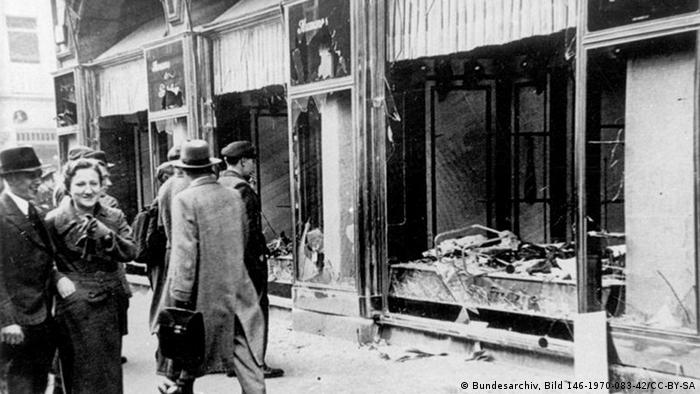 As Germany on Friday remembers the 80th anniversary of the Kristallnacht pogrom against Jews, Wolfgang Benz, the author of many books documenting the Nazi era, said events in the eastern city of Chemnitz this year showed "how easily a pogrom can develop."

Unrest directed at persons perceived as foreign erupted in Chemnitz on August 26 after a fatal stabbing. One night later,  suspected neo-Nazis threw stones and bottles at a Jewish restaurant in Chemnitz. Its proprietor said he was told to "vanish from Germany."

"That was not state-instigated, but it was a persistent hunting of people," Benz told the German dpa news agency, referring to the ongoing debate on how officials defined Chemnitz' weekend unrest. 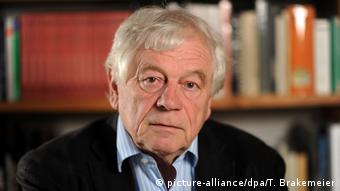 Initially, that rioting was not focused on Jews, Benz said, "but it shows how easily a pogrom can develop, and how easily a mob can be formed and an emotional surge generated."

From discrimination against Jews to persecution

On November 9, 1938, nearly six years after Hitler assumed power, Joseph Goebbels, the propaganda minister, seized on a two-day-old shooting in Paris of a Nazi diplomat and addresses Nazi party adherents in a Munich beer cellar — as noted in his diary — before telephoning attack orders to Nazi paramilitary units across German territory.

Inside Europe: Reflections on Kristallnacht

The pogrom raged until 13 November.

Estimates on the number of people killed vary from between several hundred to 1,300 people being murdered or driven to suicide — far more than the 91 then officially stated shortly after the attacks. Some 1,400 synagogues and prayer rooms, and 7,500 Jewish businesses were destroyed. Some 30,000 people picked out as Jews, mostly men, were taken to concentration camps following Kristallnacht, or the Night of Broken Glass.

"The 9th of November, for which the term Kristallnacht was then quickly adopted, was a turning point: from discrimination against Jews in Germany to persecution," Benz told the KNA Catholic news agency. 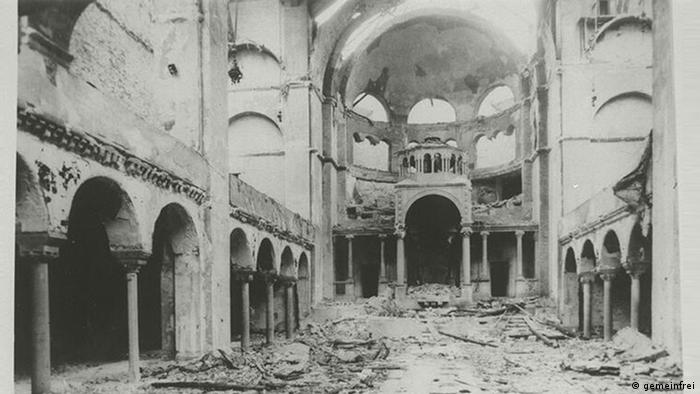 Over 1,000 synagogues in Germany and Austria were destroyed during the Kristallnacht pogrom

"One can say that the Holocaust began on the 9th of November 1938. From then on, violence against Jews was publicly and officially endorsed," said Benz, born in 1941, whose early studies on extremism took him to Munich's Ludwig-Maximilians University in the 1960s and later to direct the Berlin Technical University'sCenter for Research on Antisemitism, from 1990 until 2011.

"In 1938, the state staged a rabble-rousing pogrom against a minority … people let themselves be inveigled by state propaganda, against fellow citizens, to turn against neighbors and business friends," Benz said.

"Everyone knew exactly what was happening," he stated.

'Hitler began as a populist'

Asked about present-day Germany, Benz told KNA he saw the far-right opposition Alternative for Germany (AfD) party as regressive: "absolutely resistant against enlightenment and liberal accomplishments, without which our modern form of life would no longer be conceivable."

"That [voter] adherence to this movement is rising shows that not much has been learned from history," added Benz. "Adolf Hitler as mass criminal began his career as a populist."

Germany will mark the anniversary of the Kristallnacht pogrom at ceremonies across the country on Friday.

Israel honors those who helped Jews

An eight-part encyclopedia on Nazi era edited by Professor Benz