Austria will not sign on to a landmark UN pact regulating global migration. The right-wing government of Sebastian Kurz is following in the footsteps of leaders from the United States and Hungary. 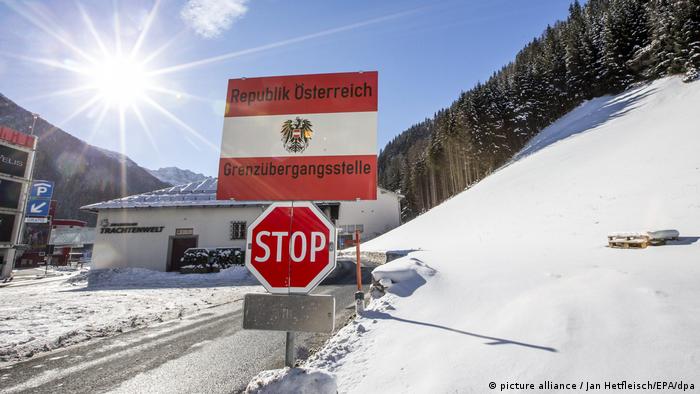 Austria will not sign a United Nations agreement on migration, Chancellor Sebastian Kurz said on Wednesday, arguing that the pact could not adequately regulate migration and failed to adequately distinguish between legal and illegal migration.

The decision by the country's right-wing government follows in the footsteps of the United States and Hungary, whose populist leaders have backed out of the agreement known as the Global Compact for Safe, Orderly and Regular Migration.

"We have decided that we will not join the pact," Austrian Chancellor Sebastian Kurz told Austrian public broadcaster ÖRF. Kurz, head of the conservative People's Party (ÖVP), currently governs in coalition with the far-right Freedom Party (FPÖ). The coalition has taken a hard-line approach to immigration.

Austria will not send an envoy to the pact's signing in December in Morocco, Austrian media reported.

"We will, therefore, abstain in the vote at the UN General Assembly in the year 2019," Kurz added.

"Migration is not and should not become a human right," Vice Chancellor Heinz-Christian Strache from the far-right FPÖ said,  reported Austrian newspaper Der Standard. Later, Strache said, "We decide who comes into Austria and no one else." 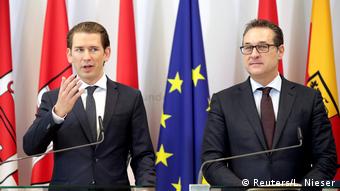 The far-right, populist government of Kurz (L) and his vice chancellor, Strache (R), has taken a hard line on immigration

The European Commission expressed its "regret" over Austria's decision.

"Austria has played an extremely constructive and key role in the negotiations on the global compact on migration, putting the position of the participating 27 EU member states forward, which is why we find the decision today regrettable," Commission spokeswoman Natasha Bertaud said in a statement.

The Global Compact for Safe, Orderly and Regular Migration is the first-ever UN global agreement laying out a common and comprehensive approach to international migration.

Based on international human rights law, the pact includes 23 objectives aimed at improving migration management at the local, national, regional and global level. While it aims to foster international cooperation on migration, stating that, "no State can address migration alone," the pact also "reaffirms the sovereign right of States to determine their national migration policy and their prerogative to govern migration within their jurisdiction, in conformity with international law."

The Kurz government had "considerable content-related concerns" over the pact, Der Standard reported, saying that it found 17 of the pact's 23 objectives problematic.

According to Austrian broadcaster ÖRF, the government objected to the creation of migrant as a category that does not exist in public law. The government also took issue with the goal of helping irregular migrants achieve a regular status based on individual assessment.

Since taking office, the Austrian coalition government has tightened restrictions on rights and benefits for migrants and asylum-seekers and promised to crack down on illegal migration into the EU.

The UN pact had been approved in July by all 193 UN member nations except the United States. Hungary later said that it would not sign the final document. It is not a legally binding document.

Poland is also mulling over withdrawing from the pact.

UN, without US, presents global compact for safe migration

All United Nations members — except the United States — have committed to a compact for safe migration. It is the first global document to tackle the issue and reduce human smuggling and trafficking. (14.07.2018)

Austria's right-wing government is working hard to drastically cut migration, with many applauding its efforts. Unlike in Germany, Austrians seem unable to protest the far right, Elizabeth Schumacher found in Vienna. (28.09.2018)