November 9 is remembered both positively and negatively in Germany. Celebrations mark the fall of the Berlin Wall in 1989, but more somber events commemorate an anniversary of Nazi brutality. 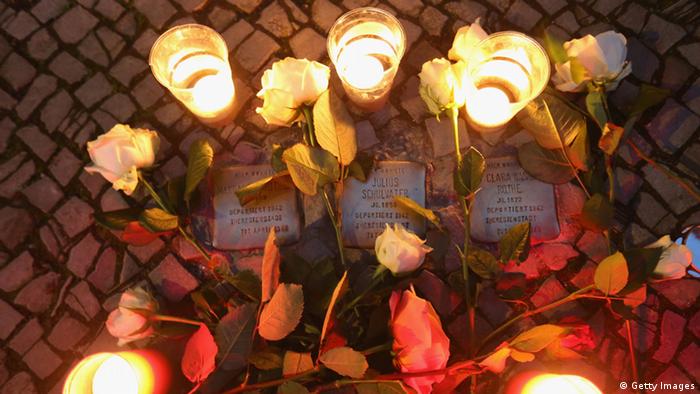 On Monday, Germany is commemorating both the fall of the Berlin Wall in 1989 and Kristallnacht: 1938's Night of Broken Glass.

The main celebration of the end of Germany's four decades of East-West separation will take place at the Berlin Wall Memorial in the capital.

In addition to other events nationwide, victims of Kristallnacht will be remembered through discussions and readings by Jews, Catholics and Protestants at the Sophienkirche in Berlin. The church is located near the New Synagogue, which was one of the many places damaged during the Nazi-inspired pogrom against Jews across Germany and Austria. 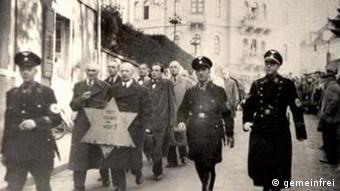 Many Jewish businessses and apartments were destroyed and several hundred Jews are believed to have been killed. Thousands were sent to concentration camps the following day.

German President Joachim Gauck will visit Oranienburg, a town about 35 kilometers (20 miles) north of the German capital to speak with members of the Jewish community at the former site of a synagogue.

The anti-immigration group PEGIDA has planned a rally for Monday night on a square previously named for Adolf Hitler in Dresden. The group's first anniversary attracted between 15,000 and 20,000 people to a demonstration on October 19. 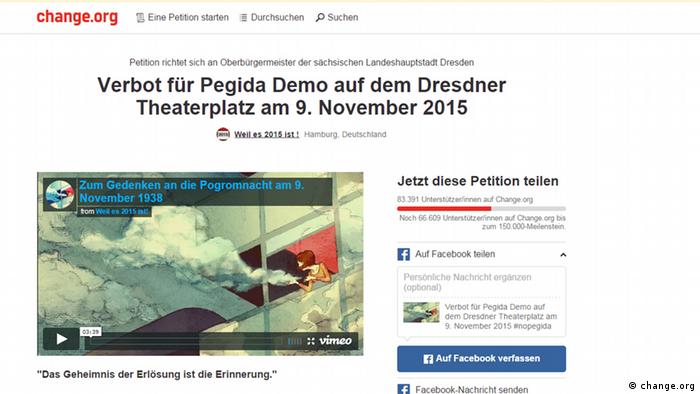 Since Saturday, 80,000 people have signed an online petition asking the city's mayor to cancel or at least move the demonstration out of respect for the victims of right-wing violence in 1938.

PEGIDA leader Lutz Bachmann accused the German justice minister of being "one of the worst intellectual arsonists since Goebbels." He almost faced criminal charges - and one lawyer thinks that's an admission of defeat. (03.11.2015)

Germany is celebrating 25 years since its national reunification. President Joachim Gauck has used the occasion to call for unity in handling the current refugee crisis. (03.10.2015)