The number of registered attacks against refugee accommodations and asylum seekers in Germany has doubled in the last three months. Severe crimes such as arson, bombings and assault have tripled. 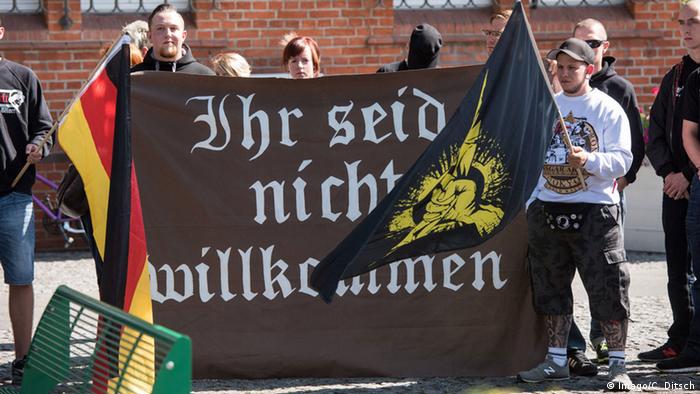 The number of attacks on refugee accommodations has jumped from 136 in the second quarter to 274 in the third quarter of this year, according to an article in the "Saarbrücker Zeitung" newspaper on Saturday.

The number of participants in neo-Nazi demonstrations against refugees has also spiked to 5,800 people between July and September. In the previous quarter the number was only 800.

"Protests against refugees are now used by Nazis as a central theme to mobilize," Jelpke told the German newspaper.

The number of neo-Nazi protestors includes demonstrations by groups such as the NPD and the Third Way, but does not include anti-immigration demonstrations organized by PEGIDA.

Yet, much of the data on attacks and demonstrations is still lacking, Jelpke said. For example, there is no federal data breaking down arson attacks on inhabited versus uninhabited refugee accommodation. It is also unclear how many of the attacks were right-wing inspired.

The spike in attacks and rise in support for far-right groups comes as Germany is expecting up to one million refugees fleeing conflict and poverty by the end of the year.

Neo-Nazi more than a danger to refugees

In September alone there were 1,380 extreme-right motivated crimes and 104 attacks registered across Germany, according to Die Linke politician Petra Pau.

There were also 203 anti-Semitic attacks in the third quarter, or nearly two a day.

Violence against refugees rising in Germany

Attacks against asylum seeker housing, including arson attacks, are on the rise, the German newspaper Die Welt reports. Advocates say they are alarmed by the trend. (05.11.2015)