Chemnitz attack on Jewish restaurant — 'It is five past midnight'

The reported attack on a Jewish restaurant in the eastern German city of Chemnitz has shocked the Jewish community in Germany. The government's anti-Semitism commissioner has spoken of a "new quality" of offense. 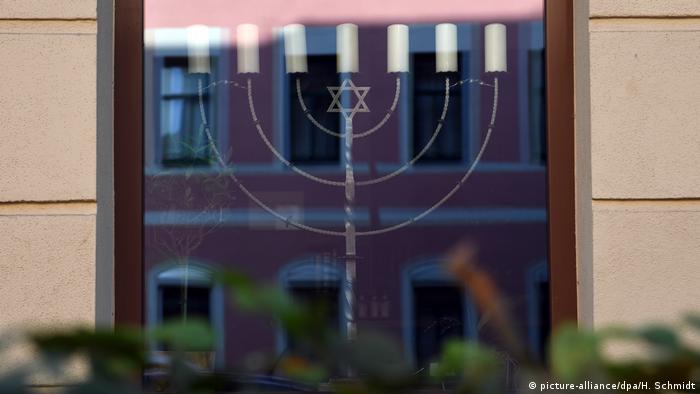 Representatives of the Jewish community in Germany have expressed extreme concern after reports that a Jewish restaurant in Chemnitz was attacked by a group of neo-Nazis at the end of August, and criticized authorities for downplaying the seriousness of the situation in the city.

"The reports of the attack by neo-Nazis on the kosher restaurant 'Schalom' in Chemnitz shocked me," Josef Schuster, the president of the Central Council of Jews in Germany, said in Berlin on Sunday.

"I do not understand the attempts by some politicians and representatives of security authorities to whitewash the situation in Chemnitz," he said, adding that "attempted reassurance and a lack of distance to right-wing populists plays right into the hands of such elements."

"It is five past midnight," Schuster said. "The obvious efforts of constitutional authorities to trivialize these incidents makes me have serious doubts about their work." 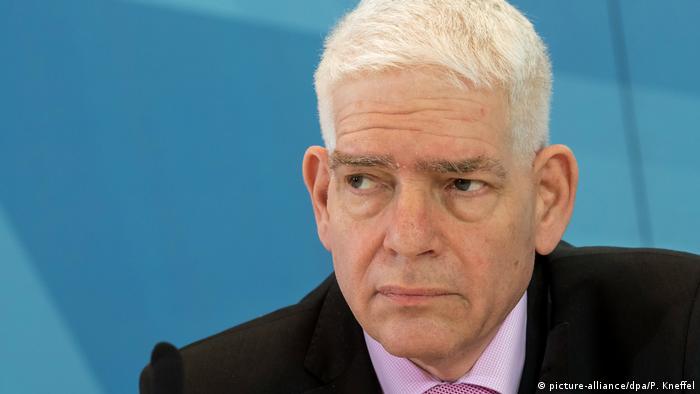 Schuster says authorities have made too light of events in Chemnitz

Schuster's comments come as the head of Germany's domestic spy agency, Hans-Georg Maassen, comes under increasing pressure to explain comments that some have seen as an attempt to talk down the gravity of recent violent far-right protests in Chemnitz.

Among other things, Maassen has cast doubt on the authenticity of videos purporting to show far-right demonstrators pursuing foreigners.

Interior Minister Horst Seehofer said on Sunday evening that Maassen had to give an explanation for his views to the Interior Minister by Monday. Speaking to public-service broadcaster ARD, Seehofer voiced confidence in Maassen, but said the intelligence chief bore "responsibility for the way he put things and for his theories."

The protests in Chemnitz erupted after a German man was allegedly stabbed to death by three migrants from Syria and Iraq.

The former president of the Central Council, Charlotte Knobloch, warned on Sunday that the attack in Chemnitz was an attack on German society in general.

"Attacks on Jewish life of the kind we are experiencing again now are unbearable," she told newspapers from the Redaktionsnetzwerk Deutschland, saying that assaults by far-right groups on Jewish restaurants woke terrible memories.

Read more:Anti-Semitism on the rise? Western European Jews think so

"If the reports are true, we have to do with a new quality of anti-Semitic offense in the attack on the Jewish restaurant in Chemnitz. It conjures up the worst memories of the 30s," he said, referring to the atrocities carried out by Germany's Nazi regime against Jews in the run-up to and during World War Two. 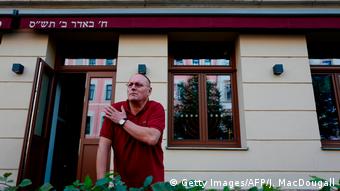 Dziuballa says he was hit in the shoulder by a rock

During the attack by some dozen people on the restaurant on 27 August, the assailants threw large stones, bottles and other objects, according to the owner, Uwe Dziuballa. He himself was hit on the shoulder.

According to a report in the newspaper Welt am Sonntag, the attackers also called out "Get out of Germany, you Jewish pig." The newspaper said that criminal investigation authorities in the state of Saxony, where Chemnitz is situated, had confirmed an official complaint by the restaurant owner about the attack.

According to Dziuballa, the restaurant has been the target of repeated anti-Semitic offenses since it opened in 2000.