The German government's popularity has taken a battering following a protracted internal dispute over migration policy. A new poll shows only one in five Germans is happy with the leadership's performance. 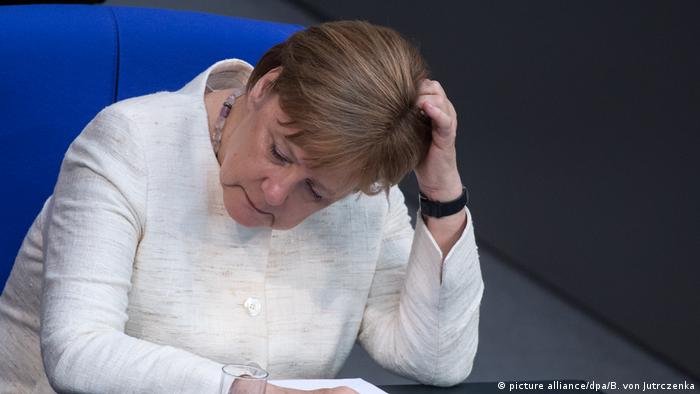 Chancellor Angela Merkel's government is falling in the public's estimation amid a damaging row over asylum policy, according to a poll released Thursday.

In the latest "Deutschlandtrend" survey almost 80 percent of respondents said they were somewhat, or completely, dissatisfied with the ruling coalition. That's a jump of 15 percentage points since June. Only 21 percent said they were happy with the country's leadership.

The poll, commissioned by German public broadcaster ARD, comes after weeks of bickering within the coalition over asylum policy.

It also shows that 56 percent believe the government's asylum and refugee policy takes up too much room in the general debate at the moment. 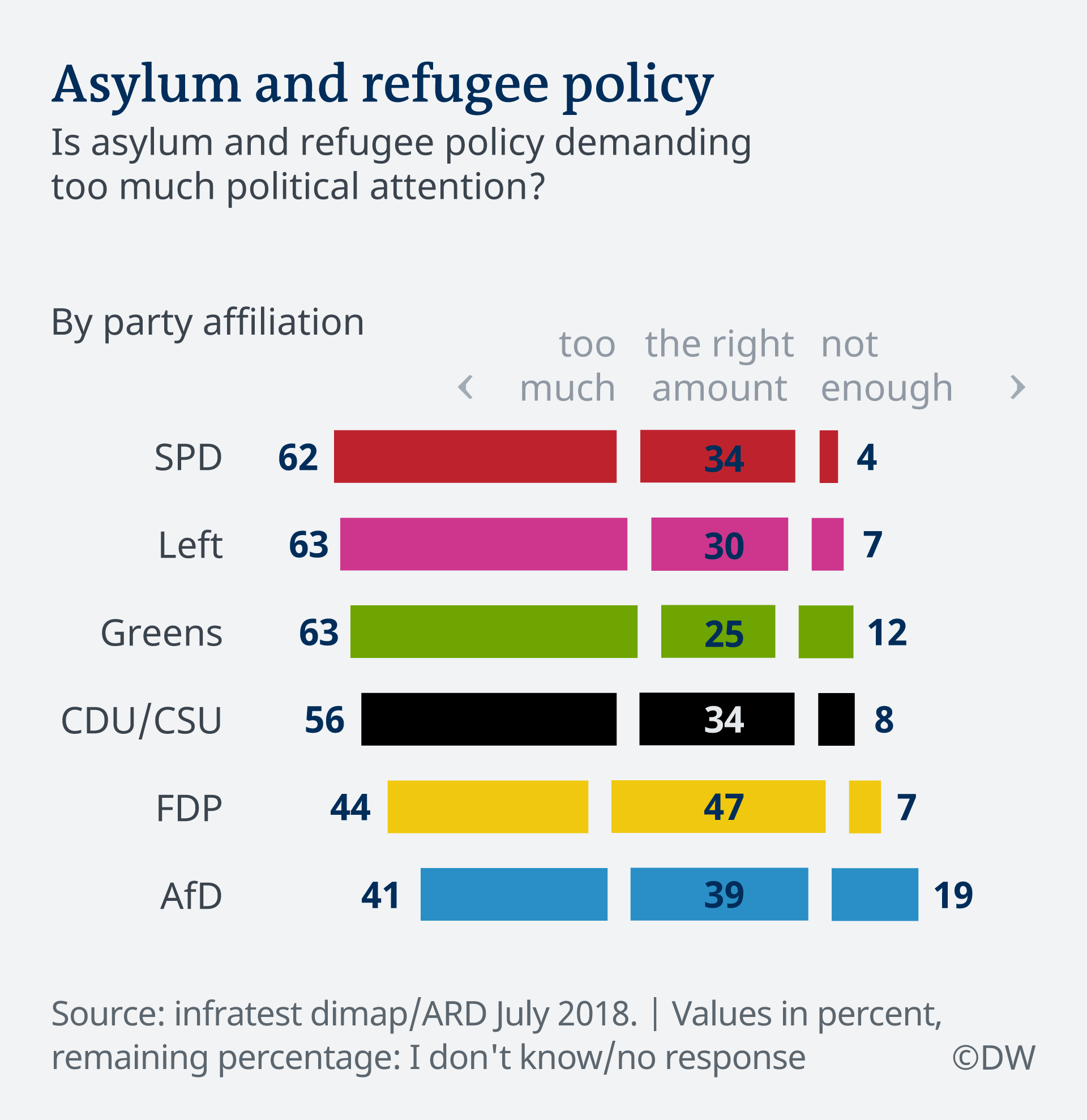 Seeking to quell a rebellion that threatened to bring down her government, Merkel agreed late Monday to tighten border controls. The controversial new plan envisions setting up transit centers on the Austrian border and turning back migrants who have previously registered in another European Union member state.

The conflict saw Merkel's popularity drop slightly over the past month, from 50 to 48 percent. However, Interior Minister Horst Seehofer, who threatened to resign unless his demands for stricter asylum rules were implemented, took a much greater hit. His overall approval rating fell 16 percentage points to 27 percent.

Two-thirds of those surveyed felt Merkel was losing control of her Christian Democratic Union (CDU) and its Bavarian sister party, the Christian Social Union (CSU), which is led by Seehofer. 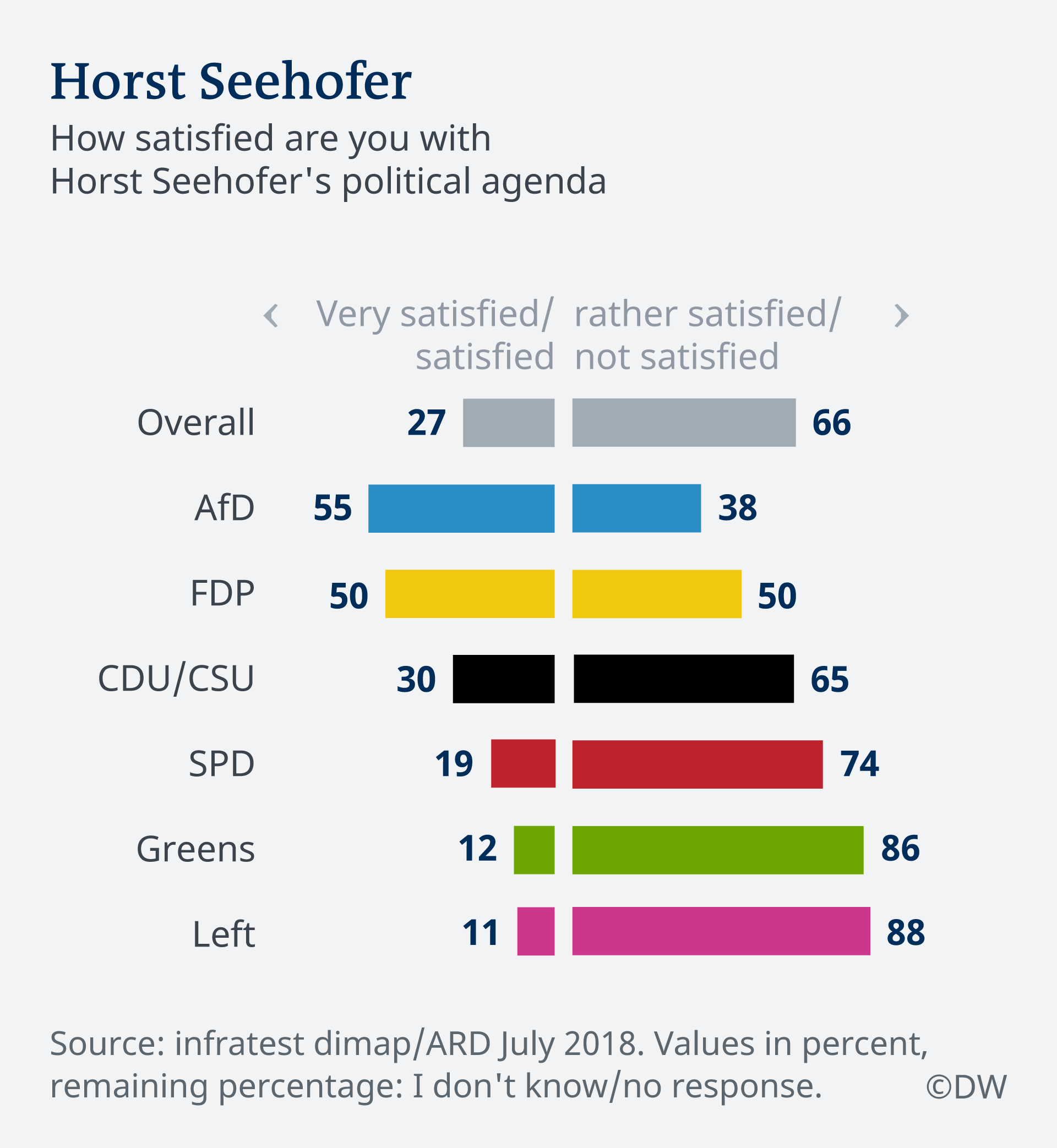 More than 70 percent of voters said they felt Seehofer's behavior had weakened the CDU/CSU, while 55 percent said it was a positive thing to have someone in government criticizing Merkel's refugee policies.

A majority of respondents — just over 60 percent — said they were in favor of the plan for transit centers, while 34 percent disagreed with it.

Merkel's three-party coalition, which also includes the center-left Social Democrats (SPD), has only been in power for about 100 days. The chancellor's position was weakened significantly following inconclusive elections in September, and she was only able to forge a government following months of difficult talks. 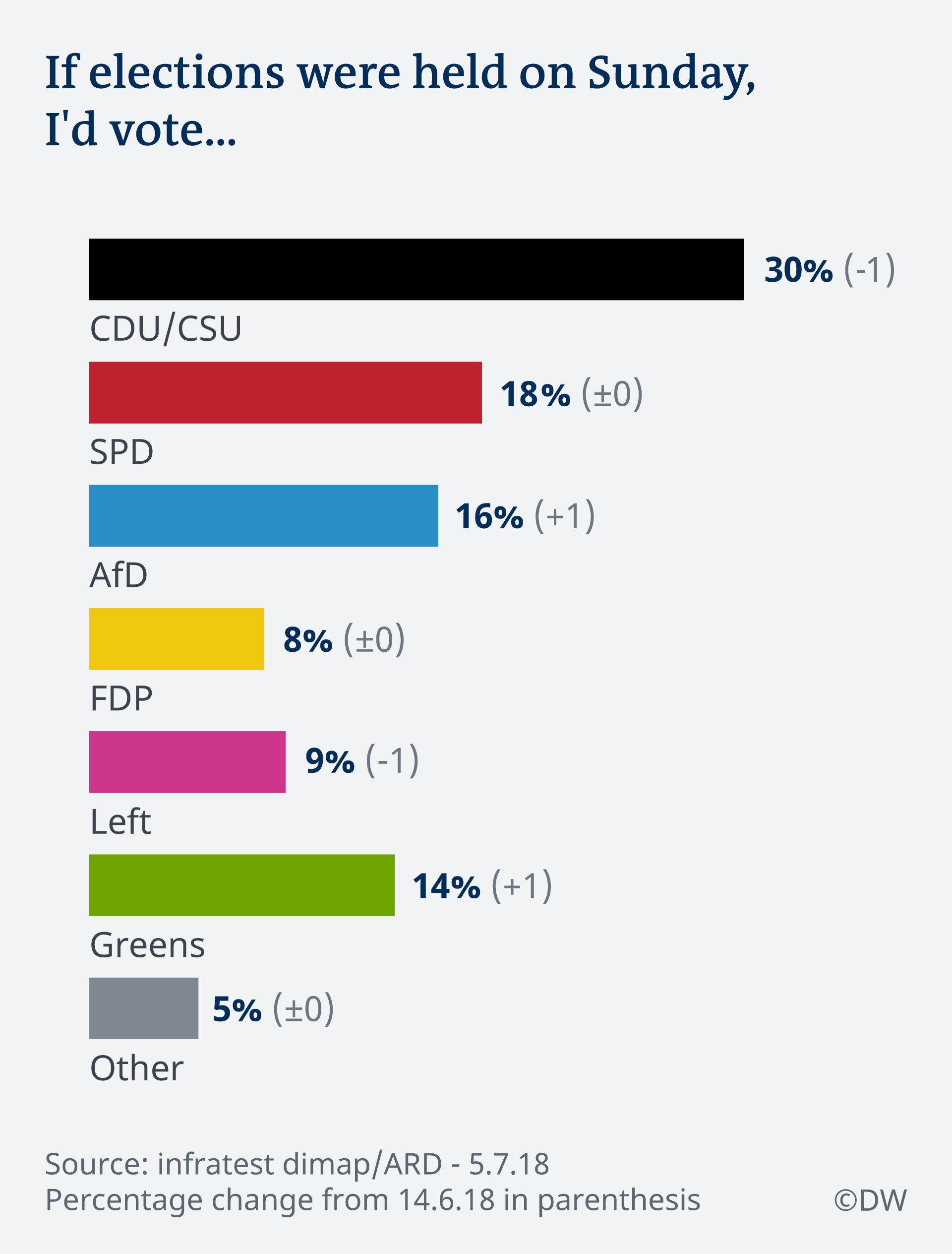 The survey of 1,005 citizens was taken on Tuesday and Wednesday, with a margin of error of 1.4 - 3.1 percentage points.

A second poll of 1,505 respondents said that if another election were held now, the CDU/CSU would win 30 percent of the vote, down one point, while the SPD would remain steady on 18 percent. Such an outcome suggests that the three parties would no longer be able to form a majority government.

The anti-immigration Alternative for Germany (AfD) gained one point, moving up to 16 per cent. The Greens also rose a point, to 14 per cent. The Left dropped a point to 9 per cent, and the liberal Free Democrats stayed at 8 per cent.

Addressing parliament for the first time since her clash with Interior Minister Horst Seehofer, the German chancellor sought to stress a common way forward. But things remain tense both inside and outside her coalition. (04.07.2018)