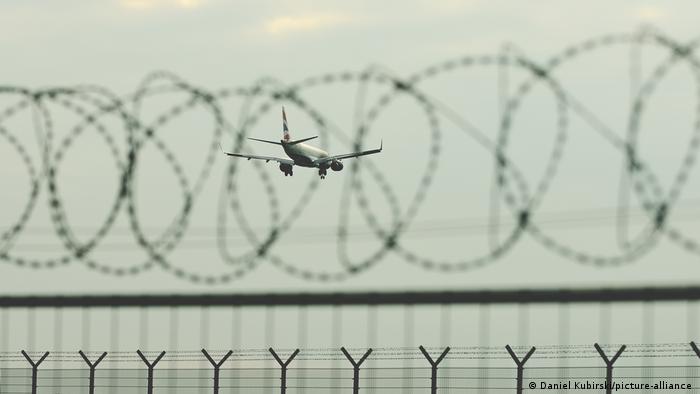 Germany's current general deportation stop to Syria should not be extended, Interior Minister Horst Seehofer said Friday, urging that individual case-by-case decisions be made "at least for criminals and those considered a threat."

In 2012, Germany passed a ban on deportations to war-torn Syria, regularly debating it and extending it based on periodic Foreign Ministry assessments. Currently, nearly 6,000 Syrians face not-exercised deportations.

The murder of a tourist in Dresden in October, allegedly by a radicalized Syrian Islamist who lost his refugee status in 2019, rekindled calls to expel.

on Friday, Seehofer told news agency dpa that he would press at a December meeting of interior ministers of Germany's 16 regional states that case-by-case expulsions proceed.

The meeting will include the Foreign Ministry's latest Syria assessment, with the reports often used by local authorities across Germany to decide on their handling of asylum seekers.

More than 1 million Syrians have sought refuge in Europe since 2011, when Syria's civil war erupted.

About 770,000 of these live in Germany, according to Mediendienst Integration (Media Service Integration), a network of migration researchers based in Berlin.

Situation in Syria 'not improved'

Seehofer's call on Friday immediately drew objections from both coalition partners and opposition politicians alike, saying the minister was ignoring the reality on the ground.

Boris Pistorius, the state interior minister of Lower Saxony, told Die Welt newspaper the situation in Syria had "not improved, on the contrary."

The impulse to expel dangerous criminals was tempting, but would expose them to torture or death, said Pistorius of the center-left Social Democrats (SPD) federally in coalition with Chancellor Angela Merkel's conservatives — including Seehofer's Bavarian CSU.

Expulsion "would make us no better" than persecutors in Syria, Pistorius exclaimed.

Opposition Greens co-leader Annalena Baerbock told the Funke Media Group newspapers that Seehofer was trying to portray himself as a "law and order politician."

As Germany's interior minister, he knows "all too well" that Syria does not have functioning public bodies that could even organize repatriations," said Baerbock.

"This clearly shows that Mr. Seehofer is not interested in the fatal human rights situation in that country, but with a political signal to the right," said Pro Asyl director Günter Burkhard, alluding to potential far-right voters in Germany's next general election in 2021.

"Syria is a state of torture and Syria is a dictatorship, the regime acts arbitrarily, and persecution can strike anyone," said Burkhard, adding that deportations from Germany would contravene international law.

In Seehofer's defense, Thomas Strobl, state interior minister of Baden-Württemberg and CDU member, told Die Welt that if comparatively safe areas could be identified in Syria, then dangerous criminals should be expelled.