Germany pledged €1.58 billion ($1.78 billion) for Syria at a conference hosted by the EU and the UN. While the event raised a total of $7.7 billion, charity association Oxfam said the sum was "simply not enough." 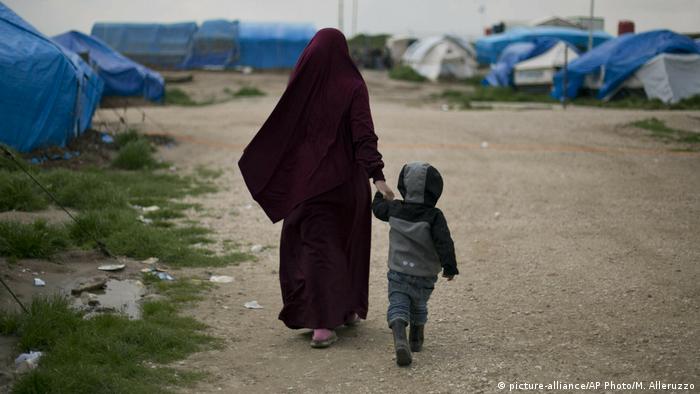 Some 60 governments and non-state actors pledged a total of $7.7 billion (€6.9 billion) in humanitarian aid for Syria and Syrian refugees, as the war-town country faces the additional shock of the coronavirus pandemic.

"We recognize that the circumstances are very unusual, it is a difficult moment in every country to find the resources necessary to relieve the suffering of the Syrian people," said UN humanitarian affairs chief Mark Lowcock on Tuesday.

Children have 'only known war'

The UN estimates that 9.3 million people are now "food insecure" in Syria. The number of people who cannot consistently access or afford adequate food rose by 1.4 million in the last six months, and is now at its highest since the civil war started in 2011.

The price of food is now over 200% higher than at the same time last year, according to UN spokeswoman Danielle Moylan.

"An entire generation of Syrian children has only known war and it is still not over," EU top diplomat Josep Borrel said on Tuesday.

The EU and the UN jointly hosted the Tuesday conference. The donors promised more money than expected and topped the $7 billion raised at a similar conference last year. However, the funds still fell short of the $10 billion requested by the UN. Marta Lorenzo from the Oxfam charity association said the pledges were "simply not enough."

"It's shocking that the international community has failed to recognize the urgency of the situation despite clear calls from Syrian civil society," she said.

Germany pledged €1.58 billion on Tuesday, with Berlin saying it was the biggest donation offered by a single country. The UN will continue to press for more donations during the year.

While estimates on the causalities of the Syrian war vary greatly, some observers believe it has so far claimed around 500,000 lives. The US-based Johns Hopkins University puts the number of confirmed coronavirus cases at 279 as of Tuesday evening, although the World Health Organization warns that the real number of infected is likely much greater and that outbreak is expected to accelerate.

From Syrian war crimes to US hypocrisy in the Julian Assange case, the global "erosion of human rights standards" is of critical concern, UN Special Rapporteur on Torture Nils Melzer tells DW. (25.06.2020)