Development Minister Müller has been forced to cancel a trip to Namibia and delay his return to Germany. He is the latest in a growing list of high-level German politicians grounded by plane trouble. 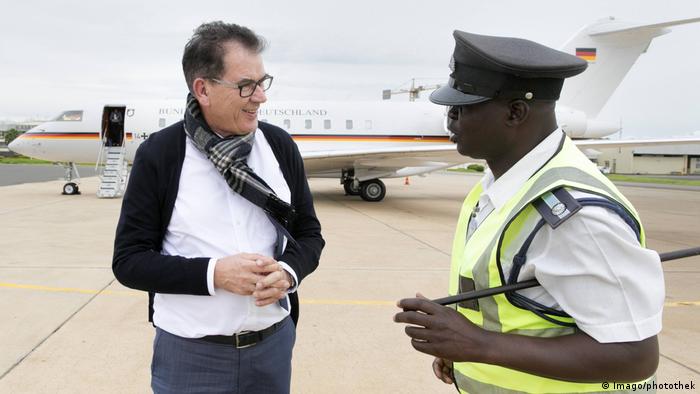 German Development Minister Gerd Müller's schedule has been thrown into chaos, causing him to cancel a visit to Namibia and postponing his return home by at least two days.

The cause of the disruption was yet another government plane breakdown, the latest in a series that saw Chancellor Angela Merkel unable to attend the opening of the November G20 summit in Argentina because of technical problems, and Finance Minister Olaf Scholz stranded in Indonesia after rodents gnawed through the cables of his plane while he was attending International Monetary Fund (IMF) meetings on the archipelago in October.

The minister decried the incidents as "enormously negative symbolic effect for the high-tech nation of Germany."

"These failures must come to an end."

Müller was scheduled to depart Malawi on Monday when his Bombardier Global 5000 was unable to take off due to a defective pressure valve. He was eventually able to continue on to Zambia on a commercial flight but has been stranded there since.

Although he met with Zambian President Edgar Lungu and toured a local copper mine, he was unable to travel to Namibia where he was scheduled to speak with leaders about Germany's historic responsibility regarding its colonial past in the country.

Originally scheduled to fly back to Germany from Namibia late Wednesday evening, it is now unclear when Müller will be able to fly. A government spokeswoman said he is expected to return on Friday.

German air force mechanics have arrived in Malawi to repair the minister's plane, yet they, too, have been forced to bide their time as the replacement valve that was sent their way from Germany is stranded as well. It's in Johannesburg, South Africa.