Germany to tighten development aid conditions for Africa | Germany| News and in-depth reporting from Berlin and beyond | DW | 24.10.2018

African countries have to do more to fight corruption if they want aid money, Germany's Development Minister Gerd Müller has said. Critics have described his plans as well-meaning, but with "neo-colonialist" overtones. 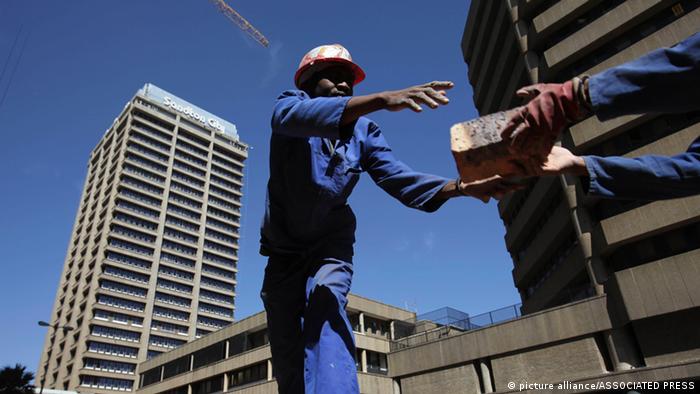 Germany's development minister: "Africa is the growth continent of the future"

Germany is out to tighten up its aid conditions for developing countries, in an attempt to combat corruption, safeguard human rights and stimulate the creation of democratic structures.

In a new strategy paper released ahead of the G20's Compact with Africa summit in Berlin next week, the German Development Ministry outlined plans to reduce the number of partner countries and better control how aid money is spent.

These so-called "reform partnerships," which Germany already has with Ivory Coast, Ghana and Tunisia, would involve the target countries also increasing their own development contributions.

According to the strategy paper, entitled "Entwicklungspolitik 2030" ("Development Policy 2030"), "an important element of this is the creation of domestic finance and tax administrations, accounting offices, and institutions to combat corruption." 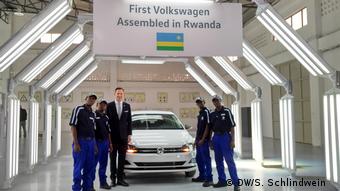 VW has recently opened a factory in Rwanda

Businesses should do their part

Germany sends some €4.4 billion ($5 billion) to developing countries around the world every year, most of which is spent in African countries. Angela Merkel's administration has made a mantra of "fighting the causes of migration" by stimulating African economies, which will be a theme of next week's Compact with Africa conference in Berlin.

The chancellor has said before that she is determined to make encouraging private investment in Africa a focal point of Germany's current G20 presidency.

This week, Müller repeated the message, calling on German businesses to do more to engage. "Africa is the growth continent of the future," he said in an interview with the weekly Die Zeit, to be published this weekend. "In the next ten years as much will be built in Africa as in Europe in the last hundred years. For German engineering, construction and energy companies this will create huge chances." 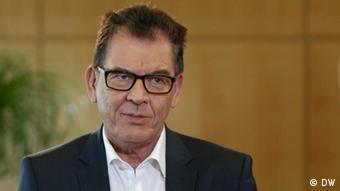 But opposition politicians were not convinced by the talk of a paradigm shift in Germany's development policy. "Minister Müller has once again proven his skill at impressing with nice words," said Green party development spokesman Uwe Kekeritz, who went on to praise everything Müller had said, but doubted that the German government would follow through.

Though Germany had promised to increase its aid budget to 0.7 percent of the gross national income, an international target, the country was "stagnating" at 0.5 percent, Kekeritz said. He added that Müller was resisting recommendations by the government's own German Institute for Development Evaluation (DEval), which recently found that one of the most effective instruments for strengthening good governance in the developing world was directly financing state budgets.

Stefan Liebing, chairman of the German-African Business Association, also said there was a risk that reducing aid by setting more conditions could exacerbate the problem. "Fundamentally we all have an interest in fighting corruption in Africa and improving basic circumstances so that people living there have a better life," he said. "But to be totally honest I think we have a lot of migration from unstable and difficult states. If the consequence (of Müller's plan) was that we reduce the development model it would not contribute much to keeping the people there."

But Liebing also pointed out that German companies were already moving into Africa: auto giant Volkswagen has recently opened a new plant in Rwanda that is "not just selling cars, but new mobility concepts."

Bernd Bornhorst, head of VENRO, an umbrella organization for German development and humanitarian aid NGOs, criticized what he called the "neo-colonialist" overtones of Müller's plan: "There are indeed a lot of problems with the rule of law and corruption," he told DW. "But to now say, 'We'll only give you money if you do everything better,' is only credible if you do that yourself."

For instance, he said, the German government could regulate how German companies do business in the developing world, making sure that working conditions and human rights standards are respected by the companies – not just the governments in those countries.

Bornhorst also criticized the German government's notion that migration can be stopped by simply increasing development aid. "These are questions of the arms trade and foreign policy and structural questions about the economy, which have a longer-term effect than what can be done in the short-term with development policy," he said.

'Africa's women are the key to its success'

Germany's development minister has sparked a debate by calling for EU tariffs to be waived on African goods. Critics question whether import duties are really the issue, or are there other barriers to trade? (09.08.2018)