How far should the EU go to reach its migration agenda? Researchers in Berlin looked at the cooperation between the EU and authoritarian states in Africa. 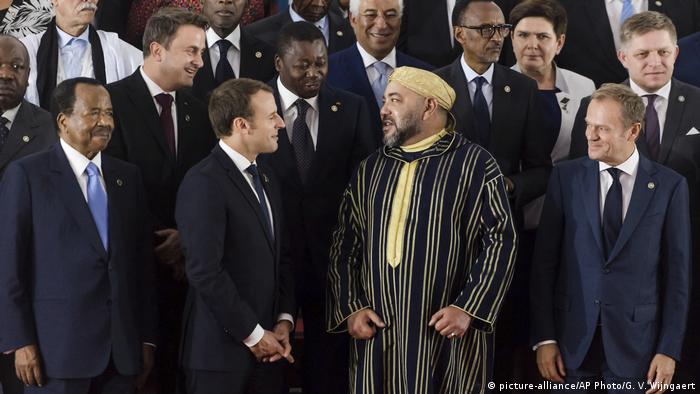 Until just a few years ago, EU financial assistance to African nations was conditional: Those who upheld democracy and the rule of law got funding. In recent times, these priorities have shifted in favor of states that take migrants off Europe's hands, says a study by the German Institute for Security and International Affairs (SWP).

The study looked at authoritarian or semi-authoritarian states that are cooperating with the EU on migration issues such as the repatriation of migrants and refugees, jobs creation in the country, as well as improved surveillance of trafficking routes. The countries included in the study are Algeria, Morocco, Niger, Sudan, Eritrea and Egypt. DW spoke to David Kipp, one of the authors from the Berlin-based research center.

DW: When did your organization realize that the relationship between African and European countries could be problematic?

David Kipp: There was growing interest in the last years in regards to the migration partnerships with Africa and we wanted a better understanding of what these dynamics, these partnerships have on the African side. So my role was to look at the EU interests and how they are implemented in projects in various African contexts. My colleague looked more at the African interests. So together we identified some patterns in the different country contexts.

Why is this issue relevant now?

We see that the EU doesn't really understand that African countries aren't primarily looking for financial aid but they have strategic interests like regional power, the role of the diaspora, remittances, or like lifting the sanctions in the case of Sudan. I think the EU needs to become better at understanding the different contexts of the specific countries. When it comes to authoritarian states, the EU needs to be very cautious not to support repressive governments with the capacities it gives to those countries.

In your view, have the former colonial ties between African countries and EU states affected the plight of migrants today?

There are different layers to this question. Of course migrants and refugees often go to those countries where they speak the language. So people who speak French would rather go to France. But if you look the other way around, you often see that former colonial powers are more active in those [African] states that were once their colonies.

Read more: What are the EU's migration policy priorities?

Your study recommends that instead of its current preoccupation with reducing migrant numbers, the EU should focus on the causes of migration. How can this be done?

I think we need a much longer time frame for this whole cooperation. Right now there are huge expectations on the EU side to deliver fast. So we want to see numbers drop. But this is rather shortsighted. We need long-term solutions and that means partnerships where African countries also really see a benefit. You can't just control migration, you also need to improve free movement of people. This is really important in the African context. And I think reducing forced and irregular movement is the right thing to do but you also have to improve voluntary regular movement at the same time.

David Kipp is an associate researcher at the German Institute for Security and International Affairs (SWP).

The interview was conducted by Jane Nyingi.

This week, 55 African and 28 European government representatives came together in Abidjan to adopt a new strategy for Africa. Despite the expectations, the end result was an utter disappointment, writes Barbara Wesel. (01.12.2017)