German military under fire over Angela Merkel′s plane problems | Germany | News and in-depth reporting from Berlin and beyond | DW | 30.11.2018

Angela Merkel's delayed arrival at the G20 in Buenos Aires did not look good. Once again, the German military was forced to defend equipment failures after a Bundeswehr Airbus she was on broke down. 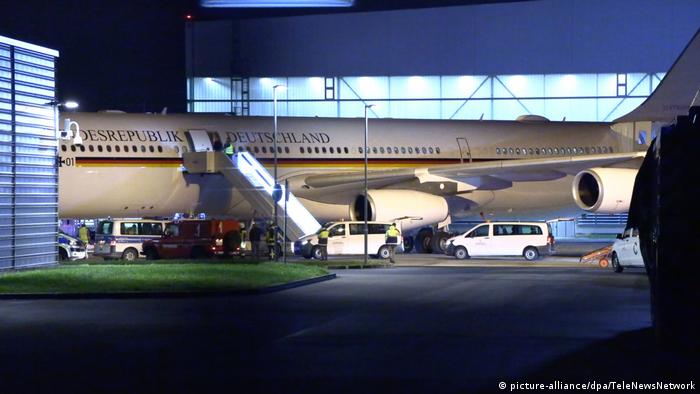 The breakdown of Angela Merkel's Airbus 340-300, named "Konrad Adenauer" after the first German chancellor, looks bad for the German military and damages the country's reputation as the land of hyperefficiency and engineering expertise.

The German air force, which is responsible for the plane, was quick to rule out criminal sabotage, or any connection to a recent spate of attempted hacker attacks on the German government, but that did not appease the press pack on Friday morning, as they peppered Defense Ministry spokesman Jens Flosdorff with questions at the regular government news conference.

The mildly exasperated official explained patiently that the failure of one tiny part, a "distributor box," had knocked out both the radio communication systems on the plane along with the emergency power supply, rendering it unsafe to attempt an Atlantic crossing. Such minor issues, he added, were frequent enough on any plane, "but usually there aren't 40 journalists on board." 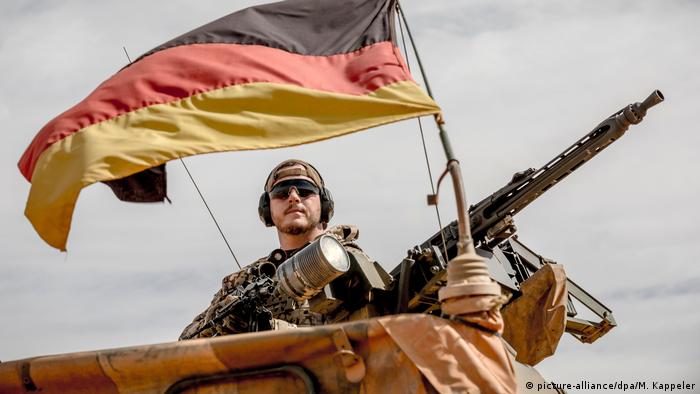 The German army often has to explain its equipment failures

The plane turned around near Amsterdam and landed at Cologne-Bonn airport — which was awkward because the spare, the "Theodor Heuss," was still in Berlin, though flying that far without a functioning radio system would have been dangerous.

To heighten the drama, fire trucks were deployed to the runway at Cologne-Bonn as the brakes were in danger of overheating because of the plane's extra momentum, caused by the full fuel tanks. These weren't used, but this also meant that Merkel, like everyone else on board, was forced to stay on the plane for 70 minutes until the captain gave the all-clear.

The chancellor, along with Vice Chancellor and Finance Minister Olaf Scholz, then had no option but to sit it out in a hotel by a highway before traveling to the G20 summit in Buenos Aires via Madrid on commercial airliners. Obviously, all this disrupted Merkel's carefully laid timetable, (though a scheduled meeting with Russian President Vladimir Putin is to go ahead tomorrow morning).

Meanwhile, opposition politicians were more than willing to use the incident and the rumors of foul play to make general points about the state of Germany's military, especially with reports that far-right terrorist networks had infiltrated the army. "When right-wing terrorist networks in the military are apparently maintaining the best contacts with the (military intelligence agency) MAD, there is every reason to be careful," said Jan Korte of the socialist Left party, in an email to DW. "Even if the defect on the government plane was not sabotage: For the government the incident should be a wake-up call."

All this raised a few other uncomfortable questions, not least about Germany's military reputation — especially in the face of several reports about the dilapidated state of the Bundeswehr's tanks, helicopters and guns. Last month, it was reported that only 39 percent of the heavy equipment delivered to the Bundeswehr in 2017 did not require improvement before it could be deployed, and that gun-makers had failed to provide suitable bids to replace the G36 assault rifle.

Between June 2016 and June 2018, Flosdorff explained, there had been 16 failures of government fleet planes — less than 2 percent of all flights, including training flights.

For one thing, how come the German government only has two planes capable of making long-haul flights? And why such old planes? The "Konrad Adenauer" was built in 1999 and taken over by the Bundeswehr in 2011.

"This is an old issue," said Flosdorff. "We have two planes capable of long-haul flights. Obviously with big airlines the issue doesn't come up, because they have well-established flight plans, which means they have spare parts on the ground. But with us, with travel plans that are only established at relatively short notice, and a fleet that has to travel to all the smallest airfields in the world, where the right logistics aren't necessarily waiting."

Flosdorff said that the government had bought a new plane recently, an Airbus A321, but that it would not have been capable of flying as far as Buenos Aires.

The defense ministry is set to approve a plan to create 5,000 more Bundeswehr jobs than initially foreseen, according to a newspaper report. Whether officials can convince young Germans to sign up is another matter. (26.11.2018)

Germany's state prosecutor has ordered the arrest of seven men charged with forming a far-right terror group known as Revolution Chemnitz. The men are accused of planning attacks on migrants in eastern Germany. (01.10.2018)

The G20 is convening once again and,yet again, little is expected to come out of it. Still, the forum could be of value, says Peter Sturm of the Frankfurt Allgemeine Zeitung, if only it were a smaller affair. (30.11.2018)