The defense ministry is set to approve a plan to create 5,000 more Bundeswehr jobs than initially foreseen, according to a newspaper report. Whether officials can convince young Germans to sign up is another matter. 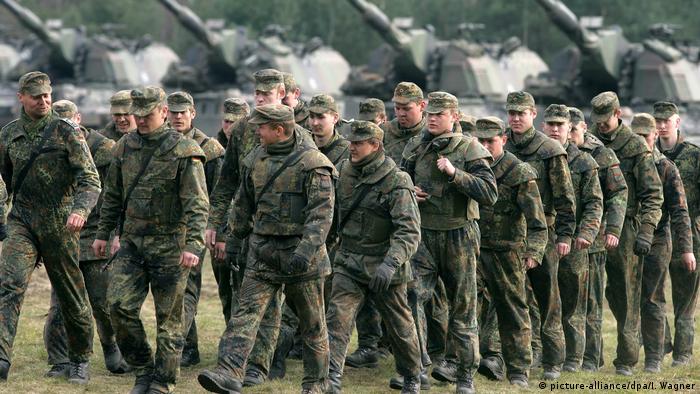 Germany's military is planning to increase the number of active soldiers to 203,000 by 2025 — some 5,000 more than originally planned, the Bild am Sonntag newspaper has reported.

The Bundeswehr's personnel board is set to approve the plan shortly.

The Bundeswehr decreased its numbers every year from the end of the Cold War, when it numbered 585,000, until 2016.

But the Bundeswehr's poor appeal as an employer has challenged recent efforts to increase numbers.

Thomas Hitschler, a Social Democrat (SPD) lawmaker, wrote on Twitter that he was looking forward to the defense ministry's plan at a time when it was "hardly possible to fulfill current personnel demands."