A plane carrying the German chancellor had to turn around and land in Cologne after only an hour in the air due to a technical difficulty. She is now on her way to Buenos Aires on a commercial flight. 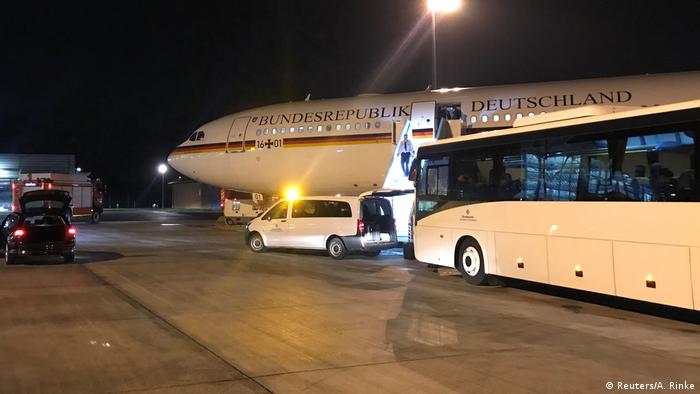 German Chancellor Angela Merkel missed the start of the G20 summit on Friday after her journey to Buenos Aires for this weekend's summit was interrupted on Thursday when the government's "Konrad Adenauer" Airbus experienced technical difficulties in the air.

The delay will likely complicate Merkel's schedule of meetings at the two-day G20 summit. She had planned bilateral talks with US President Donald Trump and the leaders of China, Russia and India.

"It was a serious malfunction," Merkel told reporters early Friday morning, complimenting a "very, very excellent crew" on board the plane.

Shortly after departing from Berlin on Thursday evening, the plane circled over the Netherlands and landed at the Cologne/Bonn airport in western Germany — which is also home base for the government's aircraft. 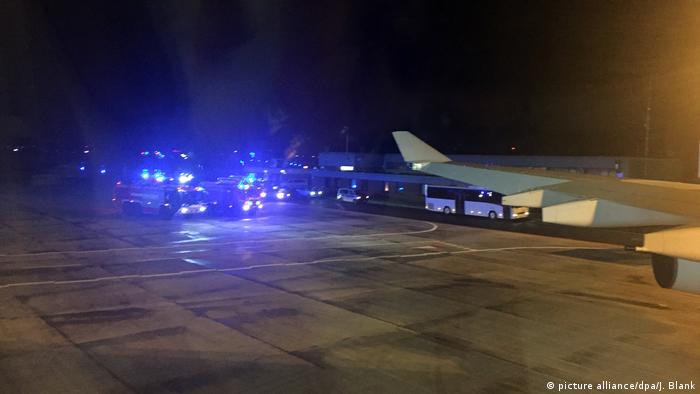 Merkel, who is also traveling with Finance Minister Olaf Scholz and a pool of journalists, stayed overnight in Bonn, the former West German capital, where the Chancellery still maintains a largely ceremonial presence.

She then traveled on to Madrid with a slimmed-down delegation early on Friday morning, from where she set off to Buenos Aires on a regular commercial flight, according to the airline Iberia.

One passenger on the Iberia plane tweeted pictures of the chancellor strolling through the aisle on the plane and taking her seat amongst the other, regular passengers.

Merkel is due to arrive in Argentina shortly before 6:00 p.m. local time (10:00 p.m. CET), where she will be rushed to the summit in time for a planned gala dinner with world leaders.

The pilot informed the chancellor and other passengers that a technical defect had caused the "malfunction of several electronic systems" on the Airbus A340-300.

One paper, the Rheinische Post, reported that the government had been investigating the incident as a potential crime, though government sources said investigations "in all directions" were standard in such cases.

According to the report, the pilot spoke of an unprecedented failure of the communications system, while security sources said such a malfunction was supposed to be impossible.

However, a spokesman for Germany's air force ruled out any sabotage, saying there was "absolutely no indication of a criminal act," and that "the [electronic] distribution box was the cause."

The spokesman added that the box is located deep within the plane and is not easily accessible. Officials were still unable to answer on Friday how such a part could be damaged.

The repeated technical difficulties on government planes as well as Merkel's alternate travel arrangements on a commercial flight were the targets of both concern and lighthearted joking in the German media.

A German satirical news program, the Heute Show, tweeted a picture comparing the way other G20 leaders were arriving at the summit to the German chancellor's commercial airline option. "Merkel opted for an alternative arrival," the Heute Show wrote.

Issues with the government's A340 jets also caused travel problems for German President Frank-Walter Steinmeier during several of his diplomatic trips this year.

Last week, Steinmeier was delayed during a trip to several African countries when the government's "Theodor Heuss" jet — also an Airbus A340 — experienced problems. His trip to Belarus in July was likewise temporarily grounded when the "Konrad Adenauer" suffered issues with its hydraulic system.

Asked about the recent difficulties with government planes, Merkel said the "individual incidents should not make us change the system."

President Donald Trump said he canceled the meeting due to Russia seizing Ukrainian naval ships and their crew. Shortly before Trump's tweet, he'd told journalists he expected the meeting at the G20 summit to go ahead. (29.11.2018)

Defense spending will go up by several billion euros next year, according to a newly agreed budget plan. The budget maintained Germany's zero-deficit tradition, but only by digging into its refugee reserve fund. (09.11.2018)