Chinese authorities have said that a worker in a refrigerated warehouse was infected with COVID-19 after handling imported pork. Experts in Germany say it is "unlikely" that meat packaging was responsible. 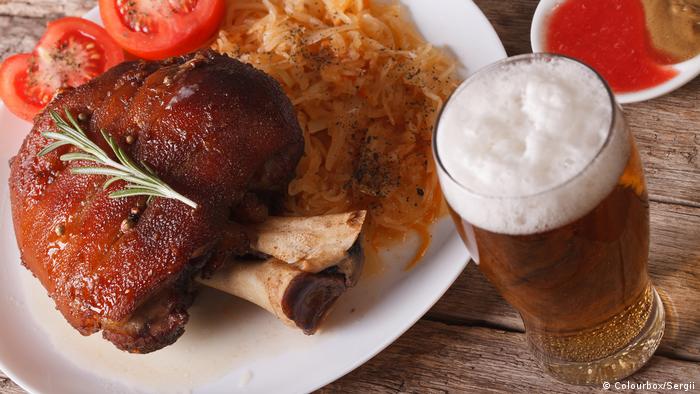 Chinese authorities said at the weekend that the packaging of a frozen pork knuckle sample imported from the northwestern German city of Bremen had triggered a new coronavirus case in China.

The Tianjin anti-epidemic group said that a worker tested positive for COVID-19 after being exposed to imported frozen food while handling packaging in a cold storage facility.

The packaging was initially imported from Bremen to Tianjin and from there to the city of Dezhou in Shandong Province.

Chinese state newspaper the Global Times reported that doctors diagnosed the 38-year-old worker as a mild case. He is said to be receiving treatment at a designated hospital while eight of his close colleagues were quarantined for medical observation.

Fifty-nine other contacts have also been tested and placed under quarantine as a precaution. Their results were pending.

China traces back to Bremen port

Tianjin officials said in a news conference on Sunday that the pork knuckle sample that tested positive for COVID-19 came from the German port of Bremen. The package arrived in Tianjin on October 19, and was then shipped to Dezhou on November 5.

The anti-epidemic group said that in addition to a contaminated forklift, a doorknob at the cold storage facility, located in China-Singapore Tianjin Eco-City, also tested positive for COVID-19.

Authorities in Taiyuan in Shanxi Province, meanwhile, said they detected the virus on the packaging of food products imported via Tianjin. 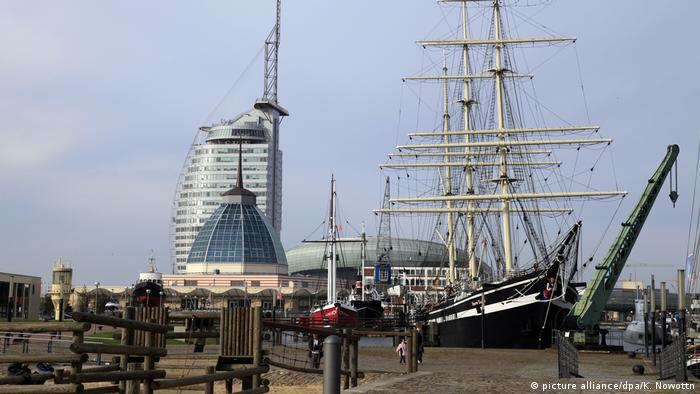 According to Chinese authorities, the pork was shipped from Bremen's port

Read more: 'Eating meat is no longer a private matter'

Tianjin authorities have since implemented stricter controls to prevent further outbreak, according to Chinese media.

Large parts of China are considered to be free of the virus and outbreaks are fought with strict measures including lockdowns and mass testing.

China has blamed imported frozen foods or their packaging for COVID-19 infections on several occasions.

It is still unknown from which German slaughterhouse the pork knuckle came from.

"There is no pig slaughterhouse in Bremen and also no processing plant," said Bremen Health Senator Lukas Fuhrmann on Monday.

According to Senate spokesman Christian Dohle, there is also no company in Bremen that packs pig parts and has an export permit for China. Therefore, the knuckle must have been packed in another state, he said.

The Ministry for Food and Agriculture, meanwhile, said that the chances of German pork knuckle triggering a coronavirus case in China is unlikely.

"According to the Federal Institute for Risk Assessment (BfrR), there are still no known cases of infection with Sars-CoV-2 through consumption of meat products or contact with contaminated meat products or surfaces," said BfR spokesman Jürgen Thier-Kundke.

He said that while it can be assumed that the coronavirus can remain infectious for several weeks under freezing conditions and in darkness, the China case is difficult to assess. At the same time, transmission, while unlikely, cannot be excluded completely, he said.

"Transmission via the respiratory tract by means of droplets or aerosols in the air is generally regarded as the most important transmission path of Sars-CoV-2," said Thier-Kundke.

Virologist Andreas Dotzauer from the University of Bremen also said it was unlikely that the Chinese worker was infected by the meat packaging from Bremen. According to Dotzauer, several "unfortunate factors" could have been at play. "It is not impossible, but very unlikely," he maintained.

This article was updated to include reactions from Germany

China has said that nationals from eight countries are banned from entering its territory as Europe grapples with a rise in COVID-19 infections. In France, one famous Paris landmark is appealing for help from customers.

Germany's meat industry is preparing for upheaval after coronavirus outbreaks exposed unsafe conditions for its large base of Eastern European workers. But will the government's plans do enough to strengthen protections?