′Eating meat is no longer a private matter′ | Environment | All topics from climate change to conservation | DW | 06.11.2020 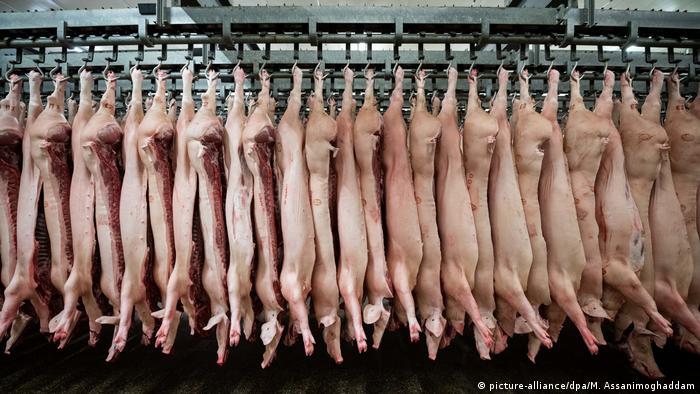 Jana Rückert-John is a sociologist at the University of Applied Sciences in Fulda. As an expert on the sociology of food, she has long been exploring how we as humans deal with what we eat and what this means for society. The interview was conducted by DW's "On the Green Fence" podcast team.

DW: There are many good reasons — especially for the environment - to eat less meat. But why is it so difficult for us to implement this as a society?

Rückert-John: Because meat has always been linked to prestige. Historically, it was always associated with power, strength and potency. It was also a very valuable food. It still takes a central role in our diet. The whole plate is arranged around the meat.

Meat is deeply rooted in our cultural history. In the past, meat was often only available on Sundays; today it is available around the clock and in large quantities at dumping prices. For many and also certain milieus and certain age groups, it is very central and very important to eat meat. If you look at barbecuing, you can actually see it in the way we deal with the open fire, which then also has a very strong alliance with the masculine.

How does this male component express itself?

One theory says that incorporating the killed animal gives strength to the man. This can be traced back to the Stone Age. There are archaeological findings from which it is concluded that hunting was a primarily male activity. In part, this thinking is still reflected in meat advertising today. This is not so prevalent in children, but it starts as early as puberty when young people define their masculinity — in part through their meat consumption. For girls, it can often be the first diet to indicate femininity instead. 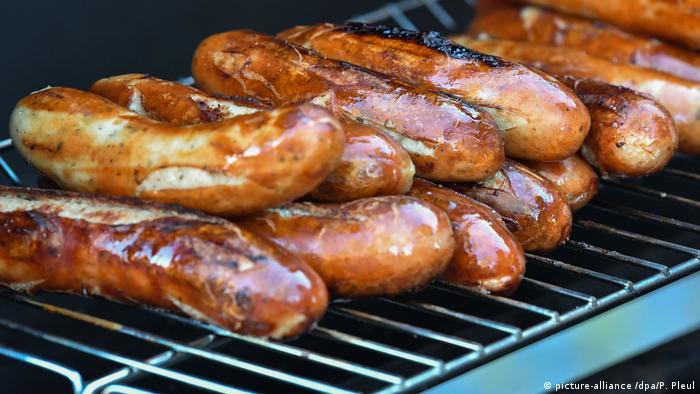 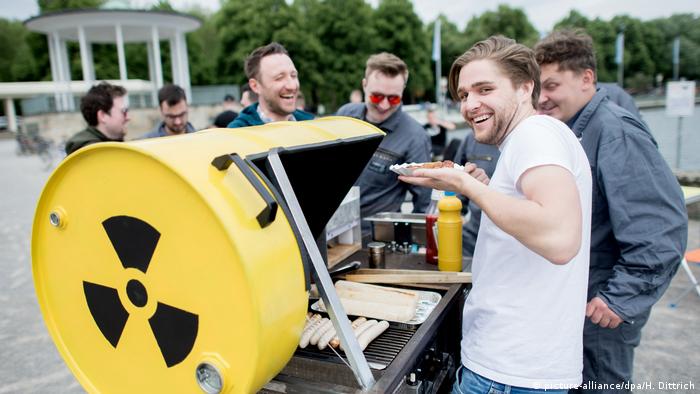 About 90% of Germans own a grill, according to Statista

Are there other gender differences when it comes to meat?

Women eat white meat more often because, for example, chicken is considered healthier than red meat. Men also tend to prefer the latter. Women often deal with their health and bodies differently to men. They also go to the doctor more often.

Does this explain why the majority of vegetarians are female?

About 80 percent of all vegans and vegetarians are female, which is a very high percentage. Statistics show that most are young and well-educated. That said, there is a male share. It is interesting when you look at the motives for a vegetarian lifestyle. Ethical reasons as well as health and environmental aspects play a major role for women. Among men, we have a significant proportion focusing on health and physical fitness. 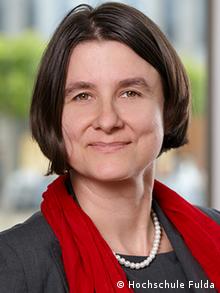 Many men are uninterested in or even critical of vegetarianism. Some meat-eating men even feel threatened by the suggestion of a "veggie day". Why is this such an emotional issue?

Nutrition is regarded as one of the last strongholds of the private sphere, where nobody has the right to interfere. And this culminates, so to speak, in meat, which is also considered an indicator of prosperity. I see it as a good thing that we're witnessing such an outcry and that meat-eaters now have to justify themselves. Meat consumption is no longer a private matter, because of its use of resources and impact on the environment — and all this is at the expense of the Global South. 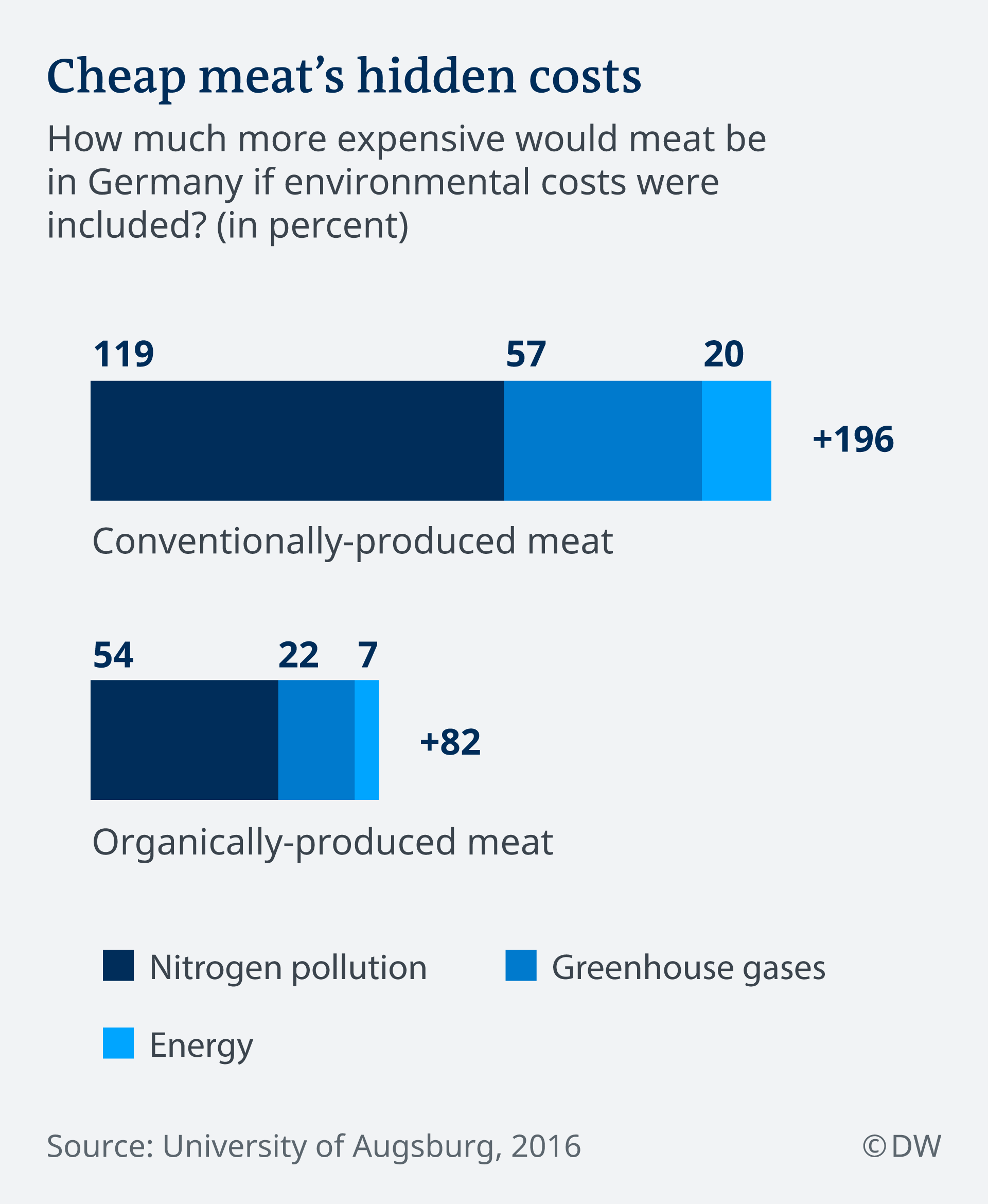 Meat is sold at dumping prices in German supermarkets. Does it have to become more expensive by law or taxation, or would this be unfair to people with lower incomes?

That is a difficult discussion. From a sociological point of view, of course, such measures always lead to social inequality. Nevertheless, I think if you look at the fact that households in Germany now spend an average of 13% of their net income on food —  in the post-war 1950s this was still at around 44% — then we have seen a significant decline in spending on food in general.

This has also been accompanied by a loss of appreciation of food. How much do we still value food here today? Even in 2009, during the financial crisis, surveys were carried out among German households asking them where they could still cut back. And food was always at the top of the list. I think we need to return to appreciating food more, even if it means spending more. 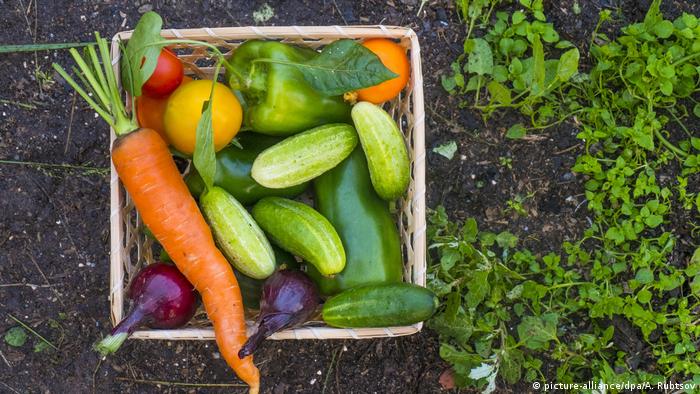 For some, meal is not a meal if it's made exclusively from plant-based foods

So it's all down to us as consumers?

For a long time, nutrition experts have tried to place all responsibility on the individual. I think it's problematic to say: "You as individual consumers are responsible because you have the shopping basket. The supply merely reflects your demands." This line of argument falls short because every consumer is constantly bombarded with a huge range of products. And the individual is expected to be steadfast and say: "No, I won't buy that because it's bad for the environment."

It's not enough to leave it up to the individual, to so-called behavior prevention. I think it is much more important to approach structures from a sociological point of view. Having said that, I don't want to absolve the individual either. We should act as responsible consumers wherever possible, but we need a proper nutrition policy that also promotes the right products allowing us to make the right choices. If this is made more difficult rather than easier in my everyday life, then something is going wrong.

Jana Rückert-John is professor of Sociology of Food at the University of Applied Sciences in Fulda.

This interview was conducted by Neil King and Gabriel Borrud and has been edited for length and clarity.