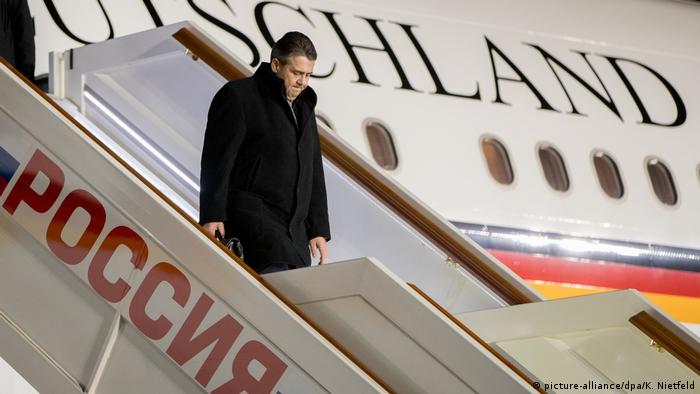 "We have concerns that we are entering into a new arms race," Foreign Minister Sigmar Gabriel told his Russian counterpart Sergei Lavrov on Thursday during their meeting in Moscow.

Gabriel also warned that Germany would regard any attempt to influence public opinion with the utmost  seriousness.

The German politician responded to revelations on Tuesday by WikiLeaks that the CIA had hacked into encrypted messages and used Frankfurt as a base for its digital espionage operations, saying that Germany did not have any information about the cyber attacks.

The agenda for the visit, which comes on the heels of a visit to Poland, centers on sensitive topics in the German-Russian relationship including Ukraine, Syria and NATO.

Although Gabriel has been Germany's foreign minister for just six weeks, the politician from the Social Democratic Party (SPD) is meeting with old acquaintances. As a former Minister of the Economy, Gabriel received Putin three times when he held that post.

In a two-hour meeting with the Russian President Vladimir Putin later in the day, the discussions focused on bilateral issues, the conflict in eastern Ukraine and the difficulties of achieving a cease-fire there between pro-Moscow separatist rebels and Ukrainian troops.

Putin told Gabriel he wanted to improve ties between Germany and Russia which have been soured by the conflict in Ukraine. According to Russian news agencies, Putin told Gabriel that it was "our common goal to fully normalize the relations and to make sure all the difficulties we face are overcome." 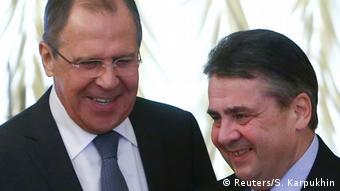 Tricky topics on the table

Gabriel inherited a delicate relationship from his predecessor Frank-Walter Steinmeier, made more uncertain by the Trump administration's overtures to Russia and the Baltic and EU-member nations' fears of an increasingly resurgent Kremlin.

The foreign minister told Interfax reporters that a "relapse into Cold War times" must be avoided "at all costs."

In this charged atmosphere, Gabriel is seeking to make progress on certain key issues. He will continue a push for progress he began at the Munich Security Conference aimed at subduing the violent fighting that has flared up in East Ukraine in recent weeks, as a ceasefire between pro-Russian separatists and Ukrainian troops dissolved.

Chancellor Angela Merkel's policy is to tie the removal of sanctions imposed against Moscow to a Russian adherence to the Minsk agreement. 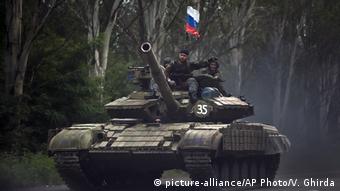 The ceasefire in Eastern Ukraine has broken down

Despite the Baltic and Eastern European EU member states' fears of increased Russian aggression - which led NATO to station some 4,000 troops in the region - Gabriel is likely to appeal for regular meetings of the NATO-Russia Council (NRC) in an effort to de-escalate tension.

Before his reception by the Kremlin, the German politician met Thursday morning with leaders of Russian civil organizations at the German Ambassador's residence in Moscow. The assembled group included writers, editors and the leader of Greenpeace Russia.