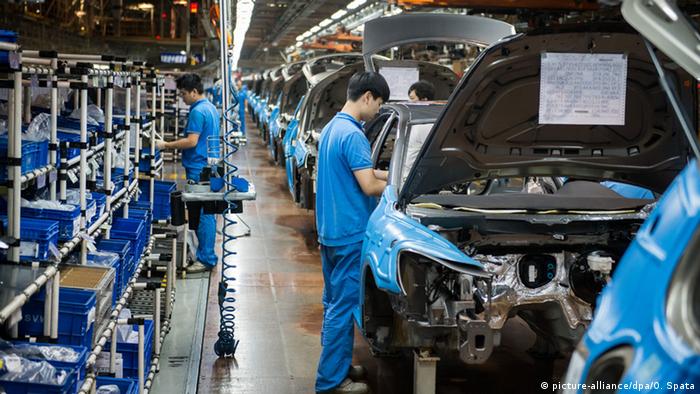 Nearly a quarter of German companies operating in China are planning to relocate all or part of their business out of the Asian country, according to a study released Tuesday by the German Chamber of Commerce in China.

The annual survey of 526 member firms in China found that 23% of them have either already decided to withdraw production capacity from the country or are considering it. A third of those companies have planned to leave China entirely.

The rest say they will transfer part of their business and production overseas, largely to lower-cost countries in Asia.

Operating costs in China have been rising as the country seeks to rebalance its economy from an export and investment-led model to one driven by services and consumer spending.

Of the 104 companies that have decided to leave or are considering doing so, 71% cite the rise in production costs — particularly for labor.

The survey participants also said they have a "gloomy" business outlook, attributing their pessimism to the slowdown of the Chinese economy and ongoing trade tensions between Beijing and Washington.

The US-China trade war either directly or indirectly affected 83% of respondents.

"Business expectations have dropped to their lowest level in years," the study warned, with only about a quarter of companies surveyed expecting to meet or exceed their goals this year.

German companies say their main challenges in China are related to market access barriers, legal uncertainties and technology transfer requirements. Over a third of the respondents in the survey said Beijing's efforts to "level the playing field" for foreign companies are "insufficient."

But the companies see tentative signs of recovery in 2020, with many placing their hopes in an EU-China investment agreement, which is due to be finalized next year.

German executives pin hopes on trade truce with US

Businesses in Germany have grown more optimistic again about their future economic outlook, a fresh monthly barometer by the Munich-based ifo think tank has shown. And that despite the US-China trade conflict. (27.08.2018)