Can the new foreign investment law level the playing field in China? | Business | Economy and finance news from a German perspective | DW | 15.03.2019

Delegates to China's ceremonial legislature have approved a new law to address Western grievances about unequal market access and IP theft in the Asian giant. But concerns remain among European and US businesses. 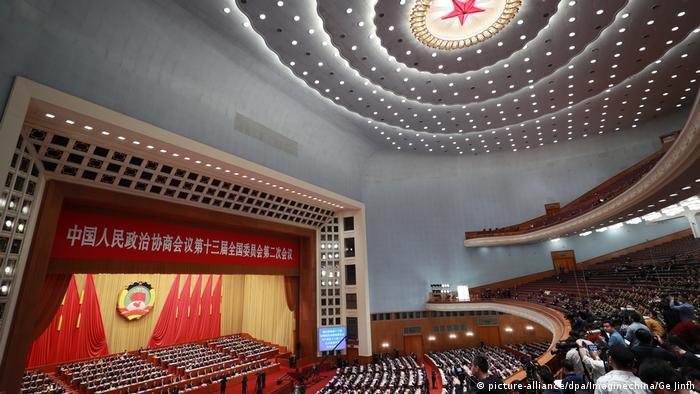 On Friday, China's National People's Congress (NPC) rubber-stamped a new law in an effort to address long-standing problems faced by foreign firms and investors operating in China — such as unequal market access, forced technology transfers and unfair treatment when it comes to public procurement.

Though 2,929 delegates voted in favor of the law, eight voted against and eight abstained.

The legislation was approved just three months after a first draft was debated, an unusually quick turnaround for the legislature, which meets once a year.

The speed at which this process was concluded is clearly a response to Beijing's ongoing trade dispute with Washington, Katja Drinhausen, a researcher at the Berlin-based Mercator Institute for China Studies, told DW. "It's a clear signal from China to the US and Europe that Beijing is taking further steps toward market opening."

China and the US are currently embroiled in a conflict over trade, resulting in both sides imposing tariffs on each other's goods worth billions of dollars. The tit-for-tat tariffs and rising protectionist tendencies have hurt business sentiment worldwide and stoked uncertainty. Chinese and American officials are currently negotiating a deal to end the dispute. 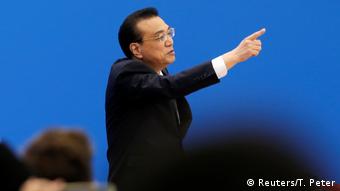 China will amend its intellectual property law and introduce a punitive damages 'mechanism to ensure that all infringements will be seriously dealt with,' said Li

The new Chinese law replaces three foreign capital laws passed during the early years of China's market liberalization — between 1979 and 1990 — and will become the first unified legal standard for foreign investment activities in the country.

China will also amend its intellectual property law and "introduce a punitive damages mechanism to ensure that all infringements will be seriously dealt with," Chinese Premier Li Keqiang told reporters at the end of the parliament's two-week session. Furthermore, Li said China will soon announce shorter "negative lists" of sectors where foreign investment is either prohibited or requires special approval.

But Western observers remain skeptical. "No, the foreign investment law will not lead to a level playing field for foreign firms and investors," Victor Shih, an associate professor of political economy at the University of California in San Diego, told DW. "It doesn't matter what the Chinese government puts on paper. China has a good track record of changing low-level regulations to protect domestic industries," he added.

Drinhausen said the law brings more clarity and enshrines equal treatment in law but doesn't offer complete protection against political influence. "All laws and regulations will continue to provide the Communist Party of China (CPC) with a great deal of room for maneuver to intervene, albeit not explicitly," she underlined.

European and American business groups also appear not entirely satisfied with the law's provisions. In a statement released after the law's approval, the European Union Chamber of Commerce in China said that Article 40 in the law "allows for political issues to influence investor-state relations." The chamber noted that the clause gives China power to take "unilateral action against trading and investment partners based on a principle of perceived negative reciprocity."

"Its vague wording further adds to the legal uncertainty that the law creates for foreign companies," it said.

Tim Stratford, chairman of the American Chamber of Commerce in China, was quoted by AFP as saying that the changes "only address a small slice of the overall set of concerns our members have about the uneven playing field foreign companies encounter in China."

'Lot of stuff China can do'

Analysts say the new foreign investment act is a basic law, meaning it will require the State Council — China's cabinet — to frame the rules and regulations for its implementation.

The new act mandates an antitrust review for mergers and acquisitions. It also stipulates the establishment of a mechanism to check foreign investments for security risks. Some expressed concerns about the broad scope of "national security reviews" allowed by the law.

"What the security audit for foreign investment will look like and what this means in practice for foreign companies is not yet clear," said MERICS expert Drinhausen.

Victor Shih said Beijing could come up with regulations that make life difficult for foreign companies operating in the country. "There's a lot of stuff that China can do" to protect domestic firms, he argued.

"While not all our concerns were addressed in this law, it is time to move forward. We will closely monitor the FIL's implementation to ensure that it is fully respected at all levels of government and in all corners of this country," said Mats Harborn, president of the EU Chamber of Commerce in China. "More than anything else, foreign companies want equal treatment and opportunities."

Beijing has urged the United States to "take care of its own affairs" before focusing on human rights abroad, in response to a scathing US report. The Chinese rebuttal referred to US gun violence and racism. (14.03.2019)

Despite the annual legislative session being a largely ceremonial gathering, many will watch for cues on how Chinese policymakers intend to boost the nation's flagging growth and overcome the trade row with the US. (04.03.2019)