Vietnam has emerged as the biggest beneficiary as importers in China and the US look to skirt tit-for-tat tariffs, a report shows. But it warns the findings don't tell the full story of the overall impact of the dispute. 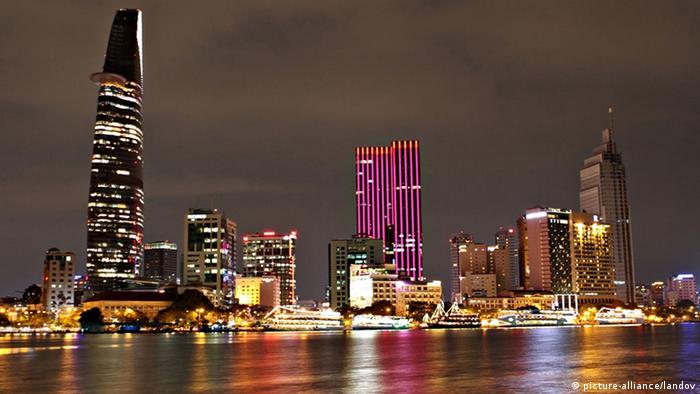 It's not China or the United States but the likes of Vietnam, Taiwan and Chile that have emerged as the winners of the trade dispute between the world's biggest economies, a new report shows.

Economists at Japanese investment bank Nomura have found evidence that importers in the US and China are increasingly sourcing goods from third countries to skirt the tit-for-tat tariff hikes imposed by their governments on certain Chinese and US products.

"Some exporters in the US and China may be willing to absorb part of the additional tariff costs in their profit margins, and some multinationals could opt to re-shore production, but the trade literature shows that, over time, the largest response is likely to be trade diversion," Nomura economists wrote. "Indeed, higher US-China tariffs make suppliers in the rest of the world more competitive relative to US and Chinese firms."

Washington and Beijing have been locked in a bitter trade dispute for over a year that has seen both sides slap tariffs on each other's goods. The Trump administration has already imposed a 25% tariff on $250 billion (€222 billion) worth of imports from China and has threatened to slap the same tariff on the remaining Chinese imports worth $325 billion. In retaliation, Beijing has imposed levies on $110 billion worth of US goods.

The report found that Vietnam has so far been the biggest beneficiary of the trade diversion, gaining 7.9% of its gross domestic product (GDP) as a result of increased exports to both China and the US. Taiwan, Chile, Malaysia and Argentina are the other big winners.

The countries benefited more from demand from US importers as a result of US tariffs on China than from the Chinese ones looking to avoid Beijing's tariffs on US goods.

While US importers turned mainly to Asian countries not targeted by tariffs, their Chinese counterparts sourced goods from North and South America.

US tariffs on Chinese goods caused US importers to look for alternative locations mostly for electronic products, followed by furniture and travel goods. China's tariffs on the US have resulted in China import substitution mostly in soybeans, aircraft, grains and cotton, the report showed.

"This substitution effect may be small in relation to the size of US and China GDP but the benefit from trade diversion can represent a substantial boost to the exports of third countries with smaller economies," Nomura economists said.

European countries benefited only marginally from the trade diversion.

The economists, however, warn that their findings do not paint the full picture of the overall economic impact of the US-China trade dispute.

"This is only one aspect of the trade war. There are many other forces at work and the overall economic impact on most third countries will be negative," they wrote.

The economists say many of the countries which are seeing exports to the US rise are also likely to witness a fall in exports to China, considering most of them are major suppliers of intermediate goods to Chinese factories.

Smaller Asian countries which supply raw material to Chinese firms are particularly vulnerable to higher US tariffs on China as the levies target not only the assembler of the product but also suppliers through the value chain.

The economists also point to the disruption in global supply chains and the uncertainty caused by a full-blown trade war.

US businesses in China are increasingly worried about the trade conflict between the US and China. They are bearing the brunt of tariffs and non-tariff barriers adopted in recent months, a new survey said. (22.05.2019)