DW spoke with economist Yukon Huang about common misconceptions over the US-China economic rivalry, and how both sides are only trying to save face while not addressing core problems that will take many years to solve. 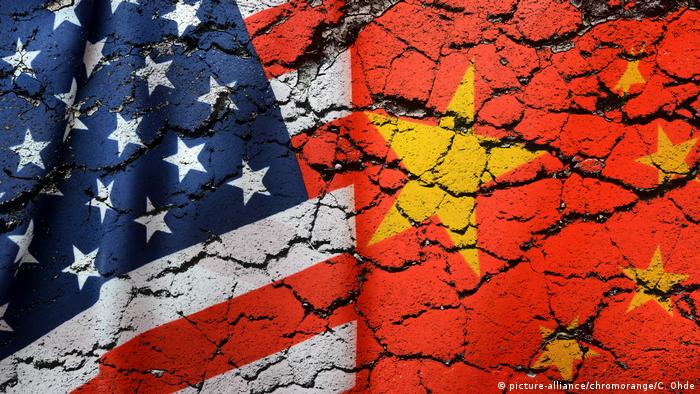 The latest round of trade talks between China and the US concluded in Beijing on Wednesday. Although negotiators expressed optimism and global markets breathed a temporary sigh of relief, there was no concrete sign of an agreement to end the ongoing trade dispute between the world's two largest economies.

The US continues to demand that China open markets to US investment, goods and services, along with preventing intellectual property theft. China's state-owned newspaper China Daily published an editorial on Wednesday stating China would not make any "unreasonable concessions."

The Office of the United States Trade Representative (USTR) issued a statement on Wednesday saying the US was committed to "resolving structural issues" in order to improve trade between the two countries. For the US, these would include transparent changes in China's legal system and government policy that would guarantee protection against forced technology transfer or heavy government subsidization of major industries. 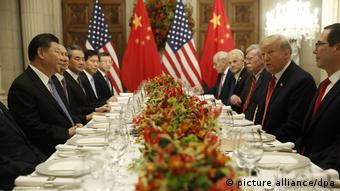 A 90-day reprieve from the trade dispute was agreed in December on the sidelines of the G20 conference in Buenos Aires after US President Donald Trump met with Chinese President Xi Jinping.

If no agreement is reached before March 1, the US has threatened to raise a 25 percent tariff on $200 billion (€174 billion) worth of imports from China.

After this week's mid-level meeting, markets and governments are waiting for the next step, as no further talks have been announced.

DW spoke with economist Yukon Huang, Asia Fellow at the Carnegie Center in Washington and formerly the World Bank's country director for China, about what to expect as the dispute continues.

Yukon Huang: When people talk about a US-China "trade war," the irony is that the issue is not about trade. You can't fight a trade war based on reducing US trade deficits. The US has had a trade deficit for over 40 years. 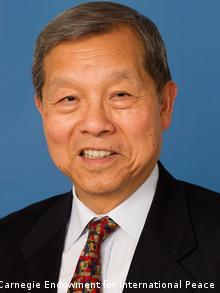 Yukon Huang: 'Ultimately, the solution will politically save face for both sides'

You can't solve this with tariffs or any of these measures ­­— you can't even solve it by having China buy US products.

I think the US trade negotiators realize that the trade deficit isn't the issue, but for Trump it is. It is a very visible thing that he can use politically. The tough issues, which have to do with investment restrictions and technology transfer, are too difficult for the general public to comprehend, but that's what this is really all about. There is a lot of ambiguity and that is hard for the public to digest.

Are there any signals from this week's talks that point to further negotiation and a positive outcome before the March deadline?

My guess is that there will be continuous talks up to the March deadline, and if there is no resolution by the deadline, they will continue.

However, I think there will be an agreement, but the question is if it is an agreement to save face, or one that is substantive and addresses the issues.

My feeling is that something like that will emerge — however not by March 1, but more likely by mid-year.

But this won't be a sustainable or real solution to the problem, which means the problem will reemerge in the future. These issues cannot be corrected through agreement. You are talking about modifying and reshaping behaviors, policies and institutions in a country and that takes years, not six months.

What would be "unreasonable concessions" for China in negotiations with the US?

Taking the example of technology transfer, which is a major issue for the US, let's say someone wants to forbid transfer of technology from US companies to Chinese companies. The Chinese would say that this makes no sense, because anybody that operates in China is transfering technology to somebody and that's the way it works globally. The issue is if it is stolen instead of being bought, traded and absorbed. But it would take a court case to determine what type of technology transfer is legal.

The thing is, there has never been a case filed with the WTO claiming illegal or forced technology transfer. This is because no one has officially defined what technology transfer is. So if you ask China to stop it, they will say, "We're not sure what you are asking us to do."

How will the ongoing dispute affect global supply chains from Asia and will production shift to low-cost regions like Southeast Asia?

Most people think manufacturing is going to shift to Vietnam, India, Bangladesh, Myanmar or anywhere with lower labor and production costs. However, 80 percent of the transfer of production that has occurred over the last year because of the threat of trade war, has not gone to Southeast Asia and low-income countries; it's actually gone to the US, Japan, South Korea and Taiwan.

Chinese exhibitors at CES: Between disenchantment and hope

This is because the first round of 25 percent US tariffs was aimed at high-tech products. The second round at 10 percent on $200 billion in imports was aimed at labor-intensive products. The point is that China has a problem offsetting the 25 percent tariff hitting high-tech products, many of which are composed of parts made elsewhere. So it is just as easy to move assembly to a place where these high-tech critical components are being produced anyway.

What is your prognosis for US-China economic relations in 2019?

This is a political question. There is no broad political support for China in the US, and probably not in Europe either. The policy in the US depends on if getting tough on China is good or bad for President Trump.

The risk is the economy. If it shakes the equity markets, or jobs, or American farmers, then Trump will be cautious. If coming down hard is good politically, he will come down hard.

Overall, the general sense in the US is quite negative toward China, but action depends on politics. It's worthy to note that there are no Democrats running for office who can afford to be seen as softer on China than Trump.

What drives the trade policy now depends on Trump's behavior, which as we know is very unpredictable.

Yukon Huang is a senior fellow with the Asia Program at the Carnegie Endowment for International Peace in Washington. He was formerly the World Bank's country director for China.

This interview was conducted by Wesley Rahn