China′s road from copycat to innovator | Business | Economy and finance news from a German perspective | DW | 19.11.2018

By 2050, China wants to be the global technology leader in all key industries. For this to become a reality, it first needs to unleash its full innovative power. The Asian giant is making big strides toward that goal. 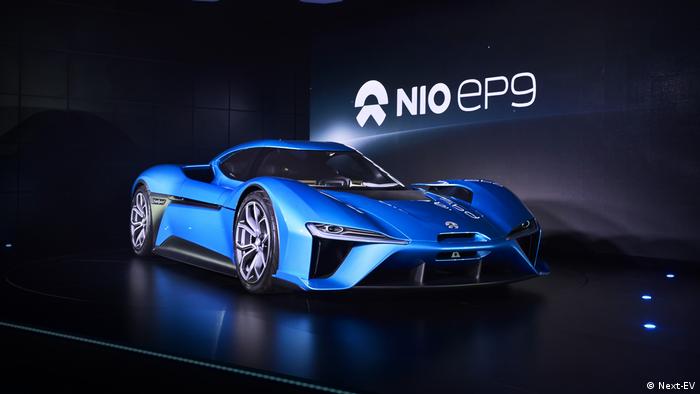 Copying other people's technology may be a thing of the past in China. Since 2011, the Asian nation has led the table of the countries filing the largest number of patents. In 2016, more patents were filed in China than in the US, the EU, Japan and South Korea combined.

But that doesn't necessarily mean that China is already more innovative than the rest as one needs to pay attention to a peculiarity of the Chinese system. "Chinese companies tend to file many interim patents, while German firms more often than not wait until they're confident about the final innovation and only then file a relevant patent," says Thomas Escher from the Cologne-based law office Dompatent.

Covestro AG (formerly Bayer MaterialScience) executive Christian Haessler confirms that China has done a lot of catching up in the innovation sector.

"In the past, we used to see a lot of tech transfer from Germany to China," he said. "But now we have a Chinese team on the ground that's just as innovative," added Haessler, who's responsible for sustainability at Covestro, after heading the company's Shanghai research center for years.

The manager argues that Germany and China should not primarily be seen as competitors in R&D, but can complement each other in a perfect way. He notes that Germany still is "a fantastic tech nation" with a modern infrastructure serving industry, while China is "fast and flexible, showing a pragmatic approach."

Haessler says it's important to combine the best of both worlds.

And this is doable, as Chinese company Yanfeng Automotive Interiors clearly shows. While Covestro is in charge of a production and research center in China, Yanfeng — one of the world's leading suppliers of interiors for cars — opened an innovation center in Neuss, Germany, in early 2018. 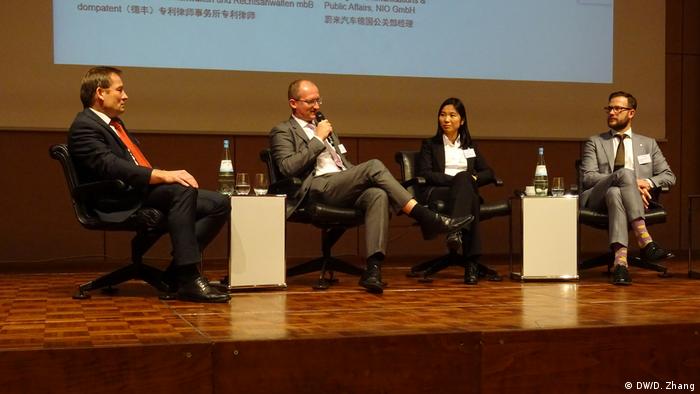 Neuss was picked as a suitable location because "it has two international airports nearby and is well connected to the rail and autobahn networks," said Zhao Yanning, who is in charge of human-machine interfaces at the center. She also mentioned that the German state of North Rhine-Westphalia [where Neuss is situated] offered a favorable research environment enabling companies in the region to profit from talent at institutes and universities in their vicinity.

Zhao said there were only Germans in her team. "We aspire to become the world's leading supplier of automotive interiors." She added China was top when it came to mobile internet services, but Germany was still ahead in materials science.

While Yanfeng pores over future-oriented interiors, Chinese startup NIO wants to create the car of the future. Its research effort centers on autonomous driving. "Whoever manages to get a fully autonomous car onto the road will have the prerogative of interpretation," said NIO communications chief Philipp Kemmler-Erdmannsdorffer.

The 4-year-old startup wants to throw down the gauntlet to Tesla, using Silicon Valley technology, design from Munich and money from China. "In China, we have a lot more trial-and-error tests," he said, including in startups and this means that innovation gets a bigger boost. "We use this approach to get the right materials for vehicles and various digital solutions."

Whether a breakthrough is achieved in Germany or China, new technologies have to be protected. China has not only seen an exploding number of patent filings, but also a growing number of patent infringement suits. According to lawyer Thomas Escher, 99 percent of those suits deal with disputes between Chinese firms, showing that companies there have faith in the domestic judiciary.

The know-how of employees also needs to be protected. This is why German companies operating in China are worried about the high staff turnover there. "On average, a firm there swaps between 5 to 10 percent of its staff annually, many of them carriers of know-how," Escher warned. "That way, in-house knowledge gets lost easily."

He suggests German companies should learn from their Chinese counterparts and also file patents for smaller technological developments.

Three years ago, Beijing unveiled its landmark plan to move up the value chain by transitioning from labor-intense production to "smart manufacturing." Where does China now stand in terms of implementing its strategy? (06.07.2018)