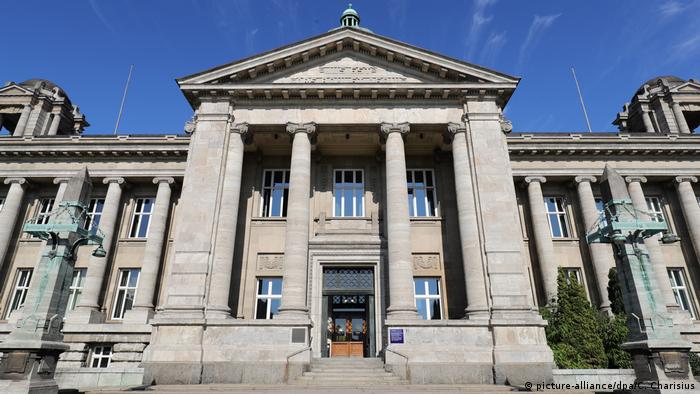 A court in the northern German city of Hamburg sentenced a Russian citizen to prison on Thursday for illegally exporting embargoed technology to Russia.

The man was accused of violating European Union sanctions by selling millions of euros worth of goods to "military recipients in Russia."

Prosecutors previously said in a statement that the goods were "particularly suited for use in the field of military missile-related technology."

The suspect, whose age has not been given, was arrested in December 2018 in the southwestern sate of Baden-Württemberg where he lived.

The items included two hot isostatic presses, which are used in aeronautical and space technology and research.

The machines can be used for military purposes, which is why exporting them to Russia is prohibited under the EU's sanctions regime.

The equipment allows metal alloys to be processed in a high heat and high pressure environment to create extremely dense, high-performance parts. The technology is used in, for example, the production of airplane and rocket engines.

Vladimir D. also was contracted to deliver up to 15 kilograms (33 pounds) of decaborane chemicals to a "military recipient" and managed to successfully send an undisclosed amount.

The chemical compounds are found in rocket fuel and explosives.

In order to circumvent export controls, authorities said he forged documents and used fake recipients. The trial took place at the court in Hamburg because the suspect had planned to deliver the presses via the northern port city of Lübeck. The Hamburg court is also responsible for cases in neighboring Schleswig-Holstein, where Lübeck is situated.

Moscow says the Avangard missile can hit speeds of up to 27 times the speed of sound. President Vladimir Putin said during the testing period that its abilities would render existing missile defense systems useless. (27.12.2019)