Russian in Germany charged with illegally exporting military tech | Europe | News and current affairs from around the continent | DW | 01.11.2019 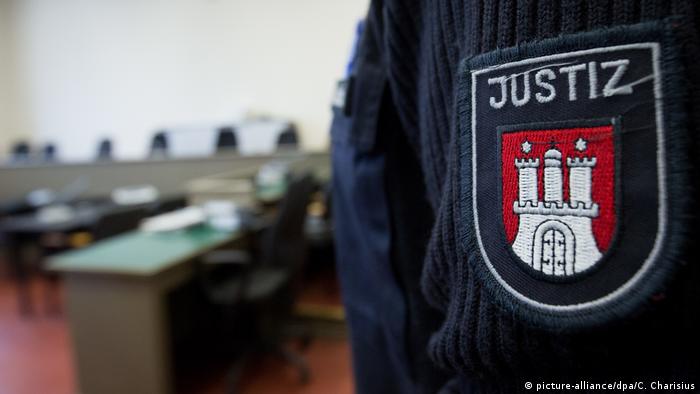 Room 237 of Hamburg's Hanseatic Higher Regional Court is no ordinary courtroom. Here, particularly dangerous individuals, like radical Islamists, are put on trial — naturally with special security measures in place. This Friday, 68-year-old Vladimir D. goes on trial here. The public prosecutor general accuses the Russian man, who lives in southern Germany, of having violated Germany's foreign trade law in eight instances. He is accused of having sold goods to "Russian military agents" in breach of EU sanctions regime against the county.

DW asked both the defendant's lawyer and the prosecutor general to comment on the case ahead of the trial, but received no reply. So far, the only information available on the case stems from two press releases by federal prosecutors.

Shortly before Christmas 2018, the prosecutors' office announced that Vladimir D. had been arrested by German customs officers. His apartment and offices in the western state of Baden-Württemberg were searched, and he remains remanded in custody. If found guilty by the court, he faces a jail term of between one and 15 years.

Initially, Vladimir D. was accused of having sold technical equipment worth €1.7 million ($1.9 million) to "military agents" in Russia between 2014 and 2018 in two instances. According to the public prosecutor, such equipment is "particularly suited for use in military missile technology" as it is often used specifically "in aviation and aerospace technology."

The materials he allegedly sold, known as hot isostatic pressing equipment, are dual-use technology, they can be used for civilian or military purposes. Exporting such goods to Russia is prohibited under the EU's sanctions regime if they are destined for full or partial military use or "a military end user." The public prosecutor accuses Vladimir D. of having circumnavigated export controls by using "varying fake recipients and forged documents" as well as by manipulating his goods.

For decades, hot isostatic pressing equipment has been used to manufacture products including airplane and rocket engines. Robert Schmucker, a professor at Technical University of Munich, knows this technology well, saying it is somewhat expensive but useful for research and development purposes.

Over the course of the investigation, further illegal exports came to light. When Vladimir D. was charged on August 13, he was accused of having illegally exported production equipment and materials worth €1.83 million euro between September 2014 and June 2018.

The public prosecutor also alleged that the suspect sold decaboranes — chemical compounds found in rocket fuel and explosives. They contain boron and hydrogen, are highly flammable and extremely toxic.

Vladimir D. reportedly promised to deliver "15 kilograms of decaboranes to a military agent" and had already exported a part of this consignment. The public prosecutor has said these are classified as arms exports and are therefore banned under the EU sanctions regime. It says Vladimir D. sought to conceal the export by lying on respective forms, and reportedly transported these highly dangerous substances both in person and via post.

Use in nuclear technology?

In scientific literature, decaboranes are discussed as elements of rocket fuel. According to Schmucker, these chemical compounds have only had limited use in aerospace technology. "As far as I know, they are only used in research," he told DW. The scientist therefore thinks the chemical compounds were exported for a different reason, highlighting that they can also be used in nuclear technology.

The public prosecutor has refused to say to whom Vladimir D. sold the substance in Russia. But according to DW investigations, there are connections to at least one Russian company.

A failed nuclear-powered cruise missile test was the cause of a recent explosion at a military facility in northwestern Russia, according to US experts. Moscow has provided little information about the incident. (21.08.2019)

The deadly explosion is the second within a week at a Russian military site. There are conflicting reports about a short-term spike in radiation around the base. (08.08.2019)

NATO and Russia: Maneuvers and countermaneuvers in the Baltic Sea

NATO is again running Baltic Sea drills — but now, the exercise is headed by the US Navy's 2nd Fleet, a key force during the Cold War era. Fleet commander Vice Adm. Andrew Lewis spoke to DW about NATO's objectives. (14.06.2019)