NATO and Russia: Maneuvers and countermaneuvers in the Baltic Sea | Europe | News and current affairs from around the continent | DW | 14.06.2019

NATO and Russia: Maneuvers and countermaneuvers in the Baltic Sea

NATO is again running Baltic Sea drills — but now, the exercise is headed by the US Navy's 2nd Fleet, a key force during the Cold War era. Fleet commander Vice Adm. Andrew Lewis spoke to DW about NATO's objectives. 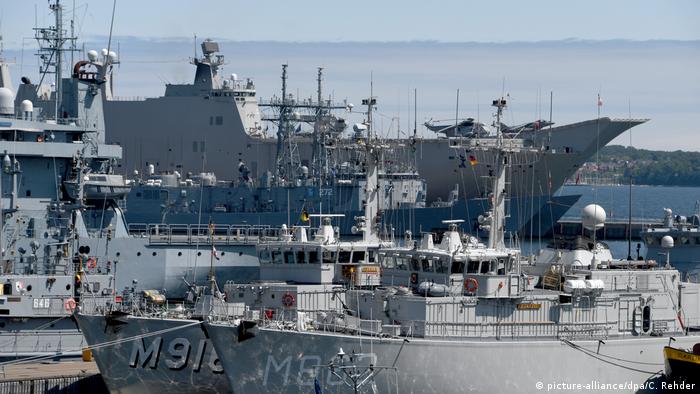 Whenever NATO has run exercises in the Baltic Sea, Russia's activities have been in the background. But since the annexation of the Crimean Peninsula in particular, the alliance has paid special attention to its eastern flank. NATO demonstrates this with the protection of the three Baltic states, Estonia, Latvia and Lithuania — all of them former Soviet republics. In recent years, there have been repeated incidents over the Baltic Sea in which NATO jets intercepted or escorted Russian military aircraft.

"Russia is a Baltic nation and we respect that," Andrew Lewis, vice admiral and commander of the US 2nd Fleet, told DW. "But the Baltic Sea itself and the airspace over it is international. And so we have a right to that use in accordance with international norms."

This time the US Navy's 2nd Fleet is in charge of the annual NATO naval exercise BALTOPS, which lasts until June 21. The exercise has been carried out for more than 40 years. According to NATO, 16 nations as well as bordering states Sweden and Finland are taking part. A total of around 8,600 soldiers are involved, distributed across 50 ships, two submarines and 40 aircraft, and a helicopter carrier is accompanying the Juan Carlos I, the flagship of the Spanish navy. According to NATO, the whole range is being practiced: air defense, destruction of mines and submarines, and defense against attacks from "enemy naval vessels." 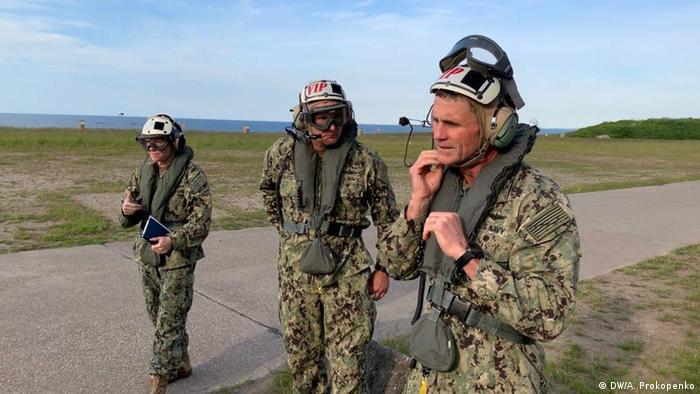 The extent of the exercise is comparable to that of previous years, but the participation of the 2nd Fleet is unusual. The fleet operates in the North Atlantic and became known during the Cold War for several maneuvers, including the blockade during the Cuban missile crisis. In 2011, the 2nd Fleet was disbanded because at the time, the Obama administration considered the danger from Russia to be low.

The fleet was revived in 2018 "in response to Russia's growing naval activity in the Atlantic," NATO states. BALTOPS is the first deployment of the new US fleet in Europe. "The 2nd Fleet was reestablished in response to a changing security environment globally," Lewis said. "It was not specifically aimed at a country." He added that there were "competitors on the world stage," including Russia and China.

Read more: NATO at 70: Bringing its values to the table?

Moscow's reaction to BALTOPS is strongly reminiscent of the Cold War era. Soldiers from five NATO member countries practiced landing on the Estonian island of Saaremaa on Wednesday. On the same day, the Russian navy trained for the sinking of an "enemy" submarine in the Baltic Sea. In the neighboring Russian exclave of Kaliningrad, a missile strike on "enemy" ships was also simulated.

It seems that the NATO military exercise is not only being observed by Moscow, but also being mirrored by a Russian exercise. However, with seven warships on the Russian side, significantly fewer forces are involved. 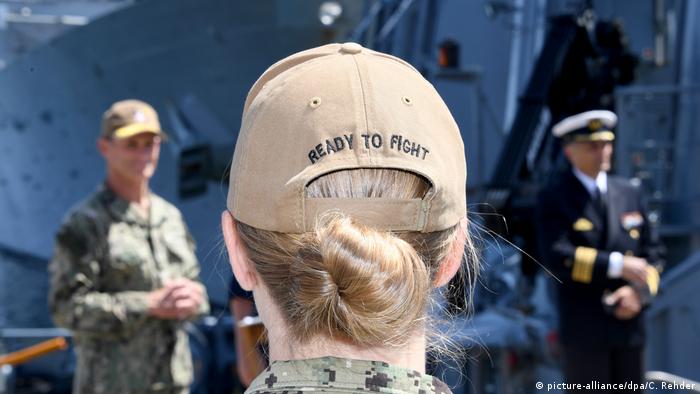 According to Russian data, there has already been one incident. On Monday, a Russian Su-27 fighter jet supposedly intercepted US and Swedish reconnaissance planes over the Baltic Sea.

Vice Adm. Lewis did not rule out a potential "interaction" between NATO and Russia in the North Atlantic, but said he is expecting "professional" conduct, "which is managed professionally in order to deter from provocation — in other words to not pressurize the situation." Lewis added: "But we, NATO, have a responsibility to maintain that international free use of the seas ... we're looking for deterrence and peaceful coexistence."

US announces interest in the Arctic

This apparently also applies to the Arctic, another region in which Russia is increasingly reporting claims and expanding its armed forces.

The goal is "to learn as much as possible about operating in the Arctic," Lewis said.

The Arctic is a region with which the US is just as familiar as Russia or Norway, Lewis said, adding that they want to ensure that the Arctic remains an area in which international maritime law is not challenged.