Kyiv has prohibited former Soviet leader Mikhail Gorbachev from entering Ukraine for five years over his support of Russia's annexation of Crimea. Gorbachev said he would have acted in a similar way to President Putin. 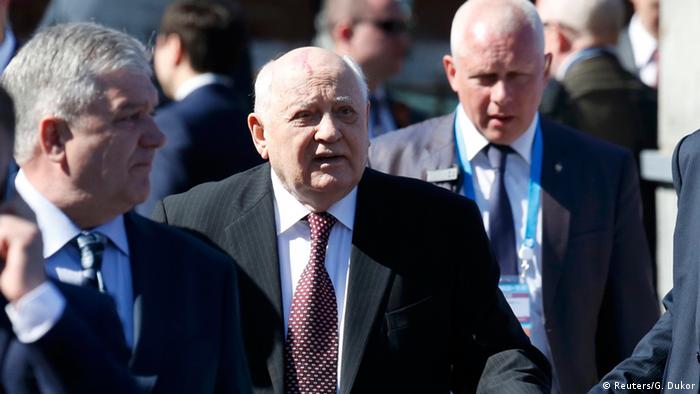 The 85-year-old former-leader was blacklisted "in the interests of state security" and particularly for public comments he made on the Crimea issue, spokeswoman for Ukraine's State Security Service Olena Gitlyanska said in a Facebook post on Wednesday.

Gorbachev served as the last president of the Soviet Union until the breakdown of the socialist state in 1991. He also won Nobel Peace Prize in 1990.

Although generally critical of the current Russian President Vladimir Putin, Gorbachev has repeatedly spoken out in support of Russian annexation of Crimea in 2014, and condemned growing NATO presence in eastern Europe.

On Sunday, the former president said he would have done the same as Putin if faced with a similar situation.

"I'm always with the free will of the people, and most in Crimea wanted to be reunited with Russia," Gorbachev said in an interview with the UK's Sunday Times.

"True enough, he has no particular intention of coming to Ukraine, but we need to display our attitude on such issues," he said.

Gorbachev responded by saying he has no plans of visiting Ukraine.

"Fine, I don't go there, and I will not go there," he told Russian state television.

In a separate statement, he added he was not interested in the "mean" remarks.

"Indeed, I am focused on my own business, and I would continue to do so, without paying attention to any mean-spirited outbursts," he told the Russian Interfax agency.

Kyiv has banned a range of politicians and celebrities from entering the country since the beginning of the Ukraine crisis. The blacklisted names include former Italian Prime Minister Silvio Berlusconi, actor Gerard Depardieu, Limp Bizkit singer Fred Durst and boxing legend Roy Jones.

Former Soviet President Mikhail Gorbachev turned 85 this week, but even with the passing of time Russians still don't like him. Is there a message here for the seemingly untouchable Putin? Fiona Clark takes a look. (06.03.2016)