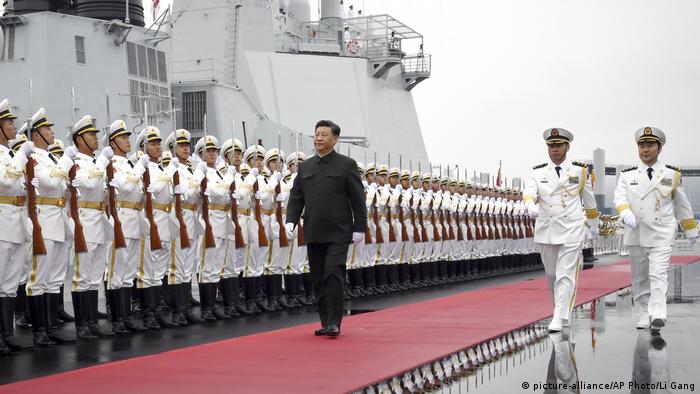 China, Iran and Russia kicked off four days of joint naval drills starting on Friday in the Gulf of Oman and the Indian Ocean, China's Defense Ministry announced on Thursday.

In the first such trilateral exercise between the three countries, Tehran is looking to improve its military ties with Beijing and Moscow amid heightened tensions between Iran and the United States.

The naval drills, which are aimed at promoting regional security, will extend as far as the Sea of Oman, according to Iranian military spokesman General Abolfazl Shekarchi. About a fifth of the world's oil passes through the Strait of Hormuz, which connects to the Gulf of Oman.

China is also set to send the Xining, a guided missile destroyer to the drills, said ministry spokesman Wu Qian, adding that the drill is a "normal military exchange" between the three nations and is in line with international law and practices.  "It is not necessarily connected with the regional situation," he said.

The US has sent American troops and missile defense systems to Saudi Arabia following escalating tensions in the Persian Gulf, including attacks on oil tankers and a missile assault on a Saudi oil field.

Tensions between the US and Iran have been heightened since the United States pulled out of a 2015 international agreement that had seen Iran end its nuclear program in exchange for the lifting of economic sanctions. The US has since reimposed sanctions on Iran.

Iranian companies get inventive in the face of US sanctions

After the sanctions were re-imposed, Tehran started to enrich uranium beyond the terms of the deal. Russia and China have also boosted their maritime cooperation efforts in recent years.

The United States has accused Iran of carrying out the September attack on the largest oil processing facility in Saudi Arabia, which caused oil prices to rise to their highest level since the 1991 Gulf War. Saudi Arabia also claimed that the attack was "unquestionably sponsored by Iran." – Iran has vehemently denied the accusation.