EU sanctions targeting Moscow's finance, energy and defense industries will stay in place until mid-2020. The decision comes after the leaders of Russia and Ukraine met in Paris to seek a solution to Ukraine conflict. 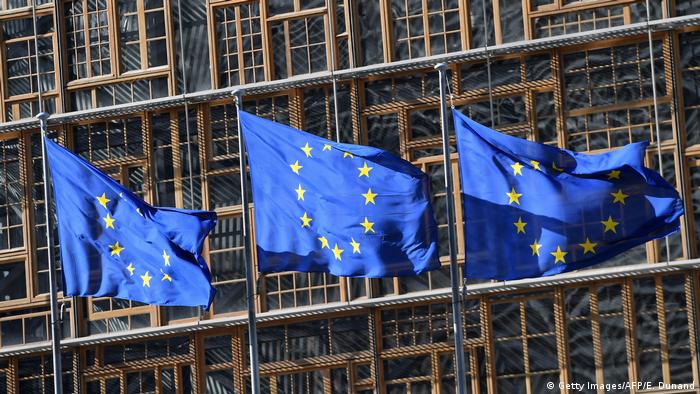 The measures were first implemented in 2014 after Moscow annexed Ukraine's Crimean peninsula and backed a separatist insurgency in the country's east.

The sanctions, which were set to expire in January, will now be in place until the end of July 2020.

The restrictive sanctions target Russia's energy, financial and arms sectors. The EU has said the measures will only be eased if the Minsk cease-fire deal signed by Moscow and Kyiv in 2015 is fully implemented. The accord calls for both sides to pull back heavy artillery from the front line, Ukraine's control over its borders, and wider autonomy and local elections for the eastern Donbass region.

Russian President Vladimir Putin and his Ukrainian counterpart, Volodymyr Zelenskiy, met in person for the first time during a summit in Paris earlier this week as part of an effort to revive the Minsk agreement. Although the two leaders agreed to implement a full cease-fire and exchange all remaining prisoners from the conflict by the end of the year, they did not address other key issues.

Brokered by German Chancellor Angela Merkel and French President Emmanuel Macron, it was the first top-level summit on the Ukraine conflict in three years.

Read more:  What does Germany do for Ukraine?

State premiers in eastern Germany want to end crippling sanctions against Russia. With the far-right Alternative for Germany gaining ground in the east, that position has more to do with politics than anything else. (11.06.2019)