Moscow says the Avangard missile can hit speeds of up to 27 times the speed of sound. President Vladimir Putin said during the testing period that its abilities would render existing missile defense systems useless. 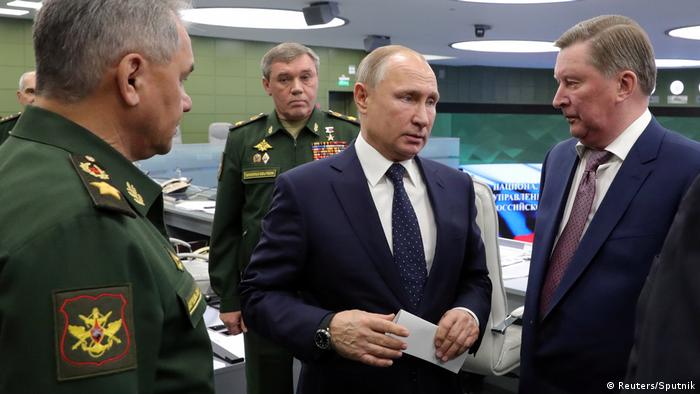 Shoigu reported to Putin that the first missile unit equipped with the Avangard hypersonic glide vehicle was ready for deployment after years of tests, according to a statement issued by the Defense Ministry.

Although a considerable advance in terms of reported peak speeds, hypersonic (defined as speeds in excess of Mach 5) missiles are nothing new. Existing Russian and American ICBMs already have cruising speeds well in excess of 20,000 kph.

Putin revealed the plan to build the Avangard, as well as other prospective weapons, in his state of the union address in March 2018. He said the weapon's ability to make sharp maneuvers on its way to its target would render all existing defense systems useless.

This week, the Russian president said that Russia was no longer playing a game of catch-up with the West on weapons development.

"This is a unique situation in our modern history: they are playing catch-up with us," he said, during talks with senior military officials. Putin touted the development of the Avangard as a technological breakthrough comparable to the 1957 Soviet launch of the first satellite.

The Defense Ministry said last month that it had demonstrated the Avangard to US inspectors, as required by the New START nuclear arms treaty.

The US is also mulling new defense strategies to counter hypersonic weapons developed by Russia and China. Defense Secretary Mark Esper has said that developing new long-range fire capabilities of its own is a priority for the Pentagon.

John Bolton, former National Security Advisor for Donald Trump, calls for the fall of the Iranian regime in DW interview 35m ago