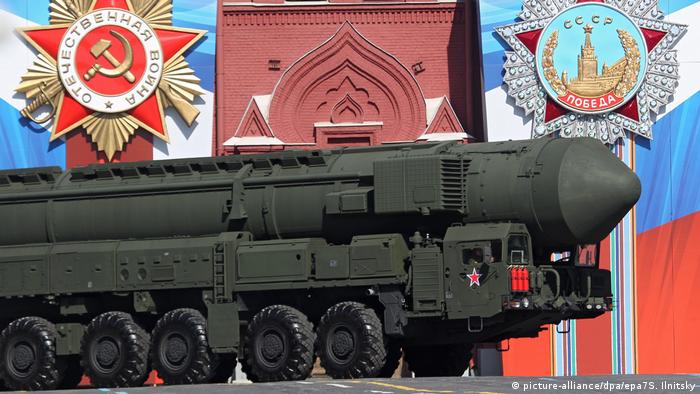 Russian President Vladimir Putin on Thursday said an Obama-era nuclear weapons pact would lapse unless the US took an interest in renewing it.

The New Strategic Arms Reduction Treaty (New START) pact limits the number of deployed nuclear warheads, missiles and bombers and is due to expire in 2021 unless renewed.

Speaking on the sidelines of the St. Petersburg International Economic Forum, Putin said:

What is the New START pact? The treaty limits the US and Russia to a maximum of 1,550 deployed nuclear warheads and 700 deployed missiles and bombers, well below Cold War caps. It was signed in 2010 by former US President Barack Obama and then-Russian President Dmitry Medvedev. It is one of the key controls on superpower deployment of nuclear weapons.

The other treaty: If it falls, it will be the second nuclear weapons treaty to collapse under the leadership of US President Donald Trump. In February, Washington withdrew from the 1987 Intermediate-Range Nuclear Forces Treaty (INF), accusing Moscow of violating the agreement. Moscow then followed suit.