German coalition talks reach breakthrough: A look at what comes next | Germany | News and in-depth reporting from Berlin and beyond | DW | 12.01.2018

German coalition talks reach breakthrough: A look at what comes next

Angela Merkel's CDU and the SPD have agreed on a blueprint for formal grand coalition negotiations. The left wing of the Social Democrats appears to have been forced into the most concessions.

The all-nighter appears to have focused minds: Germany's two biggest political parties — the Christian Democratic Union (CDU) and the Social Democratic Party (SPD) — announced on Friday morning that they had made a breakthrough in their exploratory talks, paving the way to formal coalition negotiations and, if all goes to plan, another iteration of the grand coalition.

The new agreement represents an important stage victory in the marathon negotiations for Chancellor Angela Merkel, who would certainly prefer a grand coalition to the other two options currently on the table: heading an unstable minority government, or a new election.

Should the negotiations with the SPD fail, a new election could well usher in the end of Merkel's time in office, as her CDU attempts to revive its fortunes following its worst election results ever. Her party took 32.9 percent in September's election, a drop of 8.6 percentage points on the 2013 result. This has resulted in much self-reflection in the party, along with speculation that Merkel's era was drawing to a close — and even debate about potential successors.

A 28-page paper was drawn up overnight, after five full days of talks. It contained a list of agreed policies that the two leaderships now have to sell to their respective party bases. That task is likely to prove much more difficult for SPD leader Martin Schulz, whose party is to convene a special conference on January 21, than for Horst Seehofer, the leader of the Christian Social Union (CSU), the CDU's Bavarian sister-party, which often functions as a right wing of Merkel's CDU.

"We had intensive, serious, very deep exploratory talks," said Merkel, looking ebullient and a little relieved alongside the other two party leaders in the SPD's headquarters in Berlin.

Merkel added that the paper showed that the two parties could work together and ensure that in "10 to 15 years, we will still be able to live well in Germany."

The center-left SPD is likely to prove the biggest obstacle — or more specifically, the leftist wing of that party, which was already skeptical of allowing the SPD to enter another grand coalition. Though the SPD negotiators had initially agreed to the paper, the party's left-wing had made a series of demands that don't appear to have been met: raising the top income tax rate, family reunification for refugees, and a new concept for health insurance.

Following its own election disaster in September, the SPD initially promised to go into opposition in the next legislative period. Most political pundits agreed at the time that this made sense, because the four years in a centrist coalition with Merkel had drained the party of identity and policy ideas.

The more conservative CSU, meanwhile, will likely prove the happiest with the policy paper, as it would ensure that the next government continues to take a tough line on immigration. 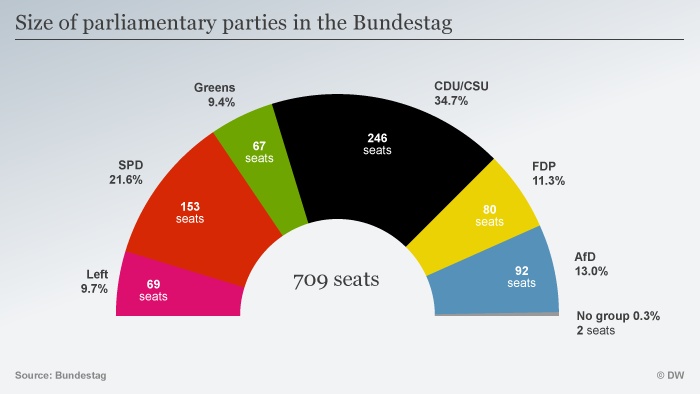 - Family reunification: The current government (also a CDU/SPD grand coalition) had suspended the right of refugees with a "limited protection status" to bring their families over. The new coalition paper says this will be limited to 1,000 people per month — a limitation that is unlikely to sit well with the SPD base. On top of that, the number of asylum seekers taken in altogether is to be capped at between 180,000 and 220,000 per year.

- Top tax rate: The CDU and SPD are not planning any more tax hikes. The SPD had been pushing for an increase from 42 percent to 45 percent.

- Solidarity tax: The special tax instituted after the reunification of Germany in 1990 to help support the former East of the country will be gradually reduced. This is a compromise in a debate that has been running in Germany for several years.

- Health insurance: Here too, the SPD failed in its bid to establish a "citizens' insurance" that would guarantee basic health care standards for both state and private patients. Instead, the two sides pledged to restore parity between the contributions from employers and employees. 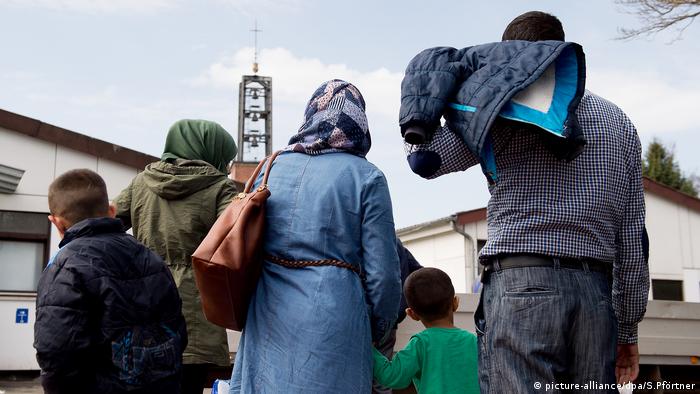 - Housing: The two sides have agreed to a new construction target of 1.5 million new apartments in Germany by 2022 — an ambitious goal, given that the current rate is only around 280,000 a year.

- Arms deals with Saudi Arabia: The negotiation paper also included a phrase that might be seen as a breakthrough for Germany's anti-arms trade activists — "The government will with immediate effect not approve any exports to countries as long as they are involved in the Yemen war."

- Glyphosate: A small but significant gain for the SPD here. The two parties agreed to ban the use of the controversial pesticide, which is thought to be responsible for killing huge insect populations across Europe in the past few years. While the CSU Agriculture Minister Christian Schmidt was against such a ban, the SPD Environment Minister Barbara Hendricks wanted Germany to vote in favor at a recent European summit.

After a mammoth last round of meetings, it seems the leaders of the conservatives and Social Democrats have achieved a breakthrough to enter into coalition talks. So what happens next? (30.11.2017)

German Chancellor Angela Merkel has returned to the negotiating table, this time with SPD leader Martin Schulz. She expressed optimism about the outcome, but admitted the parties were facing "a huge piece of work." (07.01.2018)

Angela Merkel's conservatives and the center-left Social Democrats have agreed to start talks on forming a government on January 7. The exploratory talks should end by January 12, they said in a joint statement. (20.12.2017)