German construction companies may no longer be building as many new buildings in the coming years - despite a deepening housing shortage. Experts say there needs to be a "culture change" in how we think about houses. 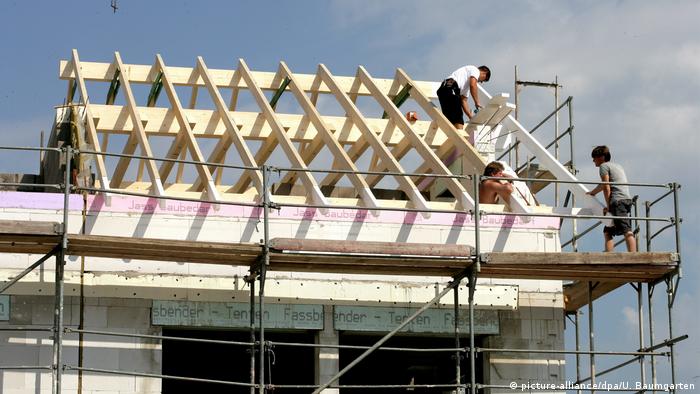 A new economic study says that the rate of construction in Germany is likely to slow down in the near future, despite a continuing housing shortage in major cities and continuing increase in housing prices.

"The building of new apartments is seeing the end of the new building boom," said the study, published on Wednesday by the German Institute for Economic Research (DIW).

While both private and public investment in construction will only see a "moderate increase" in the coming years, the DIW believes the fact that construction companies are already working at capacity is leading to pressure on pricing - leading to a mismatch.

"Cost increases in wages, energy, raw materials, and land will likely have a big effect," the study said, meaning that the nominal increases in construction investment - from €373 billion ($445 billion) in 2017 to €392 billion in 2018 - will actually result in a much slower construction of new buildings. Publicly-funded construction will actually decline in real terms this year by 1.6 percent.

Meanwhile property values in Germany's biggest cities are continuing to swell - in some areas of Berlin rents are rising by as much as 10 percent a year as the city's population increases by some 40,000 a year. The number of new apartments being built in Germany is rising, from 278,000 in 2016 to an estimated 320,000 in 2018 - though that is not likely to be realized, the DIW said. 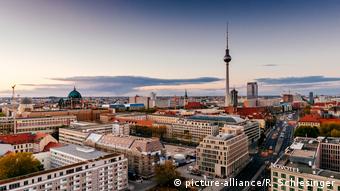 Rents are rising exponentially in Berlin

Estimates by the German government's Federal Office for Building and Regional Planning (BBR) have said that Germany actually needs an average of 350,000 new homes a year over the next three years - though other estimates from the construction industry put the scale of demand at closer to 400,000 per year.

A number of other factors will play into the construction slowdown, the study found, including a shortage of skilled labor — waiting times for roof-makers, electricians, and plumbers extended to weeks in Germany's biggest cities in 2017. That situation has also spread throughout Europe, which means that recruitment from other European Union countries is also becoming increasingly difficult, the study found.

But Heiko Stiepelmann, spokesman for the leading association of the German construction industry Deutsche Bauindustrie, said he didn't see any major problems in the study, though certain issues were arising.

"We have already seen that the new construction economy can't just grow sky-high," he told DW. "The capacities can only be adapted gradually - that means our expectations for this year when it comes to building new apartments aren't as high: in truth it probably won't be 320,000. We'll probably end up at somewhere between 220,000 and 300,000."

But Ulrich Ropertz, spokesman for the German renters' association Deutscher Mieterbund, painted a much bleaker picture. "In my opinion there was never at any point a 'building boom' in Germany," he told DW in an email. "The extremely low completion numbers of the last few years have just continually risen. This development is continuing, as the DIW prognosis says. Whether the completion numbers continue to rise after 2018, or whether they stagnate or even sink - certainly no one can say that for sure today."

If you have an apartment in Berlin, you can consider yourself lucky. The market is tight and the city is all the rage, causing owners to rent out more flats to tourists and worsening an already severe housing shortage. (01.12.2017)

Thinking of snapping up some sure-to-appreciate property in ritzy Munich, or exploiting low rents to establish a start-up in hipster Berlin? You might want to wait. Experts are giving mixed predictions. (26.02.2017)

Germany's celebrated rent cap is not doing its job, a new study has found. But, while tenants' associations are demanding that loopholes be closed, some economists say less regulation would be a better idea. (17.05.2016)

Not only politicians are looking for solutions to ease the refugee crisis. Architects are also devising ways to integrate new arrivals that avoid ghettos arising on city limits while also fostering urban regeneration. (05.09.2015)

Finding affordable housing in Kenya can be a challenge. Some companies have discovered an environmental friendly alternative to concrete: converting used shipping containers into living and working spaces. (06.04.2017)

Building too slow - and building the wrong kind of apartments

That increase wasn't quick enough, Stiepelmann acknowledged, "but at least it's growing," he said, "We're not worried about a weakening in growth - any maybe a stable increase of around 250,000 a year is better than a sudden dramatic rise."

Another oft-reported problem is that property investors, eager to maximize their profits as quickly as possible, are putting more money into expensive apartments meant for purchase, rather than affordable homes for the rental market.

"That's right, we need to change direction - but that was mainly in the last few years," said Stiepelmann. "Also we're not building evenly across the whole country, but mainly in concentrated urban areas, and we're building for people who are moving from the country to urban areas."

Many people in the German housing industry have begun to suggest that what it needs is more innovation - for instance, more efficient, industrialized construction, including modular technology, where buildings can be built in a factory and simply "assembled" on site. This would bring down costs, and therefore make apartments more affordable.

This, says Stiepelmann, means that "something needs to happen in our heads." That something is not a minor shift, either. "We have to admit to ourselves that what has been the culture in Germany for a long time - that is, taking the time and the resources to build each building differently - that needs to change."