Another Angela Merkel-led grand coalition in Germany: What you need to know | Germany | News and in-depth reporting from Berlin and beyond | DW | 30.11.2017

After a mammoth last round of meetings, it seems the leaders of the conservatives and Social Democrats have achieved a breakthrough to enter into coalition talks. So what happens next? 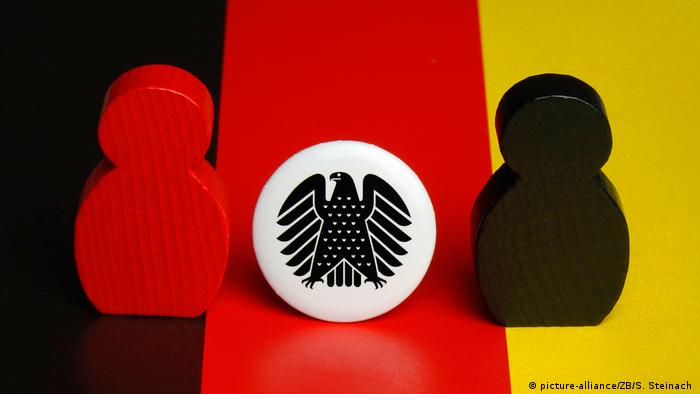 The Social Democrats (SPD), Christian Democrats (CDU) and their Bavarian counterparts, the Christian Social Union (CSU) had given themselves five days to discover whether there was enough common ground to start coalition talks. On the final day, and after more than 24 hours of huddling together, they appear to have stuck to their word.

Sources close to the talks announced Friday morning that a blueprint was in place that would allow for more detailed talks on forming another so-called grand coalition to take place.

While the news certainly bolsters the chances of Germany finally forming a new government after months of uncertainty, it's not a done deal yet.

Martin Schulz, the leader of the SPD, now has to make good on his promise and let the party's grassroots vote next week on whether the blueprint reflects enough of an SPD thumbprint that party members could live with.

After the CDU/CSU outperformed the SPD in Germany's September 24 national election, Merkel was charged with forming a government, while Schulz declared that the Social Democrats would go into the opposition. But the breakdown of talks to form a three-way coalition between conservatives, the center-right business-friendly Free Democratic Party and the Greens (FDP) put the grand coalition back on the table as the only other realistic chance for a parliamentary majority.

Read more - The pros and cons of a grand coalition

That put Schulz in a bind. Having categorically ruled out another grand coalition and under pressure from the party's leadership, Schulz had to find a way to change tack without losing face. At a party conference in December, Schulz managed to secure secure support, albeit reluctantly, from the party faithful to enter exploratory talks with the caveat that a final decision would be voted on again by party members.

What do the two parties agree upon?

There is broad consensus between conservatives and Social Democrats on foreign policy and the European Union. Angela Merkel is a committed European, and conservatives have no problem with Social Democratic Foreign Minister Sigmar Gabriel, who would be more than happy to stay on in that post. The issue of refugees was viewed as a potential deal-breaker, although the SPD and the conservatives would have to hammer out a compromise on a hard cap on the number of refugees Germany accepts annually and on whether family members have a right to come join all refugees.

Otherwise, the two sides could likely reach consensus about popular initiatives like investing more in education, hiring more police officers and improving Germany's mediocre digital infrastructure. A law governing immigration to Germany would be within the realm of possibility, too.

What were some major points of conflict?

Merkel had said that "economic growth" should be at the core of potential coalition talks, while Schulz made "social equity" the focus of his unsuccessful campaign to unseat the chancellor. Those are the basic contours of the core disagreements between the two parties, as two examples illustrate.

The Social Democrats have floated the idea of unified health insurance for all, co-financed by employers and employees. That hasn't gone down well with privately insured people, and conservatives hate the idea.

The CDU/CSU favors using surplus state revenues to finance a broad-based tax cut, but the Social Democrats want to see any tax relief targeted at low- to middle-income Germans and favor raising the inheritance tax and the uppermost income tax rates.

Who wins and loses? 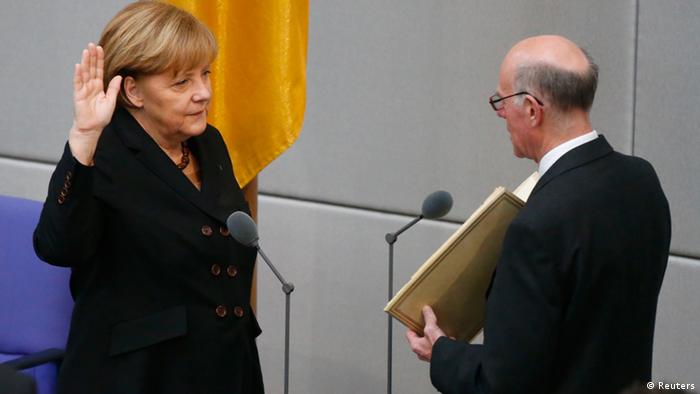 The biggest winner in  a new grand coalition would be Angela Merkel. She's already headed two grand coalitions in her 12-plus years of governing, and what she mainly wants at present is to form a stable government.

For her parliamentary group, the CDU/CSU, another spell with the Social Democrats would be a dubious blessing. The conservatives would be again the senior partners in the government, but they also recorded their worst election results in decades in September — perhaps in part because Merkel has moved them so far to the left.

Arguably, the Social Democrats would again come out the "losers" of such an arrangement. The SPD's share of the vote has declined every time after they've done deals with the conservatives, and it's hard to see them recovering after another stint as Merkel's junior partners.

Does this mean it's a done deal?

Given the protracted state of limbo, don't take anything for granted. As mentioned above, the SPD's party members could throw a spanner in the works. There's also no guarantee that the actual coalition talks reach a happy end.

In that event, the two remaining options are a snap election or a conservative-led minority government tolerated by the Social Democrats.

With the popularity of Germany's two biggest parties declining, the disadvantages of a new vote for them are obvious. The fear is that the far-right populist Alternative for Germany (AfD) party would emerge stronger if Germans went back to the polls.

A conservative-led minority government would mean that the CDU/CSU would have to seek partners for every bit of legislation it wanted to enact. Hardly a stable situation.

The Social Democrats would be in the opposition, but they would also be caught in a dilemma. The more government initiatives they tolerated, the more they would be open to accusations of pursuing a grand coalition in everything but name. The more government measures they refused to support, the more they could be charged with obstructionism. Hardly an enviable situation.

The president announced the meeting with the leaders of Germany's two biggest parties as the country enters a second month without a new government. The SPD has been reluctant to form another coalition with the CDU. (24.11.2017)

The Christian Democratic Union led by Chancellor Angela Merkel has thrown its support behind pursuing a new alliance with the Social Democrats (SPD). Merkel has stressed the importance of a stable German government. (27.11.2017)

The SPD leader has said he hopes to let all party members decide if the Social Democrats should stay in government. The party is under increasing pressure to help form a government. (24.11.2017)