Are Germany′s Social Democrats under pressure to deliver? | Germany | News and in-depth reporting from Berlin and beyond | DW | 22.11.2017

Are Germany's Social Democrats under pressure to deliver?

After talks with the leaders of the failed coalition parties, up next for President Frank-Walter Steinmeier is SPD leader Martin Schulz. Will he cave in to demands from his party to entertain another grand coalition? 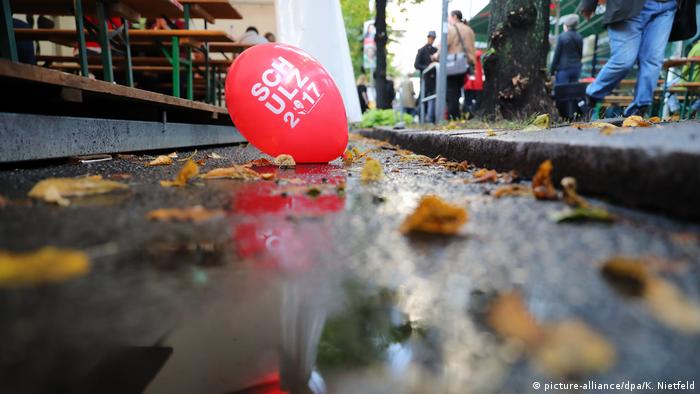 Ahead of those talks, pressure is mounting on the party leadership from some Social Democrat (SPD) quarters to drop its resistance to another grand coalition with Chancellor Angela Merkel's Christian Democrats. In the immediate aftermath of September's election, the SPD, which suffered a devastating result, said it would seek to lick its wounds and regroup as the main opposition party in the new parliament.

DW spoke to Johannes Kahrs, leader of the influential conservative "Seeheimer Kreis" within the SPD, about his party's need to keep an open mind as Germany grapples with its political impasse.

DW: How much pressure do you think you can exert on Martin Schulz ahead of the talks with President Steinmeier?

Johannes Kahrs: To be honest we don't need to build up any pressure. Our president has the authority of his office and the German Constitution at his side and on top of that he's a fine man. He's made it clear that all the parties concerned have to talk to each other. And if the consensus is to talk about content then I think that's something that all Social Democrats can live with regardless which group within the party they belong to.

But you're not ruling out revisiting a grand coalition with the Christian Democrats?

I'll put it this way: That could be one of the potential outcomes. By the same token we could envisage tolerating a minority government or there could be fresh elections. I'm not excluding any options. What is not up for debate is that we need to talk about content and policies that are dear to us, such as pension reform, universal healthcare, better pay for carers, more personnel in the care industry. And then we have to see what we can push through, with whom and in which form — either in a grand coalition or within the framework of supporting a minority government. Whatever happens, the process has to be open and transparent — not by standing on a balcony during a cigarette break (an allusion to the frequent scenes of the would-be coalition partners' negotiation teams gathering on the balcony of a parliamentary building during the failed talks — the ed.) but by presenting the facts to the public in a comprehensible way.

How would you counter the argument — should you enter into another grand coalition — that you're opportunistically caving in after being so adamant about your decision to go into opposition? 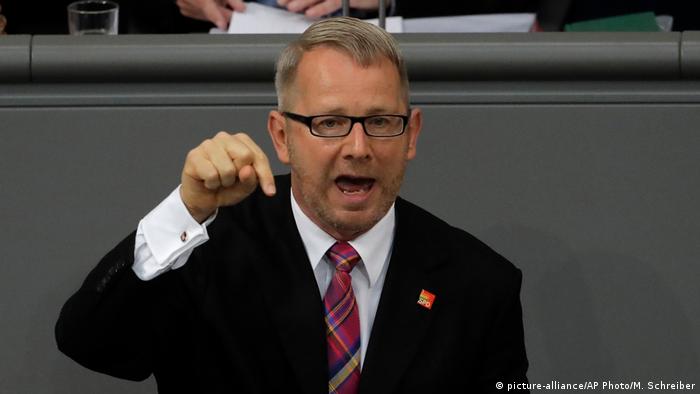 Kahrs: 'Reaching a compromise is the essence of our democracy'

I think our decision at the time was correct, legitimate and sensible. But a democracy demands compromises. I don't know about you, but if I'm not prepared to make compromises in my relationship at home I would find myself on my own very quickly. By the same token, political parties have to talk to each other. And if we follow the president's wishes it doesn't make us look bad.

Reaching a compromise is the essence of our democracy. So I find labels directed at us such as being pushovers pretty remote. On the contrary, I think it's the mark of a good politician to talk and to sound out the available options. After all, we can't hold one election after the other until the result suits us.

Let's assume you run with the grand coalition. Would the SPD be in a position to say, well, we're bailing you out Chancellor Merkel, but we want something in return in terms of certain portfolios?

At the risk of repeating myself, my focus is on the policies I fought for and the pledges I made during the election campaign. How can I make sure those policies are put into practice and in which form — that's what's important to me and, granted, it could be a long, drawn-out process.

Talking of which, are you concerned that this protracted political instability could have adverse effects on Germany's European neighbors who may be concerned at the lack of a reliable and functioning partner to deal with crucial issues such as Brexit?

Obviously we can't let this drag on interminably. The past eight weeks have been eight weeks of time lost for Germany, especially so in light of the childish reasons used to explain the breakdown of the coalition talks. But that's something the parties concerned have to answer for.

But we have a fully-functioning, acting government doing a good job with very competent ministers. And we have a budget for this year. So we do have some time and we are operational.

He loves jazz, appreciates art and is well-read — German President Frank-Walter Steinmeier is looking at a second term in office.