Germany′s political meltdown: Can the SPD profit? | Germany | News and in-depth reporting from Berlin and beyond | DW | 22.11.2017

As Germany grapples with an unprecedented political scenario, Germany's oldest party, the Social Democrats, finds itself at the center of attention. Could it, indeed, would it, come to the country's rescue? 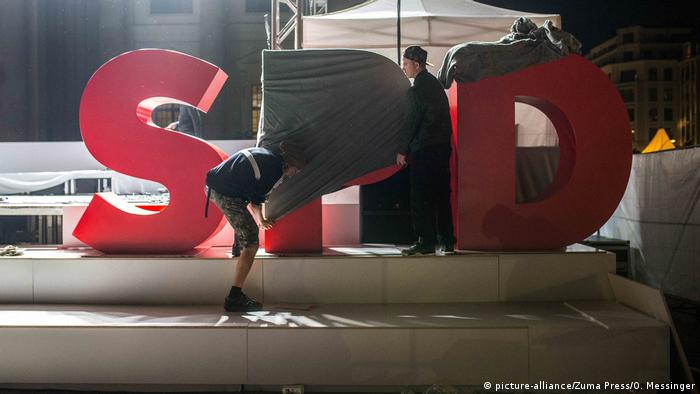 As Germany's erstwhile would-be coalition partners — the Christian Democrats (CDU), their Bavarian sister party the CSU, the Greens and the market liberal FDP — lick their wounds and the country scratches its collective head in disbelief, spare a thought for the beleaguered center-left Social Democrats (SPD).

Bloodied but proud and steeped in tradition and legacy, the party thought it had done the right thing after September's devastating election result by announcing its desire to regroup as the main opposition party in the new German parliament — not least to act as a counterbalance to the presence of the far-right, populist Alternative for Germany (AfD).

Well, that honorable intention may become moot. The message could now be: SPD, your country needs you!

So what do the potential scenarios look like for the Social Democrats? Not particularly appealing is the short answer.

No to a grand coalition

Party leader Martin Schulz has already ruled out the prospect of another grand coalition ahead of talks on Wednesday with President Frank-Walter Steinmeier (coincidentally a fellow Social Democrat until just this March, when his new job forced him to sever his party affiliations), who is meeting party leaders this week in an effort to resolve the crisis.

But if the SPD sticks to its opposition role, its detractors might accuse the party of leaving the country in the lurch and not doing its democratic duty to help ensure a working and stable government.

Charlie Lees, chair of politics and an expert on comparative party systems at the University of Bath, says there is a real danger of that happening. "I've mentioned this to a few people in the UK who don't appreciate the norm of the 'Parteienstaat,' this idea that political parties have a role to play in terms of the legitimacy of the state in a way that's slightly different than it is in the UK. So what looks like a simple cost-benefit analysis by the SPD in which they have every right to go into opposition if they want to, which is what the British see it as, can be seen as an abdication of responsibility." 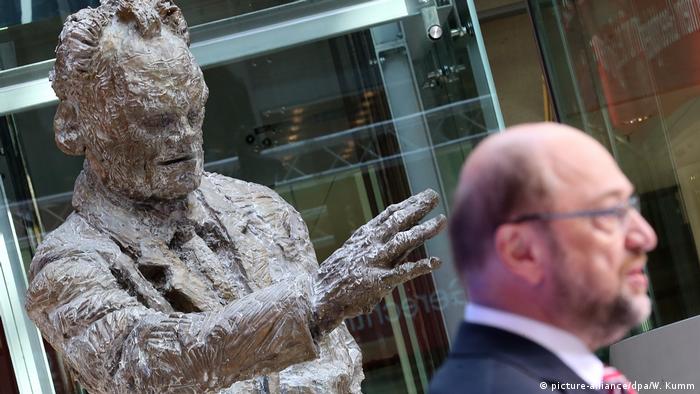 On the other hand, if the SPD comes out of its opposition shell and agrees to revisit a grand coalition with Angela Merkel's Christian Democrats, it may well be accused of opportunism and lacking backbone.

"Yes, absolutely," says Lees. "And I think just systemically another grand coalition would be an utter disaster for Germany."

As September's election showed, the rise of the AfD is one of the unwanted by-products of "Merkelism" and the result of a "fudgy center," as Lees calls it. "Another grand coalition would essentially turbocharge the appeal of the AfD."

...but not with Merkel

One option making the rounds in the immediate aftermath of September's election was that the SPD might be willing to consider another grand coalition, but without Merkel at the helm. Question is: How realistic is such a scenario?

"Well, that's tricky, isn't it? She still is chancellor candidate and there is this argument that it's not up to the SPD to determine who is the chancellor of Germany. I suppose what they could do is to extract more portfolios, so essentially try and go for a much bigger role," says Lees.

The inherent instability of a minority government and the fact that it's never been tried at a national level in post-World War II Germany does not bode well for its success.

"If [the SPD] are actually determined not to go into a coalition with Merkel they could I suppose offer to tolerate a minority coalition of, I assume, Black (CDU)-Green. But that depends very much on the internal politics of the Greens and the CDU/CSU," says Lees. Such a minority government led by Angela Merkel would have to rely on votes from the opposition parties in parliament to pass important bills or legislation. 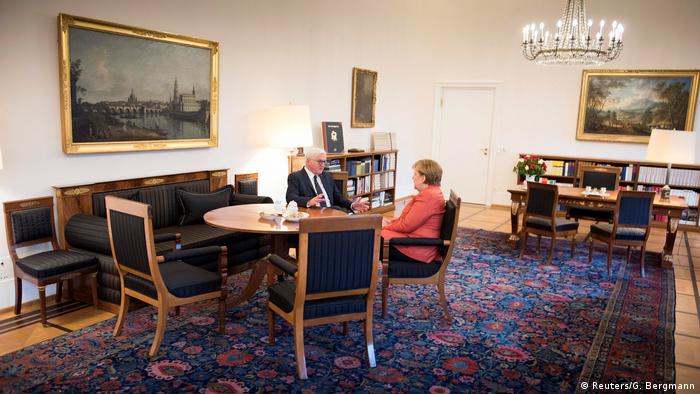 With the SPD still shaken to its core by September's election debacle, you would forgive the party faithful for not having the stomach to face such a traumatic ordeal once again. On the other hand, voters may be so disgusted by the so-called Jamaica coalition parties' inability to form a government that it could play into the SPD's hands at the polls.

"It depends who gets nailed in a sense by the political narrative for being to blame for new elections. Voters normally don't like going to the polls again. The SPD could be blamed for putting party before country," says Lees.

And of course, such a scenario could play into the hands of the AfD who managed to cut into the support of every single party in September's election, and could attract even more disenchanted voters in a new election.