Angela Merkel fails, yet still comes out on top

First, Angela Merkel's conservatives suffered their worst election results in decades. Then, just last weekend, coalition talks collapsed. And yet Merkel remains the undisputed chancellor — and she has a few new options. 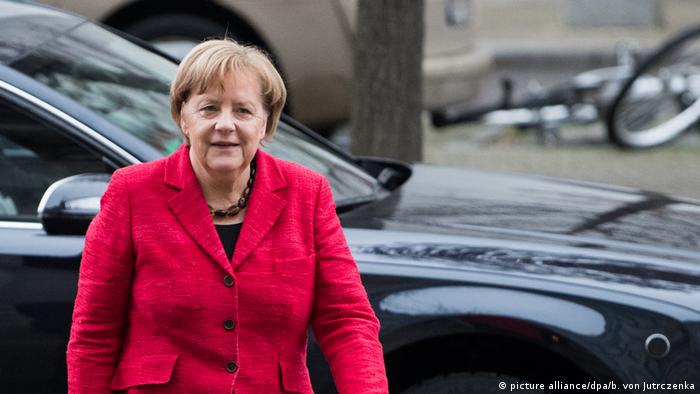 As she strides into the Bundestag, Chancellor Angela Merkel stands out with her cherry red blazer. Twelve years ago, almost to the day, she stood here for the first time as Germany's first female chancellor. Today, had it not taken so long to form a government, she could have been voted chancellor for the fourth time. But now, after the collapse of coalition talks, Merkel lacks a majority in parliament.

Read more: Are Germany's Social Democrats under pressure to deliver?

It may sound like crisis is looming, as though Merkel's power is dwindling. But it doesn't look that way as she walks through the Bundestag, shaking hands with parliamentarians. She sees Paul Ziemiak, the chair of her Christian Democratic Union's youth branch, and waves him over. The two sit down at the back in an empty row and strike up a private conversation. 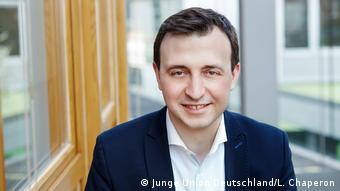 Paul Ziemiak: Once a critic, now a Merkel supporter

Ziemiak and his supporters have often criticized the chancellor in the past, but now they appear to have changed their minds and consider her the right choice to lead the country: "Germany needs stability, and if anyone stands for stability, then it's Angela Merkel."

But that's not what they were saying shortly after the September 24 election. Together with the Christian Democrats' (CDU) Bavarian sister party, the Christian Social Union (CSU), the conservatives won only 33 percent of the vote, their worst result since 1949.

Faced with the terrible showing, the youth organization said the CDU had lost credibility. They said the party's main electoral message, a promise of continuity and stability, was no longer tenable. But the chancellor didn't see any reason to blame herself for the election failure.

"Merkel sees things differently," said Andreas Rinke, a journalist with the news agency Reuters who covers Berlin. He has followed Merkel's moves for years, and in 2016 released a book on the chancellor: "Das Merkel-Lexikon: Die Kanzlerin von A–Z" ("The Merkel Glossary: The Chancellor from A–Z"). 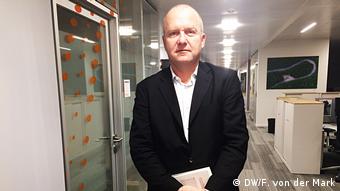 Rinke: 'Merkel has learned that failures can be turned into small victories'

From Merkel's perspective, the election results were "bad, but not disastrous," said Rinke. In his book, the word "defeat" has its own section — but it's only one page long and ends with the line: "For Merkel, a failure is never equivalent to an ultimate defeat."

The collapse of the coalition talks last weekend was "of course, a failure," said Rinke. For over four weeks, the chancellor tried to forge an alliance with the Greens and the pro-business Free Democrats (FDP), but failed. The FDP walked away, putting the blame squarely on Merkel.

But rather than criticize Merkel, her party members thanked her, gave praise and showed their support. After the election debacle, it was a second failure, but nevertheless, the CDU-CSU alliance remains united behind the chancellor. "Politics sometimes lead to paradoxical situations," said Rinke.

Rinke is eager to update his Merkel glossary to include some new words: "Sondierungsgespräche," or exploratory talks, and "Jamaica," the name of the proposed coalition between the parties that share the colors of that country's flag: black (CDU/CSU), yellow (FDP) and, of course, the Greens.

These exploratory talks marked the first time that Merkel had brought together parties with such contrasting views to explore the possibility of forming a three-way coalition. But right at the outset of the talks, a contentious issue, one inextricably linked with Merkel, began to pose problems: Germany's refugee policy.

German society is still divided over Merkel's decision to open the borders to refugees in 2015. While Green party voters praised the chancellor's decision, there was much criticism from within her own ranks.

Refugee policy was also a major topic during the election campaign. Bavaria's CSU turned against Merkel and demanded a cap on the number of refugees allowed to enter the country. The Greens, however, wanted to go further and allow the refugees' families to join them in Germany. During the "Jamaica" talks, Merkel had to convince the different camps to agree to one policy, and she succeeded — even though the coalition talks eventually crumbled. 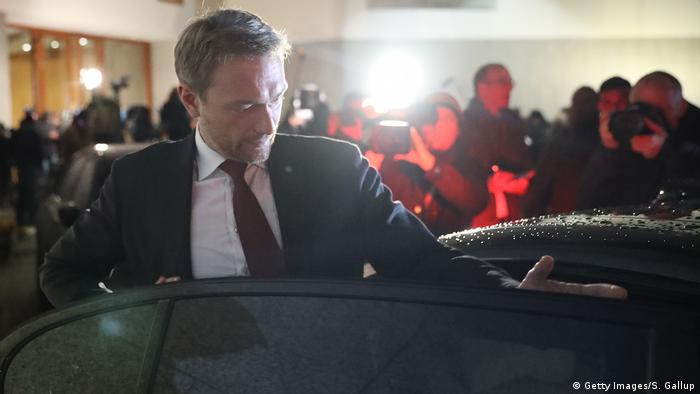 Christian Lindner, head of the Free Democratic Party, shocked Merkel when he broke off talks on Sunday

When the FDP walked away on Sunday night, the head of Bavaria's CSU, Horst Seehofer — known to be a staunch critic of Merkel — ended up offering the most praise. "Thank you, Angela Merkel," he said into the reporters' microphones. For Paul Ziemiak, the CDU's youth leader, it was a decisive moment which showed unity between the CDU and CSU.

"We now have a common line on refugee policy," he said. "That wasn't always the case, and it contributes to the unity of the conservative alliance."

Rinke believes Merkel has yet another reason to see the collapse of the talks as a gain. The chancellor managed to convince the Greens to agree with her refugee policy, and they would have been ready to join the conservative alliance in a coalition. In Rinke's chancellor glossary, Merkel uses the words "pipe dreams" and "illusions" with regard to a potential coalition with the Greens. Now, however, she is pleased about the "newly developed flexibility in the party spectrum," said Rinke. 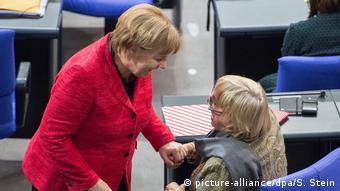 Merkel has reached out the Green party, including parliamentarian Claudia Roth (right)

There has never been a coalition between the CDU/CSU and Greens at the federal level.

But after Merkel's government removed several obstacles by introducing a nuclear power phaseout and approving same-sex marriage earlier this year, other lines of compromise were revealed in the coalition talks. A CDU/CSU-Greens cooperation is no longer unrealistic. "The conservative alliance can now keep all options open, and we are united," said Ziemiak.

It's not yet clear how Merkel will get out of the current impasse. Will she form a minority government with the Greens or the FDP, or will she once again aim for a grand coalition with the Social Democrats? Or will she decide to call a new election?

One thing is certain: Merkel will remain chancellor of Germany. In interviews this week, she has said that she's prepared to serve for the next four years — even if it comes to a new election. And what did she have to say about the tricky situation she currently finds herself in?

"Frankly, I'm not afraid of anything," she said.

Merkel under pressure: How stable is Germany?

As Germany grapples with an unprecedented political scenario, Germany's oldest party, the Social Democrats, finds itself at the center of attention. Could it, indeed, would it, come to the country's rescue? (22.11.2017)

Still without a government, the Bundestag has a set up a temporary panel to ensure parliament's ability to work. Cities and states are pressing on with their work - and making clear they want to see a new coalition soon. (23.11.2017)