German coalition talks collapse: ′A terrible end is better than unending terror′ | Germany | News and in-depth reporting from Berlin and beyond | DW | 20.11.2017

Exploratory talks between Germany's conservatives, Greens and Free Democrats have failed after the latter's withdrawal. The collapse of this coalition option was a necessity, political scientist Christian Hacke tells DW. 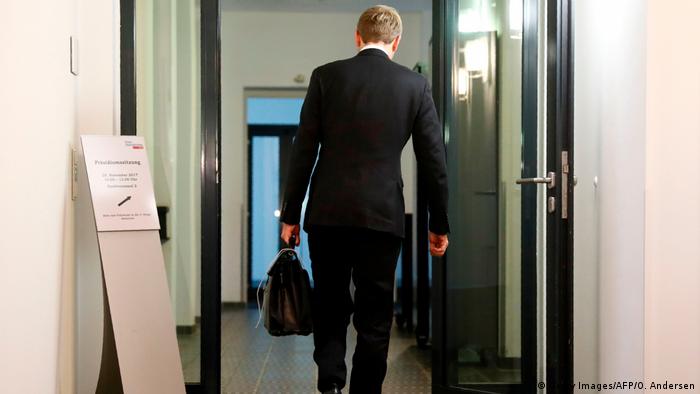 Turned his back on the Jamaica coalition: FDP leader Christian Lindner

DW: How damaging is the collapse of exploratory coalition talks to Germany's political parties, and perhaps Germany's democracy itself?

Christian Hacke: That's hard to tell, but I believe that the damage of image is indeed considerable. And I must admit, when I watched the news last night, I breathed a sigh of relief and said, "Finally! A terrible end is better than unending terror." 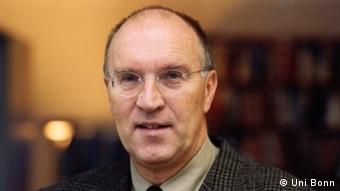 Hacke says Merkel should have 'led'

In recent weeks, the whole procedure had become unbearable to watch, because it was clearly predictable that there wouldn't be an agreement. The parties kept emphasizing that there was common ground, but observers were only too aware of the fact that they didn't move toward convergence at all. That was horrifying. I believe that the population at large is clearly disenchanted with the political system and the political parties.

To what extent does this mark the downfall of acting Chancellor Angela Merkel?

Right from the outset the chancellor should have known that she wasn't dealing with a team of four horses going in the same direction — it was four horses going in different directions. From the beginning, she should have put the desired policy objectives on the table; then the parties would have had to send signals within a week if an agreement was possible or not. She should have "led," but failed to do so. Her only goal was holding on to power at any cost. I wouldn't be surprised if this was the "Götterdämmerung" or "twilight of the gods" (German mythology meaning the destruction of the gods and of all things in a final battle) for the chancellor.

- What now for Germany after coalition talks fail?

What, do you think, will be President Frank-Walter Steinmeier's next move given the current deadlock?

He already went out on a limb calling on the various parties to reach an agreement and by suggesting that any calls for new elections were flippant at this point. That was very bold. Eventually, if he is approached by the chancellor, he will have to address the issue of new elections. This now depends on what will happen in the course of the chancellor's exploratory talks. A coalition between the conservatives and the Greens to me is completely out of the question. The Social Democratic Party has said no to another grand coalition. It is too early to say at this point how much is left of their hunger for power.

How are the Left Party and the right-wing populist Alternative for Germany (AfD) benefiting from the current situation?

It is already clear that, in the event of new elections, the AfD would be the big winner. AfD voters will be even more frustrated and will be able to exploit the situation. This was just an unworthy spectacle that I've never seen in the history of the Federal Republic with respect to post-election situations.

Which political scenarios do you think are most likely at this point?

I don't think there'll be a minority government. In any case, it would lack more than 20 to 30 votes. Under such circumstances, you'll be unable to govern. You have to have majorities. In the absence of such majorities, and if a grand coalition is also ruled out as an alternative, then there'll be simply only one option: paving the way for new elections.

In that case, party leaders would be well advised to have learned their lessons from the last couple of weeks. The population expects that a new government will be formed in a timely manner. New elections, therefore, have to be scheduled as quickly as possible.

What signal does this development send to the world outside of Germany, bearing in mind that lawmakers in Berlin have to make a number of important foreign policy decisions in the near future?

The first aspect here is that, in the course of negotiations during the last couple of weeks, foreign policy did not play a very important role. We have become so parochial. This country is so busy with itself, with domestic policy trifles, that key foreign and security policy issues were not even mentioned during the negotiations. The second aspect is that of the Federal Republic. This country is in the heart of Europe and it is almost seen as unable to govern itself at the moment, and this is viewed abroad with great skepticism. It could not be worse. Minority governments are of course doomed to fail sooner or later, because they don't have majorities of their own. I believe considering this as a stopgap solution is more than audacious.