What now for Germany after coalition talks fail?

Chancellor Angela Merkel is facing perhaps the biggest challenge of her tenure after collapse of coalition talks. New elections are now considered the most likely way forward, but are there any other alternatives? 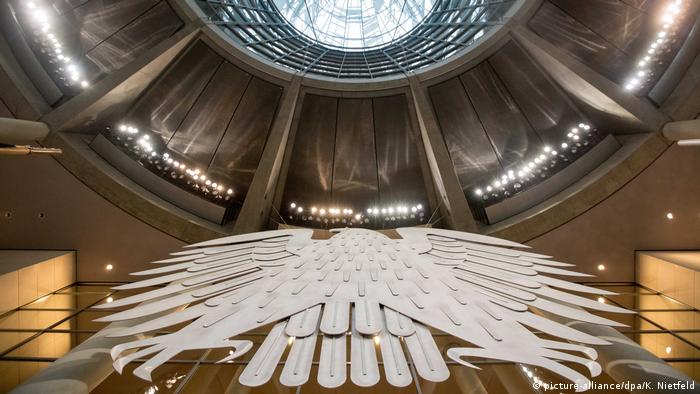 What options are there for a majority government?

The only other majority would be theoretically be provided by a coalition of Chancellor Angela Merkel's Christian Democrats (CDU), its Bavarian sister party the Christian Social Union (CSU) and the Social Democrats (SPD).

However, after a poor election showing in September, the SPD committed to an opposition role and have not changed their position.

On Monday, SPD leader Martin Schulz rejected forming a new coalition under Merkel and said his party wouldn't shy away from fresh elections.

SPD deputy leader Thorsten Schäfer-Gumbel said on Sunday that the SPD was "not the spare wheel on Angela Merkel's careening car."

- Germany's coalition talks: What are the sticking points?

- Refugee family reunification in Germany - what you need to know

Would a minority government be an option?

No, it is not really an option. In politically troubled times, it would be difficult for Merkel to require opposition support in order to pass every piece of legislation.

In any case, this model, which is quite common in other countries, has not yet been tested at a federal level in Germany. Immediately after the federal elections, the chancellor announced: "I intend to bring about a stable government in Germany." The SPD, for its part, ruled out supporting Merkel's minority government.

Could there be new elections?

Article 63 of Germany's constitution, or Basic Law, provides for the following scenario: The German president must first propose someone for the office of Chancellor. This person becomes chancellor if more than half of the members of the Bundestag vote for him or her ("chancellor's majority").

If the president's proposal does not receive a majority, a second voting phase will begin. Germany's parliament will then have two weeks to reach agreement, by an absolute majority, on a chancellor.

The number of ballots is not limited, nor is the number of candidates. If no chancellor's majority is obtained in these two weeks, a third voting phase begins. In this last round, achieving a relative majority is sufficient. The candidate who wins the most votes becomes the chancellor.

At this stage, the president must act again. If someone is elected only by relative majority, the president can appoint her or him as chancellor of a minority government — but he or she can also dissolve parliament. In this case new elections must be held within 60 days.