The beginning of the end for German Chancellor Angela Merkel? | Germany | News and in-depth reporting from Berlin and beyond | DW | 28.12.2017

The beginning of the end for German Chancellor Angela Merkel?

Pressure is growing on Chancellor Angela Merkel as a new poll shows that half of Germans would prefer her not to complete a fourth term. But who else could lead her party — let alone Germany? 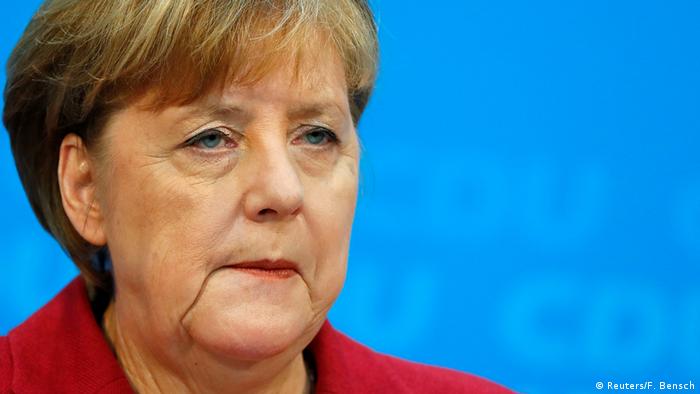 A majority of Germans seem to have come round to the idea that Angela Merkel's time is drawing to a close. A new YouGov poll released on Wednesday found that 47 percent of Germans would prefer the chancellor not to complete a fourth term in office, while only 36 percent said they would like to see her go another round.

Though it depends of course on whether she does manage to form a government this time round. It may take a while: Preliminary talks on forming a new grand coalition with the Social Democratic Party (SPD) are due to begin on January 7, with actual negotiations not expected before the end of the month, which would mean a new government might not form until Easter.

But it is by no means a given that this is how things will pan out. The last coalition talks — which were meant to form a so-called Jamaica alliance between Merkel's Christian Democratic Union (CDU), the Bavarian Christian Social Union (CSU), the Greens, and the Free Democratic Party (FDP) — ended in failure in November, with the other parties roundly accusing the pro-business FDP of scuppering the negotiations by moving their policy goal-posts.

This week the FDP retaliated against this narrative, with leader Christian Lindner and deputy leader Wolfgang Kubicki both suggesting that the party could not join a coalition with Merkel as chancellor if there were new elections, and questioning whether the CDU could go forward with her at the steering wheel.

"Of course after 12 years in office, Mrs Merkel doesn't want to descend into contradicting her own actions," Lindner told the Frankfurter Allgemeine Sonntagszeitung at the weekend. "But we want to be a part of a renewal project."

His words were soon echoed by Kubicki in the Funke Media Group on Wednesday, when the irascible veteran politician blamed Merkel for the failure of the Jamaica talks and then offered coyly, "It's up to the CDU itself how it wants it wants to get out of its 30-percent vale of tears." (The CDU has this week been polling at around 33 percent, about the same percentage it won in September's election, which was its lowest result since the first post-war vote in 1949.) 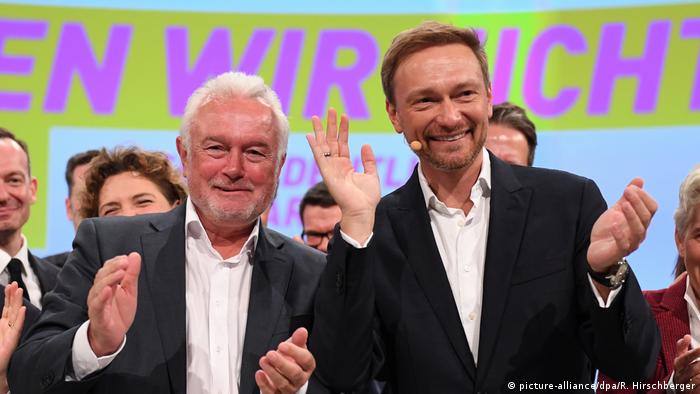 Kubicki and Lindner (left to right) think Merkel's time is up

Kubicki may have had a point when he blamed the chancellor for scuppering the coalition talks. Her governing style, and the reason for her longevity, requires calm, almost passive, compromise within a centrist coalition that holds a comfortable parliamentary majority. A minority government, the only other option currently on the table short of new elections, would leave her having to woo one parliamentary group after another trying to pass new laws.

But who else is there?

But even if everyone — including, maybe secretly, the chancellor herself — senses that Merkel's prime has passed, no one is exactly sure who can replace her at the head of what is still Germany's biggest and most important party.

Kubicki, for his part, had some suggestions about who might represent the next generation of Christian Democrats: the 37-year-old Jens Spahn, a state secretary in the Finance Ministry, has drawn much media attention in the past few months — not least for the occasional provocative statement calculated to get a populist reaction — and looks likely to figure in any future CDU leadership battle.

Then there is 44-year-old Daniel Günther, the new state premier in Schleswig-Holstein, where he is presiding over a Jamaica coalition that was supposed to be the blueprint for its federal counterpart. 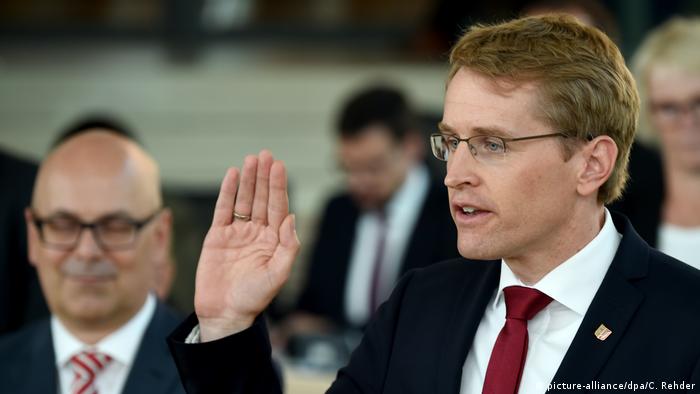 Could Daniel Günther be the future of the CDU?

The two men even brought the issue up themselves in a dual interview for the Rheinische Post in the summer, when they speculated openly about the future of the party. "We're seeing — which is historically unusual — that during a CDU chancellorship a new rank of state premiers is being built, who, along with many more young people with government duties, are guaranteeing a fullness of potential for a post-Merkel era," said Günther.

Another name occasionally batted around in the CDU is that of Annegret Kramp-Karrenbauer, the 55-year-old who led Merkel's party to victory in the small western state of Saarland earlier this year — though her position in the relative left of the conservative party would see her represent more of a continuation of the Merkel method, rather than a new beginning.

As for Merkel herself, she is currently on holiday with her husband Joachim Sauer, a professor of physics and theoretical chemistry who retired in October. Merkel hesitated for a long time over whether she would run again, or join her husband in retirement — in the end it was obvious that she still had some fight in her.

Four German political parties — the Christian Democrats, Christian Social Union, Free Democrats and Greens — are now in their third week of talks to form a government. They disagree about more things than they agree on. (30.10.2017)

Germany's former Chancellor Gerhard Schröder: 'Let's get a move on!'

The former chancellor told DW that Europe needs a stable Germany urging his SPD party to join Chancellor Angela Merkel in a grand coalition. He also said the right approach to Russia was cooperation not confrontation. (21.12.2017)