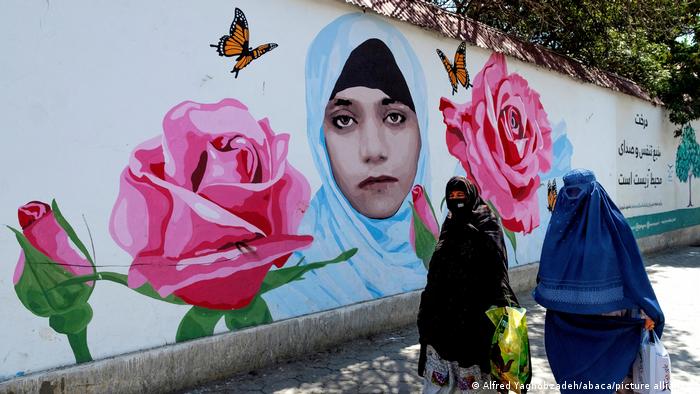 Over 80 prominent figures from the culture sector in Germany signed an open letter to Germany's Federal Commissioner for Culture and the Media, Monika Grütters, calling on her to personally support colleagues in Afghanistan — with more than just words.

"Thousands of Afghan activists, journalists and cultural workers, among them filmmakers, photographers, authors, artists and theater workers have contributed to building Afghan civil society over the past 20 years," the signatories write. "We can't let them down!"

In some cases, Afghans have been trained and supported by Western institutions, the letter reads. "Now, after the withdrawal of Western troops and the takeover of the Taliban, the lives of these women and men are in acute danger and are threatened by Islamist repression and terror," reads the letter, which appeared as an advertisement in Tuesday's edition of German newspaper Frankfurter Allgemeine Zeitung (FAZ). "Dear Ms Grütters! Make it your business to issue a German protection pledge for this group of people, as well." 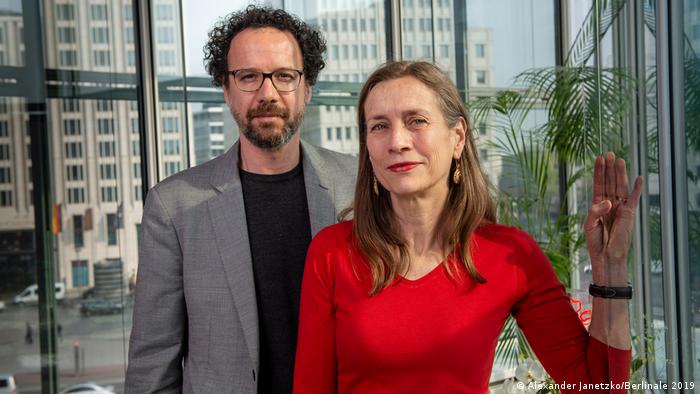 The open letter was signed by a number of prominent cultural workers in Germany, including conductor Daniel Barenboim, Berlinale film festival directors Carlo Chatrian and Mariette Rissenbeek, filmmakers Volker Schlöndorff and Wim Wenders, and photographer Wolfgang Tillmans, among others.

On Tuesday, the Taliban announced a caretaker government consisting entirely of Taliban members. It also reportedly disbanded the Ministry for Women's Affairs, days after violently clamping down on women-led protests against curbs to their freedom under Taliban rule.

Minister of State for Culture Grütters reacted to the letter and the latest developments, stating that the situation in Afghanistan "continues to be dramatic, and the plight of the people is great," as reported by German news agency dpa. She added that the German government is attempting to rescue people by land, in evacuation measures led by the Federal Foreign Office, and the Ministry of Culture is in close contact with its Foreign Office colleagues. 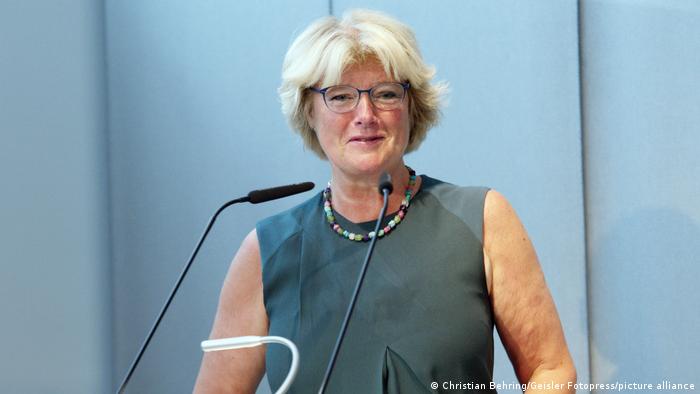 Monika Grütters pledged support for those who have fled Afghanistan

The Federal Government is determined to continue evacuating people in need of protection, Grütters said. "After their arrival in Germany, I will personally do my utmost to provide adequate support for the people who have fled," she announced. "To this end, we are making additional financial resources available in order to even more strongly expand assistance offers for refugees in the cultural and media sector, such as Writers in Exile here."

Writers in Exile is a program funded by the German government that provides grants and temporary housing to writers who face persecution in their home countries. 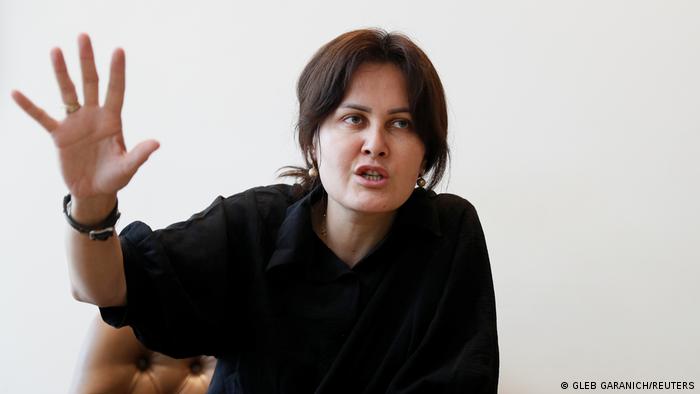 The letter is hardly the first public call to assist Afghans working in the cultural sphere. At the Venice Film Festival this week, Afghan directors asked the film community for support.

Filmmaker Sahraa Karimi, the first female president of the Afghan Film Organization, called on international film organizations, including the European Film Academy, to pressure national governments to create humanitarian corridors to help get artists and others who want to leave out of the country, as well as a guarantee that they will be granted the status of political refugees.

Sahraa Karimi to direct a film on her flight from Afghanistan

"Filmmakers do not realize their power. If they raise their voices in solidarity for the people of Afghanistan... it will work," Afghan director Sahraa Karimi told DW. She plans to turn her flight from Kabul into a film.