When the German film industry freed itself from the tight corset of the stuffy and history-forgotten post-war cinema in the 1960s, Wim Wenders was one of the leaders of the pack. Along with Rainer Werner Fassbinder, Edgar Reitz, Werner Herzog, Margarethe von Trotta and Volker Schlöndorff, Wenders was part of a new generation of German filmmakers who brought a breath of fresh air to the scene and enjoyed experimenting with different storytelling formats.

The Düsseldorf-born director, who now turns 75 on August 14, became one of the most influential figures in the New German Cinema wave, a movement that emerged in the 1960s and still greatly influences the German film scene.

Many of his colleagues have not had the same level of fame as Wenders, who remains very prolific to this day. Fassbinder passed away in 1982, Kluge works primarily in television and writes books and the others occasionally shoot, but have not managed to receive the same recognition as Wenders. Only Werner Herzog has remained as impressively active.

In addition to his work with film, Wenders has been involved in a variety of creative pursuits. He exhibits his photography worldwide, works as a university lecturer, is a member of juries, is present at award ceremonies and at many public art events and has even directed operas at Berlin's State Opera.

Wenders is perhaps best known for his film Paris, Texas, an expression of love for American cinema and the United States itself, where he lived for many years. The 1984 film won him the prestigious Golden Palm award at the Cannes Film Festival and paved his path to success.

Another of his well-known poetic masterpieces is the 1987 film Wings of Desire. The black-and-white film presents a romantic view of the still-divided German capital from the perspective of two angels.

Yet Wenders had been making films since long before these two successes. His early films like, Alice in the Cities and Kings of the Road, were road movies of a different kind.

The 1977 film, The American Friend, starring Easy Rider actor Dennis Hopper, marked the cinematic turning point in which Wenders began to shoot in dreamy, lonely landscapes in the US. Then the success of Paris, Texas opened doors for the director and gave him an open invitation to Hollywood. 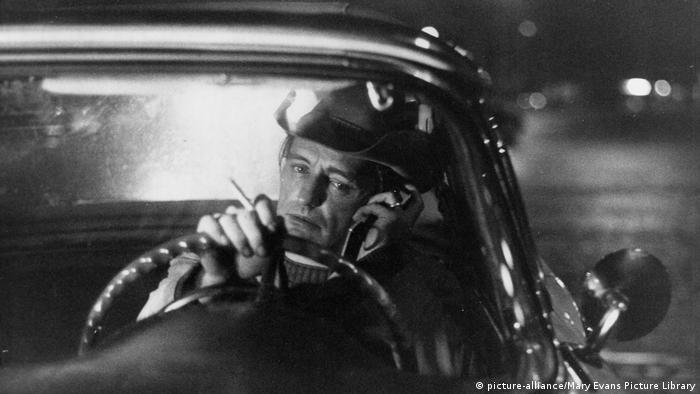 Dennis Hopper in 'The American Friend'

Not a huge fan of Hollywood

Hollywood didn't sit well with Wenders, in part because of the nature of his work. He felt he did not have the creative autonomy he sought as he was working within the Hollywood system. And so, after 16 years in the USA, he moved back to Germany, where his output failed to obtain the acclaim of his earlier films. After several years, he reemerged as a successful documentary filmmaker.

His documentaries are shot with sensitivity and great care for their subjects. Wenders uses the narrative skills he developed earlier in his career to tell engaging stories. His comeback was in 1999 with Buena Vista Social Club, a celebrated documentary about a group of Cuban musicians.

Pina, a 2011 documentary about the life of celebrated contemporary dance choreographer Pina Bausch, as well as The Salt of the Earth (2014), about Brazilian photographer Sebastiao Salgado, both earned Wenders an Oscar nomination for best documentary, just like Buena Vista Social Club did. His latest documentary release in 2018 was a film about Pope Francis, titled Pope Francis: A Man of His Word.

Wenders has also kept directing dramas as well, but his latest efforts, such as Every Thing Will Be Fine (2015) and Submergence (2017), received unfavorable reviews and bombed at the box office.

The 75-year-old director also celebrates 50 years of filmmaking this year: His first feature length work, Summer in the City, was released in 1970. His varied career has definitely led to a series of outstanding works that will forever leave their mark on German film history.

Making a movie is a group project. That's why filmmaker Wim Wenders appreciates the solitude of photography, he tells DW. His works are now on show at Dusseldorf's Kunstpalast.

Bruno Ganz: The actor who mastered Hitler and then moved on

He played Faust, a fallen angel and even Adolf Hitler. While Bruno Ganz has a penchant for problematic roles, he's performed them all with skill and elegance. The Swiss actor turns 75 on March 22.

Traveling the USA and Europe with Wim Wenders' Polaroid photos

He took pictures of raw landscapes, film crews and himself. The world-famous film director is also a photographer and early fan of the Polaroid camera. Discover gems from Wenders' collection of 12,000 shots.