As the German director celebrates 30 years of his epic tale of walled Berlin with a newly restored version, he recalls how GDR officials shelved an East Berlin shoot since the protagonists could 'walk through walls.' 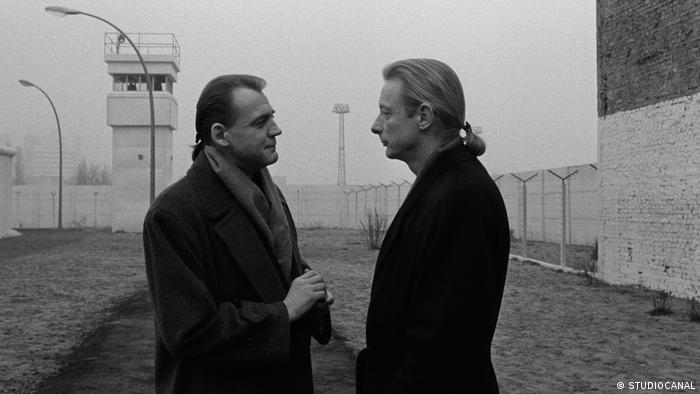 Wim Wenders is almost constantly on tour. Since his latest feature film "Submergence" premiered last fall at the Toronto Film Festival, the director has been attending near-daily retrospectives and re-releases of his films.

In Berlin, Wenders just opened a joint show with the Japanese-Swiss artist Leiko Ikemura in the former home of the painter Max Liebermann. And in a few days he presents his new documentary "Pope Francis — A Man of his Word" at the Cannes Film Festival.

Read more: Wim Wenders goes underwater and into the desert with 'Submergence'

And at a recent engagement in Cologne, Wenders attended a sold-out screening of his classic film, "Wings of Desire," which has been re-released for its 30th anniversary in a pristine new 4k digital print. 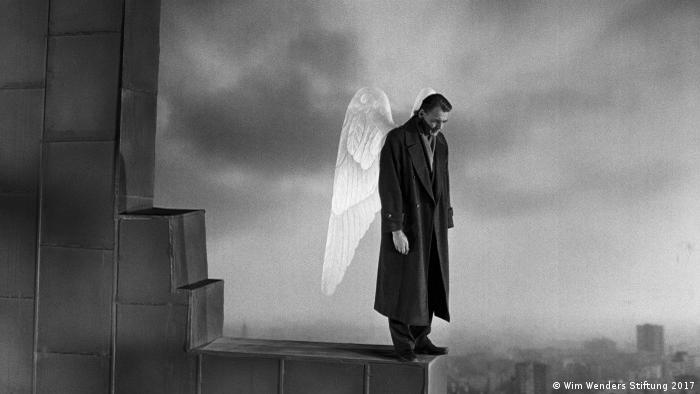 "Wings of Desire on the big screen in 4k...shows us a city and shows us a world that is 30 years old, but it is so succinct, so there and so rich that it could also be a new film. That was our goal," said Wenders, who is obviously satisfied with the new high resolution version of the film that seeks to reproduce the look of the original negative.

With his Wim Wenders Foundation, Wenders has been preserving his films for posterity in the most original condition achievable. "The history of film deserves that the films shown as beautifully as possible," he said.

For "Wings of Desire," Wenders, who won best director at Cannes for the film, explained how the restoration team dealt with six different generations of the print that were created to combine the black-and-white and color segments of the movie, which have lost quality over time.

Indeed, viewing the newly restored version is a real treat since the fantastic black-and-white images — lensed by legendary French cinematographer Henri Alekan in 1986 — have achieved a new brilliance. 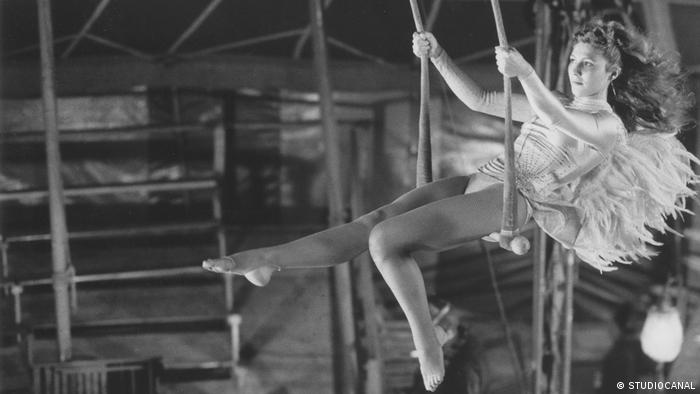 The restoration work gives the film, shot three-quarters in black-and-white, a new luster

Questions from the public at the Cologne screening triggered Wenders to recall a few anecdotes from the making of the film, including the story of how he approached American actor Peter Falk.

At the time, Wenders was looking for a familiar face for the role of an angel who had become human again, and Falk was known worldwide as the chief detective on the TV show "Columbo."

By chance, Wenders had the phone number of US director John Cassavettes, who had made Falk a star in the 1960s. Cassavettes soon gave the director Falk's phone number and within minutes he had "Columbo" on the line.

Two days later, Falk was in Berlin. Wenders laughs when he recalls how fast it all happened.

The story of two angels Damiel (Bruno Ganz) and Cassiel (Otto Sander) who roam walled Berlin and listen to people's thoughts while remaining invisible to them, "Wings of Desire" saw Wenders create arguably his most fascinating, and enigmatic, cinematic work.

But the appeal of the film for today's viewers is also as a historical document of a city that has changed completely since the work was created three decades before. 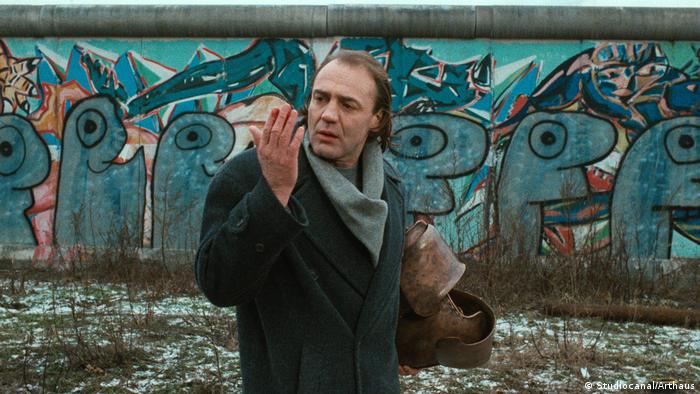 Bruno Ganz, who plays one of the film's angels, traverses the Berlin Wall

'They can go through the Wall?'

Shot two years before the fall of the Wall, "Wings of Desire" was not only a product of West Berlin, where it was mostly set, but was also a creature of the East.

Wenders recalls that his previous film "Paris, Texas" (1984) was screened many times in the Eastern Bloc, including in the GDR — which was unusual at the time for films from the west.

In East Berlin, "Paris, Texas" was seen as subversive and critical of America, explained Wenders with a laugh.

Indeed, Wenders was given an appointment with the then-Minister of Culture of the GDR (ed. note: Hans-Joachim Hoffmann). He was also expressly encouraged to defect to the East once he had traveled across the border to discuss "Wings of Desire."

However, when Hoffmann heard that the West German director had not arrived with a screenplay since there was none, the minister was less euphoric: "Of course, a script equals control," said Wenders, adding that with no script "one turns out of control."

When the minister then asked what the film was about and was told two angels, his jaw dropped. "Guardian angels? Are they invisible?" Hoffmann asked.

"Yeah, that's where I'm going to shoot!" answered the director before the conversation ended.

But all was not lost, and a few scenes were secretly filmed in East Berlin by a friend before the film rolls were smuggled across the border.

"Wings of Desire" is not only worth watching again for its technical mastery, the weightless camera, the beautiful images and the surprising story of two angels in divided Berlin. It remains a must-see because it so vividly captures the German capital as it once was.

Wim Wenders' latest film, "The Beautiful Days of Aranjuez," is a melancholy contemplation of love and life. Originally written for the stage, this is Wenders' fifth collaboration with playwright and friend Peter Handke. (25.01.2017)

The Berlin Wall: day of parity between its rise and fall

The Berlin Wall stood for 28 years, two months and 27 days. Now it has been gone for just as long, at least as concrete and barbed wire. In other forms, it still stands, writes Marcel Fürstenau. (04.02.2018)