A new exhibition at Bonn's Bundeskunsthalle museum is dedicated to the German director who was extremely prolific despite his destructive lifestyle.

Rainer Werner Fassbinder's significance as a filmmaker is an established fact in Germany, but the country was never too fond of him — especially not of his lifestyle.

The director, who died at the age of 37, was extremely prolific during his short life. From 1969 until his death in 1982, he directed over 40 feature films, two TV series, different short films and video productions, and 24 plays.

But work was not his only addiction. His drug and alcohol abuse came at a price, also affecting his popularity in Germany.

Local cinephiles were more likely to be fans of the films of Volker Schlöndorff, Werner Herzog and Wim Wenders than Fassbinder's.

Still, New German Cinema, the wave of new arthouse directors that revolutionized West German filmmaking in the 1960s, would not be conceivable without Fassbinder.

Born on May 31, 1945 in Bad Wörishofen, Bavaria, Fassbinder never attended a film school, but rather learned to make films on his own. That's perhaps exactly what made him strong and courageous.

Fassbinder did whatever he wanted. He didn't allow anyone to meddle in his film projects or his lifestyle, which was significantly shaped by his homosexuality as well. He was always a radical outsider in a bourgeois society.

After starting his career in theater as an actor, scriptwriter and director, he made his first feature film, Love Is Colder Than Death,in 1969.

Fassbinder was a multitalented genius; he directed films and plays, wrote screenplays and radio dramas, made documentaries and fiction films of all lengths and was also an actor.

A deep understanding of the media

Along with his artistic versatility, Fassbinder always aimed to develop something completely different, points out Michael Töteberg, who wrote different books on the filmmaker. "He created in many different media forms, but always with a specific understanding of each medium," the film expert told DW. He would never make a film out of a play or simply turn a TV series into a film, for instance. 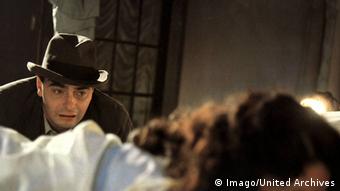 'The Stationmaster's Wife' with Kurt Raab, one of Fassbinder's favorite actors

If he did make two versions of a project for the big and the small screen, such as The Stationmaster's Wife, they differed enormously, adds the author.

The fact that Fassbinder developed a new perspective for each project is what Töteberg finds exciting about his work, even though that's not what he's best remembered for.

Once a filmmaker is ranked among the classics, then "a certain image of this person sticks," the film expert says.

Fassbinder is mainly known for his cinematic melodramas about German history, and Töteberg observes that anything that doesn't fit in this framework tends to be left aside, even though the director's work was very extensive and diverse.

The film expert believes Fassbinder's significance was recognized earlier abroad than in Germany and that he was probably better understood there as well. 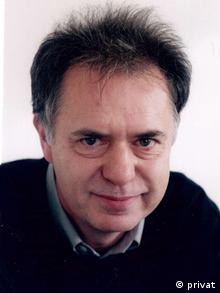 Fassbinder celebrated his international breakthrough at the Cannes Film Festival in 1974 with Ali: Fear Eats the Soul, which won different awards there. Töteberg notes that the German's films also received early praise in the US, and it's only following Fassbinder's international success that people in his home country became aware of his artistic genius.

Today, "the image of Germany abroad is clearly shaped by Fassbinder," says the author.

But did Fassbinder's tumultuous lifestyle and drug abuse and his reputation of having an extreme temper on film sets and of insulting friends damage his image as an artist? There is certainly something to it, says Töteberg, who, however, finds that "the cliché of the ingenious monster" isn't particularly helpful to better understand the Fassbinder phenomenon.

A unique perspective on Germany

Fassbinder was way ahead of his time on many issues. Töteberg cites sexuality as an example: "At the time he directed In a Year of 13 Moons (1978), who had actually heard of transsexuals outside of fringe groups?" 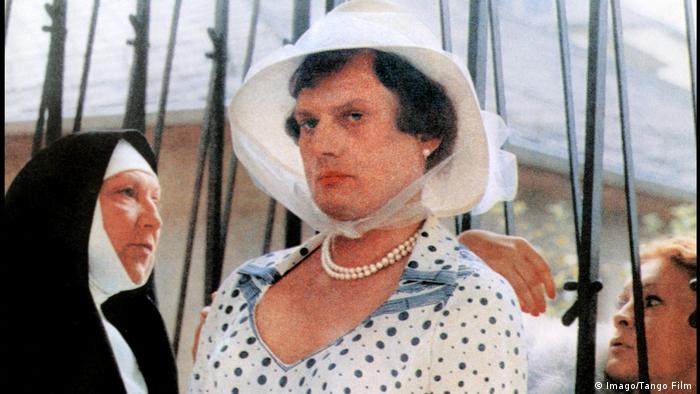 Fassbinder's cinematic take on politics, history and current events was also singular. He could not be defined as part of a specific camp, says Töteberg: "He never did propaganda, whether for left-wing or other politics; he always kept a distanced and critical position to the social movements of his time." In this respect, he didn't have any illusions and wasn't naïve about what was happening in Germany at the end of the 1960s-1970s.

Fassbinder never wanted to live up to expectations: "Whenever he had a commercial success, then the next film he made was a rather disturbing one," says Töteberg. "And when people thought: 'Oh, he's really become an arthouse director now,' then he'd do something for the mainstream. That was his way of being consistent!"

A director to discover and rediscover

To this day, there is still a lot about Fassbinder to be discovered. Some of his films disappeared for a long time, in some cases for legal reasons. Some of them have only recently been rediscovered and restored.

Despite his tremendous creative output, the director didn't consider himself a genius at all: "Fassbinder always said: 'I make things out of things. I'm not that productive myself.'" But, Töteberg adds, "the way he seized these things so productively, that's what is fascinating about him."

The "Rainer Werner Fassbinder Method" exhibition runs from September 10, 2021, through March 2, 2022 at the Bundeskunsthalle Bonn.

This article was first published on what would have been Fassbinder's 75th birthday, on May 31, 2020.

Ballhaus was known for his work on Academy Award winning films "Goodfellas" and "The Departed." He also served as the Head of Jury at the 40th Berlinale Film Festival. (12.04.2017)

The Bundeskunsthalle museum in Bonn looks at the work of director Rainer Werner Fassbinder and his significance for New German Cinema.