While many debut films have marked the start of a successful career for some directors, others were quickly forgotten.Here are some of the best debut films by German directors.

It's not easy to win an Oscar, and certainly not for a director's debut film. In fact, Hollywood's highest award rarely goes to a debut film - and even more rarely to a German director. One truly sensational exception is Florian Henckel von Donnersmarck's first movie "The Lives of Others." It was showered with praise and awards such as the 2007 Oscar for Best Foreign Film.

A good debut does not guarantee long-lasting success

The names of many German directors who've debuted films have been long forgotten. Sometimes this is because their first film was also their last, or perhaps that their other films simply didn't achieve the same success. Some directors, however, made comebacks much later in their lives. After all, planning one's career as a film director is no easy task. 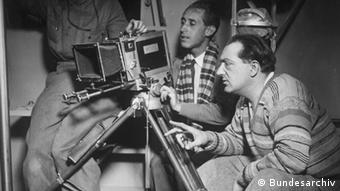 Our selection of the ten best German debut films starts with a postwar work that was the only film directed by German actor Peter Lorre. Lorre worked in Hollywood for many years before taking on the project. His somber movie "The Lost One" was one of the most impressive films to debut in an era when German film wasn't exactly flourishing.

The debut films of Fritz Lang and F.W. Murnau are believed to be lost 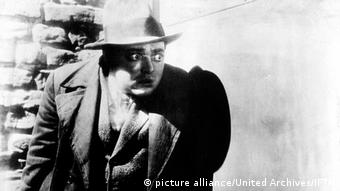 Interestingly, many movies by renowned German directors of the silent film era are now believed to be lost. Among them are films from well-known names like Fritz Lang, Friedrich Wilhelm Murnau, Georg Wilhelm Pabst and Ernst Lubitsch. In other cases, their films were short works that didn't suggest they would later become stars. Alternatively, some hotshot German directors such as Helmut Käutner and Wolfgang Staudte had their time in the limelight thanks to later works and not debut films.

The directors of New German Cinema had a wild start

The 1960s ushered in a new age for German cinema, with directors basking in success during the "New German Cinema" wave. Some of them made their mark with their very first film, such as Alexander Kluge and Edgar Reitz, Rainer Werner Fassbinder and Volker Schlöndorff. Werner Herzog and Wim Wenders, by contrast, had their breakthroughs thanks to later works.

These extraordinary filmmakers remained influential to the film scene of former West Germany for decades. The 1990s saw the rise of yet another generation of young filmmakers who rejuvenated German film. Directors like Tom Tykwer, Hans-Christian Schmid, Caroline Link and Fatih Akin revolutionized German cinema during this remarkable decade thanks to their highly acclaimed works. 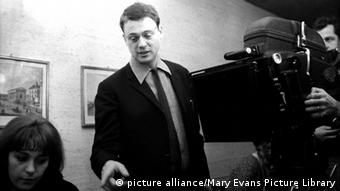 In retrospect, the extraordinary debut of Florian Henkel von Donnersmarck's spy drama "The Lives of Others" shows how a high-flying debut can become problematic. His next film, "The Tourist", was a flop at the box office. This year, however, viewers can look forward to his third movie 'Work Without Author".

It is the most famous German film production company: Founded in 1917, Ufa produced films that remain great classics — as well as works of propaganda for the Nazis. (18.12.2017)

The KINO team's personal choice of the top 10 German thrillers. Did we get it right? Check out the new edition of KINO FAVORITES. (02.01.2017)

Fritz Lang is one of the legends of cinema history. He created dystopian fantasies such as “Metropolis” and “M.” A new biopic is plumbing the depths of the genius director's troubled soul. (02.05.2016)