It is the most famous German film production company: Founded in 1917, Ufa produced films that remain great classics — as well as works of propaganda for the Nazis.

2017 has been a special year for UFA. The company was officially founded 100 years ago on December 18, 1917— an anniversary the company has been celebrating all year long.

An exhibition on UFA opened at the end of November at the Deutsche Kinemathek Museum for Film and Television in Berlin.

DW asked Rainer Rother, artistic director of the museum, about UFA's role over the decades. 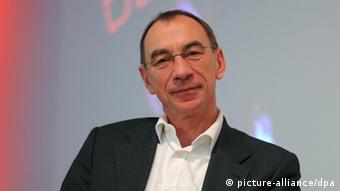 Rainer Rother, artistic director at the Deutsche Kinemathek - Museum for Film and Television in Berlin

Deutsche Welle: UFA stands for totally different film eras, cultures and styles — is there any connection at all?

Rainer Rother: Yes, there is a common ground: "We want to be important, nationally and internationally!" That pursuit was still in a fledgling state when the firm was founded, played a role when the company was revived in the 1950s, and took on steam in the 1990s after it was absorbed by Bertelsmann.

UFA is Germany's most prominent film production company: What is specifically "German" about it?

Perhaps its history. It was born in World War I, at a time when official attitudes towards motion pictures had already changed. Before the war, authorities felt films tainted morals, and that only educational programs were worth supporting. That changed during the First World War, as the reaction to allied propaganda back then was: "We want to have a big film production company, too."

That is an intrinsic German development. One could say that Ufa has always had an eye on the international stage, defining itself as a production firm that seeks to be successful by focusing on typical German issues, and that makes it distinctive. That concept is still behind much of what the new UFA produces today.

How characteristic is the link between politics and culture in the company's long history?

The film production company was created with the goal of exercising political influence. It was expected to make money without being a pure propaganda institution, but rather a company that reaches the audiences with its films. Both aspects endured. In the 1920s, a two-part movie on World War I was produced in close cooperation with Foreign Minister Gustav Stresemann.

During the Nazi era, the authorities were clearly in control.

In the 1950s, UFA was newly founded with the backing of the German government. Then, too, Germany was interested in having a major German film production company. That said, the years after Bertelsmann took control in 1964 are really the first time there was no state influence at all. 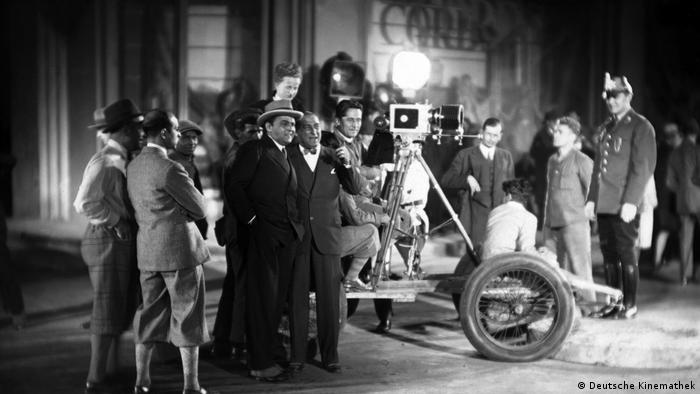 Who are some of the great UFA producers and directors?

How do you rate the movies UFA produces today, many of them mega TV projects about historical events in Germany?

These films are typical for German TV, and what the audience wants to see, feature films about German history. With the 2001 film "The Tunnel" — a made-for-TV movie about events after East Germany closed the border and began to build the Wall in 2001 —, UFA started to cater to people's interest in recent history. 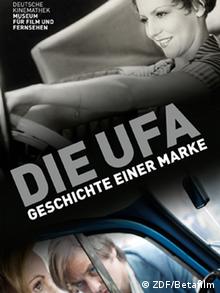 Poster of the exhibition "Ufa: The History of a Brand"

The company produced propaganda films for the Nazis  from 1933-1945. How damaging was this for its reputation?

A large part of the films produced in those years are to be judged in a negatively. At the same time, we must admit that UFA was always strongly committed to the audience's tastes in various eras. The "classic" Ufa [Eds. how the name was spelled before the Bertelsmann takeover] produced a lot of "bread and butter" films, the same is true of today's UFA TV productions, including daily soaps that cater to a certain segment of viewers.

What does UFA still have in common with the "old" Ufa?

By pursuing the greatest possible diversity and through its claim to international competitiveness, the company which currently has the UFA name rights carries on the old Ufa concept.

"Ufa — The History of a Brand" is a special exhibition at Berlin's Deutsche Kinemathek - Museum for Film and Television. It runs from November 24, 2017 through April 22, 2108.

A quarter-century after her death, the star of the silver screen has not been forgotten. Dietrich, who was born in Berlin, remains an idol and an enigma. A new biography reveals details about her personal life. (05.05.2017)

Classic filmmaker Fritz Lang is 'back' in cinemas

He made a film about a famous serial killer and the murder of his own wife was never solved. Now a new movie about legendary German-Austrian filmmaker Fritz Lang is opening in cinemas - bridging fact and fiction. (12.04.2016)

It is the most renowned German film production company: Ufa was founded in 1917 and produced films through the end of World War II, during which time it served as a propaganda tool for the Nazis. (23.11.2017)

Computers collect data and use it to restructure the world. How free are algorithms from stereotypes, prejudices, racism and sexism? Who profits, and who faces additional discrimination? And: Does AI really make the world fairer? Doubts are allowed!