A quarter-century after her death, the star of the silver screen has not been forgotten. Dietrich, who was born in Berlin, remains an idol and an enigma. A new biography reveals details about her personal life.

Marlene Dietrich once said she'd already been photographed to death. By this point, the actress had already stepped away from the film industry. It may well be that enough has been already written, too, about the famous German Hollywood star. She's been the subject of different biographies, specialized books and film analyses. Dietrich herself also contributed to the pile, by writing her own memoirs and reflections about her life and career.

Yet despite the abundance of material, a new and hefty book about Dietrich by author Eva Gesine Bauer is released on the 25th anniversary of the actress's death. After all, each generation needs a new and fresh look at the idols of the past. With over 600 pages, the book provides numerous details about Dietrich's life and how she marketed herself in front of the camera. Some of these pivotal moments in her career may be surprising to readers. 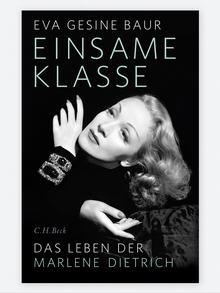 Cover of the new biography by Eva Gesine Baur

The Berlin-born actress was catapulted into success with the premiere of the film "The Blue Angel" at the beginning of the 1930s.

Under the stern guidance of director Josef von Sternberg, she starred in six films that immortalized her in the history of cinema.

After a string of failures, however, she managed to find her way back into success and starred in Hollywood classics like Billy Wilder's "Witness for the Prosecution" (1957) or Orson Welles' "Touch of Evil" (1958).

She also supported US forces during the Second World War and visited troops in Europe. After the war, she also saw success as a singer.

Yet in her final years, she lived alone and isolated in her Paris apartment; the same apartment in which she eventually died. All of these aspects of Dietrich's life have been written about in detail in the past.

However, Bauer's meticulously researched new biography, with its anecdotes and minutiae, offers something new. The work is written chronologically. It starts by describing her small roles on Berlin stages, her first appearances in front of a camera and then the bombastic success of "The Blue Angel" in which she steals the spotlight from her co-star Emil Jannings - the first person to win an Oscar.

And those were just the first years of her career, when she still lived in Germany. Even at that time, as explained in detail in the new book, the actress was ambitious and a brilliant networker. 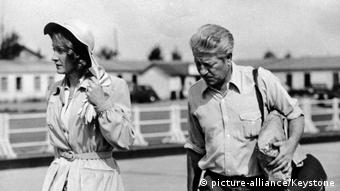 Despite her many romantic affairs, Dietrich claimed Jean Gabin was her greatest love

Dietrich's daughter, Maria Riva, holds a collection of her mother's personal writings. They detail her mother's voracious appetite for romance, which sometimes involved up to three lovers per day. Dietrich's diary may be one of the most valuable gossip-generating items in Hollywood history. The actress apparently stipulated that the writings could be released only 25 years after her death, and it didn't necessarily have to be done by her daughter.

Billy Wilder: 'The romantic immaturity of a 16-year-old'

What was actually going on deep down in the soul of Marlene Dietrich? Why did she have such lust? Baur attempts to understand this in her biography with the help of her closest confidants. Billy Wilder, for example, said Dietrich had the "romantic immaturity of a 16-year-old" and an "incurably romantic soul." Bauer herself speaks of the "validation" that she needed to have from her partners, which may have been the reason why she constantly took new companions. Marlene looked for love and recognition everywhere, even in bed. 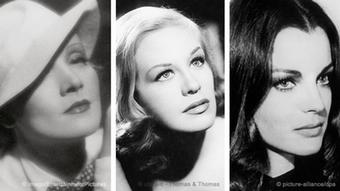 No one is "more lonesome than an extremely polygamous person" her biographer said in an interview with German news agency dpa. "The feeling of being lonely comes out of the feeling of being misunderstood. Throughout her whole life, Marlene was deeply plagued by self-doubt and insecurity."

It was also true, despite all of the success in the cinemas and on the stage that she had money troubles throughout her life. Known as one of the great idols of the silver screen, Marlene Dietrich's financial woes were especially prominent during the last two decades of her life. She borrowed money, charged horrendous sums for interviews, did advertisements and exhausted herself by doing tours from Las Vegas to Australia.

From Hemingway to Bowie

Ernest Hemingway, Erich Maria Remarque, Jean Gabin and Joseph F. Kennedy: the list of her acquaintances, most of whom she was involved with romantically, seems endless.

She had contact with her husband Rudolf Sieber whom she married in 1923 until her death in 1976. She was the godmother of Edith Piaf's daughter, and knew Romy Schneider and David Bowie.

It is perhaps surprising that she never acted in a film of Reiner Werner Fassbinder who, as an industrious genius of New German Cinema, had a knack for featuring older German divas in his films.

Another striking fact is how Dietrich was often derided as a "traitor of her homeland" during her appearances in Germany in the 1950s and 60s. "She didn't feel at home anywhere, in any place, in any language and in a career to the extent that she didn't constantly have to think about how to sell herself," writes her biographer, summarizing in this sentence the soul of the diva - whose essence remains, despite all attempts to illuminate it, a mystery.

Eva Gesine Baur's biography has been released in German, under the title "Einsame Klasse - das Leben der Marlene Dietrich" (A class of her own - the life of Marlene Dietrich).

Hollywood, London, Paris, the diva lived in many cities. She was born in Berlin and it is here that she began her career that made her world famous. We take a stroll in the footsteps of the German actress and singer. (16.11.2016)

Brad Pitt opens up about alcohol dependency and split with Angelina

In an interview with GQ Style, the celebrity revealed details about his problems with alcohol, the end of "Brangelina," and his newfound love of therapy. He also added that acting is not important to him. (04.05.2017)

Marlene Dietrich's life: from Berlin to Hollywood, and back

The actress, who died 25 years ago, was an icon in the history of cinema. A new biography looks back on the life of the famous star and reveals unusual details. (05.05.2017)