Forget the explosions and effects. Wim Wenders uses 3D to give characters in natural settings an unforeseen presence in his new film"Every Thing Will Be Fine." 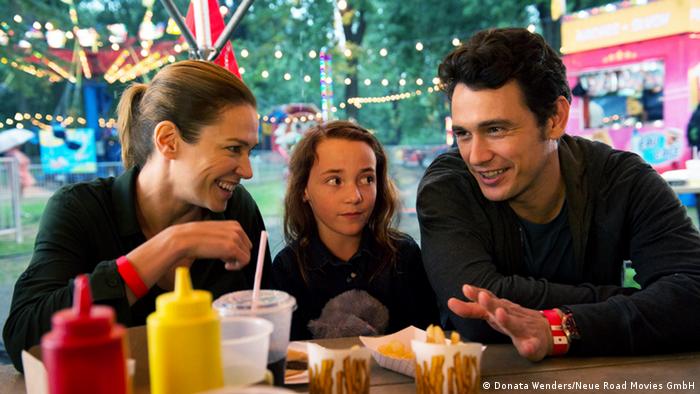 Poetic feature films like "Wings of Desire" and "Paris, Texas" are on every film student's must-see list and established Wim Wenders as one of the greats of cinema.

In the past decade, the director of the "Buena Vista Social Club" rather focused on making documentary films, the most recent one being "The Salt of the Earth." Now Wim Wenders is back with a new fiction film, and his fans will be delighted.

It's not as if he had given up fiction completely since "Wings of Desire" in 1987. Yet the dramatic features Wenders directed in the last 25 years were not as memorable as his classic masterpieces.

Something seemed to be missing: Faith in the power of images. His films became increasingly cerebral and laborious. Many of them offered a reflection on cinema itself: The director would let his protagonists take the camera and philosophize about the state of media. Initially, filmmakers and media theorists were attracted by this type of intellectual game, but his films suffered.

With "Every Thing Will Be Fine," which opens in Germany's cinemas on Thursday (02.04.2015), Wenders gave up this approach. Regaining faith in the power of images, he came back to the simpler plots of his initial works of fiction. 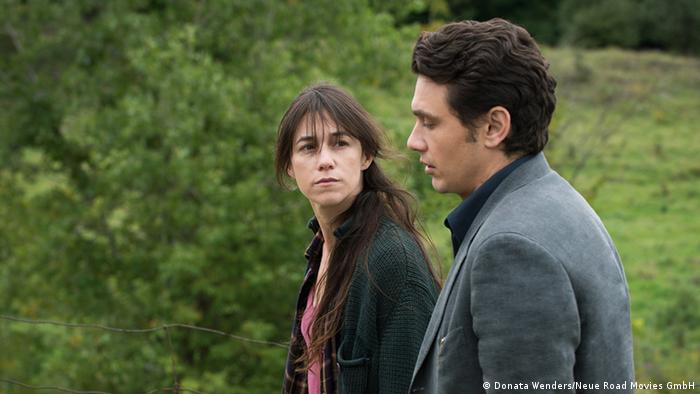 "Despite the flood of digital photos and films, I think today that well composed images and precise storytelling could still shed light on people's existence," said Wenders. Not all images wash away in the tide, he added: Some of them stand out like rocks in the waves.

"Every Thing Will Be Fine" radiates this great peace and serenity, reminding of the director's earlier powerful images. It gives the impression that Wenders now knows exactly what can be achieved with a simple plot and no longer constantly needs to remind his audience that speed and complexity embroils all stories nowadays.

Crisis of an author

The storyline in "Every Thing Will Be Fine" is quite simple: A writer named Tomas hits and kills a child in a car accident on a winter road in Canada. Tomas is not to blame for the accident, yet the tragic events trigger a crisis in the life of the author. He questions himself as a human being and even as an artist. 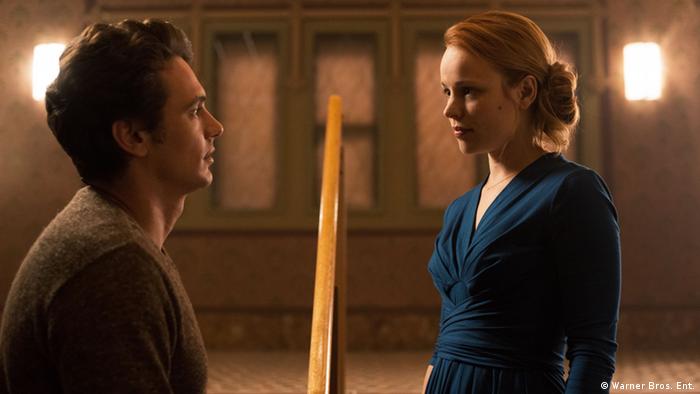 Tomas breaks up with his Sara (Rachel McAdams) after the accident

Wenders wanted to explore different levels of guilt - not just the guilt which results from an accident, but the responsibility every author or filmmaker has when using or "exploiting" stories from real life. In the film, Tomas obtains success with a novel telling the story of his accident.

Tomas also breaks up with his longtime partner. He gets in touch with the mother of the dead child, meets a new woman, and keeps writing books. Years go by. Yet the accident still troubles him. Then one day, the victim's brother shows up to visit him. Having witnessed the accident, the young man is just as haunted by the events as Tomas.

"What is each person's responsibility?" asks Wenders, "And what is the relationship which binds two strangers connected by a trauma?" For the filmmaker, these are universal questions which do not only concern the characters of the film but all people. Do we accept and respect the reality of other people as part of our own reality? 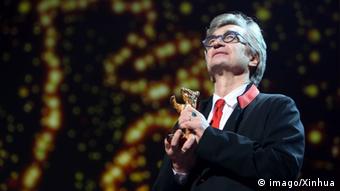 Wenders received an Honorary Golden Bear at the Berlinale in February

Wenders asks all these questions in his film. His answers are supported by a stunning visual backdrop. From the first scene set in winter, the film spectacularly depicts all Canadian seasons. Wenders found a series of magnificent locations in Montreal and Quebec for his movie.

"Every Thing Will Be Fine" was filmed in 3D. In a discussion before the premiere at the Berlinale, Wenders pointed out that directors mostly use 3D for effects and tricks in Hollywood films, neglecting the many other possibilities offered by the technique.

The director had already used 3D in the documentary "Pina" about the contemporary dance choreographer, Pina Bausch. That's when he realized that a person filmed in natural settings in front of a camera obtains an unforeseen dimension when filmed in 3D. Suddenly the protagonists had an on-screen presence which could not be compared to anything the filmmaker had seen before, "whether in traditional cinema or in other three-dimensional works," he said.

Wenders integrated his previous experimentations with 3D for the first time in a work of fiction. His assumption was that a story told with this type of human presence would literally get "under the skin." A typical Wenders composition: The world seen through a window

"'Every Thing Will Be Fine' was exactly the right type of story to experiment with this new intimate 3D storytelling, because the characters are going through so much emotionally," Wenders explained.

The figure developed by Wim Wenders and his scriptwriter Bjorn Olaf Johannessen does acquire a new dimension with these artistic means. Viewers share the main character's pain and get drawn into his life.

The best storytellers don't need anything more than a true human tale to create a masterpiece.

The film "Every Thing Will Be Fine" is released in Germany on April 2 and on April 22 in France.

Acclaimed German film director Helmut Dietl has died at the age of 70, less than 18 months after publicly announcing his lung cancer. He won multiple awards in Germany, and was once nominated for an Oscar. (30.03.2015)

What Is Your Favorite European Bridge?

Bridges are not just useful for crossing rivers, railway tracks or roads. They are also popular photographic and postcard motifs. Some are architectural masterpieces. What is your favorite bridge in Europe?