Dieter Kosslick, who has led the Berlinale since 2001, is being replaced in 2019 by Locarno's artistic director, Carlo Chatrian, and Mariette Rissenbeek, managing director of German Films. 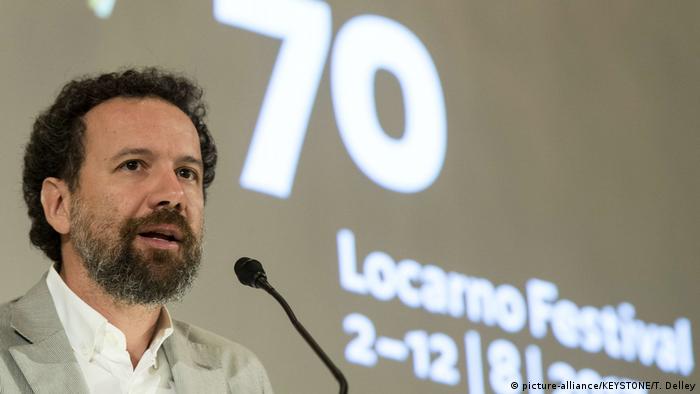 Monika Grütters, Germany's commissioner for culture and the media, officially revealed the names of the Berlinale's new joint leaders at a press conference on Friday. The pair will replace German Dieter Kosslick, who has headed the Berlinale since 2001.

Read more:Dieter Kosslick, the man behind the festival

In an interview with Germany's Zeit Online magazine last summer, Chatrian didn't seem to expect to be named for the role. While he said he considered the Berlinale to be one of the world's most exciting festivals, he didn't believe he would be chosen to direct it, as he doesn't speak German. He does however understand the language.

The Turin-born former journalist and film programmer has worked at the Locarno film festival  since 2002, taking over as artistic director in 2012. His new position at the Berlinale means the Swiss festival will have to launch its own search for a new director.

The search for Kosslick's successor sparked a major discussion in Germany, with prominent directors signing an open letter calling for a fresh start for the Berlin festival.

Ötzi the iceman hits the big screen, a mother flees and a family takes an unsettling vacation in the German contributions at the Locarno Film Festival. For DW's Julia Hitz, the German entries weren't daring enough. (09.08.2017)

What's next for the Berlinale?