Dieter Kosslick, the man behind the festival | Culture | Arts, music and lifestyle reporting from Germany | DW | 09.02.2015

Dieter Kosslick, the man behind the festival

The Berlinale director plans to stay at the head of the event until he's 70 - his contract was just extended through to 2019. Who would complain? He's the one who brought the stars and the business back to the Festival. 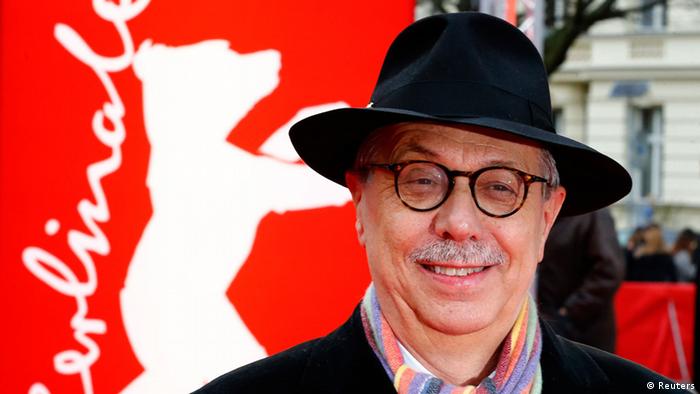 Dieter Kosslick may be an unpredictable man, but he's absolutely reliable when it comes to his public appearances. Year after year, the director of Berlin's International Film Festival always shows up on the red carpet wearing a hat and a colorful Berlinale scarf. On stage, he knows how to exude charm and flirt in his somewhat clumsy English. His tremendous sense of humor hasn't been threatened one bit by the pressures of managing one of the most important cultural events in Germany.

Born in the small town of Pforzheim in southern Germany, Kosslick, now 66, directed different film funds before taking over the Berlinale in 2001. The German film industry enthusiastically welcomed his arrival, as homegrown cinema had been neglected by Kosslick's predecessor Moritz de Hadeln.

Kosslick changed that right away, integrating more German films in the official competition, but also putting German cinema into the spotlight with new sections in the program, such as Perspektive Deutsches Kino.

Germany is particularly well represented in 2015 too. "With Werner Herzog, Wim Wenders, Andreas Dresen, Sebastian Schipper and Oliver Hirschbiegel, we have five German directors in the official competition. The 'Berlinale Special' section also includes the world premiere of Margarethe von Trotta's new film," Kosslick pointed out in an interview with dpa. He feels German cinema is currently doing well, with artistic and commercial successes. 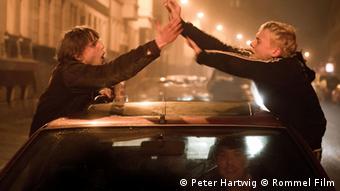 The tireless manager kept on developing the festival's program. He integrated his passion for food with the section Culinary Cinema. He also added the section NATIVe, which pays tribute to stories by Indigenous peoples. In 2013, the Berlinale Classics section started presenting restored versions of the festival's greatest hits.

Television on the big screen

This year Kosslick also integrated TV series in the Berlinale program. European, American and German series will be shown on the big screen: "There's been this TV series boom for at least five years, many people in our film industry work for the television too," said Kosslick. After all, 80 to 90 percent of all film productions are also financed by TV-broadcasters. "These series are fantastic, they are great examples of cinematic storytelling," Kosslick added. For him, the historical schizophrenic distinction between film and television is an outdated discussion. 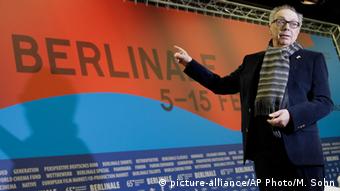 Dieter Kosslick shows the way at the Berlinale

By screening these TV series, Kosslick also wanted to demonstrate that the festival isn't missing out on the major current trends: "I believe some cinema owners are planning to do exactly what we are doing now - to present sneak previews of series in their movie theaters," he said. He wonders if the audiovisual industry will manage to establish a peaceful coexistence between movie projections in cinemas and Internet streaming or downloads for wristwatches.

Art and commerce as a concept

The spirited Kosslick does not snub popular entertainment and big shows on the red carpet. The Berlinale offers a festive setting for film producers to celebrate the premiere of their films. Such gala screenings are beneficial to both Kosslick and the production companies: The presence of big stars adds glitz to the festival's red carpet while promoting the film right before its theatrical release. This year's typical example is the premiere of "Fifty Shades of Grey," which opens the day after in all German cinemas. 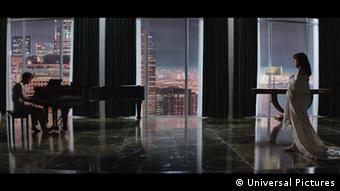 "Fifty Shades of Grey": glitzy erotica at the Berlinale, just a day before the film's theatrical release

Kosslick explains: "Beyond all the serious topics, of course there's entertainment at the Berlinale!" That's not a contradiction for the director. Kosslick knows what counts the most for a festival: its reputation. In contrast with Cannes and Venice, Berlin specializes in highlighting socially committed cinema. This is also true for this year's program. "There are thematic connections throughout the whole festival this year," he told dpa. Many films tackle such sensitive issues as the treatment of minorities, religious extremism or child abuse by members of the Catholic Church.

Banned from leaving his country, the Iranian dissident filmmaker Jafar Panahi will not be able to come to Berlin for the presentation of his film "Taxi." The film director was previously invited as a juror for the festival four years ago, but could not come then either. The invitation is still standing, claims Kosslick: "I'll keep inviting him until he can come." Since its beginning in 1951, the Berlinale has been fighting for freedom of art and expression. 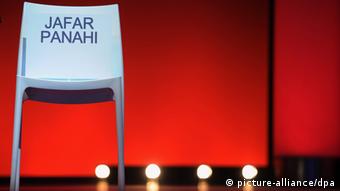 Jafar Panahi's chair stays empty during the presentation of his films

In reply to critics who keep complaining about the lack of artistically striking films in the Berlinale competition, Kosslick came up with a remarkable program last year. "Boyhood" and "The Grand Budapest Hotel" were two cinematic gems which turned out to be Oscar favorites as well.

The overload of events and films during the festival is also frequently criticized. Here Kosslick simply reminds that most events are sold out. This is probably this unpredictable man's strongest argument: he has the crowd on his side.

Art, glamor and business all meet at the Berlinale. With over 300,000 tickets sold, it is the biggest public film festival in the world. Get your trivia right here. (06.02.2015)

Juliette Binoche goes on a northern quest in "Nobody Wants the Night." The 65th Berlin Film Festival opens with a chill - on screen. A festive atmosphere on the red carpet compensates for the cold weather. (05.02.2015)

'Noah' director Aronofsky at the helm of Berlinale jury

The meaning of life has been a favorite theme for American filmmaker Darren Aronofsky, the man behind "Pi," "The Fountain," and "Noah." Now he's heading the jury at this year's Berlinale film festival. (03.02.2015)